Question number 6 in the creation.com Question Evolution campaign is, “Living things look like they were designed, so how do (Darwinist) evolutionists know that they were not designed?”

This question, logically, should not even have to be asked if all scientific observation enjoyed a level playing field. The reason it needs to be asked is because there is very obviously an a prioiri commitment to reject design among the Darwinist faithful.

Richard Dawkins wrote, “biology is the study of complicated things that have the appearance of having been designed with a purpose.” (Dawkins, R., The Blind Watchmaker, W.W. Norton & Company, New York, p. 1, 1986.)  After this famous quotation on page 1, he then spends more than 300 pages explaining why one shouldn’t make a design inference.  To quote his late countryman, “Methinks he doth protest too much.”

Francis Crick, the co-discoverer of the double helix structure of DNA, wrote, “Biologists must constantly keep in mind that what they see was not designed, but rather evolved.” (Crick, F., What mad pursuit: a Personal View of Scientific Discovery, Sloan Foundation Science, London, 1988, p. 138.)  Constantly?  Really?  They must constantly remind themselves not to draw a design inference when observing very obviously designed living things. 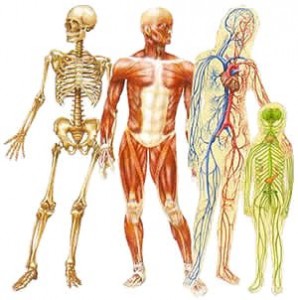 See, the problem for the proponents of the Darwinian model of evolution is that living things demonstrate far too many signs of design.

Who objects when an archaeologist says that pottery points to human design? When archaeologists stumble upon a lost city, they don’t think it just evolved over time by accident via purely random chance processes.  They immediately and correctly draw a design inference.  Yet whenever someone attributes the very clear signs of design in living organisms to a designer, that is somehow just not acceptable.

Why should science be restricted to naturalistic causes rather than entirely logical causes?

In fact, Crick later became a proponent of intelligent design after a fashion.  He now things that all living things on earth were designed and planted here by little green men.  Because, you know, the alternative is that we were created by God, just like He said in the holy scriptures.