On Tuesday nights, I volunteer for our family’s youth summer camp – Glen Eden.  We have BINGO every Tuesday night from 5:30 until about 10:00.  Some of those nights, I allow Kaylee to work with me.  There are certain weeks of the month that are way busier than others.

At the BINGO hall is a concession stand that sells the typical fare – mostly soy hamburgers on white bread, pork hotdogs, chips with processed “nacho” cheese, frozen “pizza logs” reheated in a microwave, etc.  Consequently, when I get home from the soup kitchen on Tuesday afternoons, I usually make a big dinner and take it to feed to the volunteers.

A few weeks  ago, Kaylee asked if she could get something from the concession stand.  I said, “I made beef stew.  Beef stew is your favorite. And homemade pimento cheese with homemade bread.” 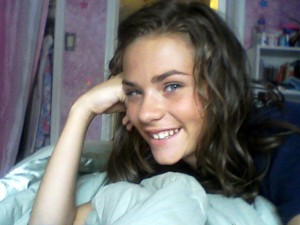 bread, beef bacon, free range, grass fed, blah blah blah.  One night a month,” she said, holding out one finger, “I just ask for one night a month to eat concession food.  Pleeaasseee.”

I was curious as to what she’d get.  Ever since watching Food, Inc., she has pretty much determined that she’ll be a vegetarian anywhere but our house, where she trusts the source of the meat.  [Exceptions being Grandma’s house (nothing bad can come out of Grandma’s house) and the Mexican restaurant where polo bandito is apparently the best thing ever.]

I think she ate fried mozzarella cheese sticks dipped in prepacked marinara sauce and some french fries fried in some old oil.  ≈shudder≈  But she was excited to get a reprieve from real food for that one night this month.