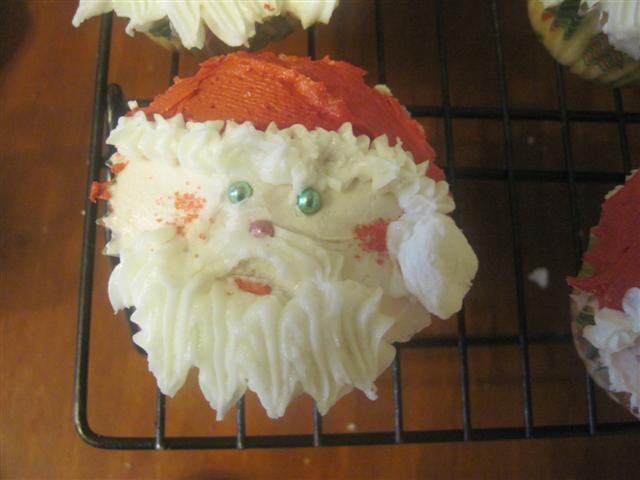 Make any batch of cupcakes.  I made Yummy Yellow Cake.

Make a batch of buttercream frosting. 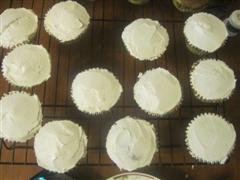 Tint about a 3/4 cup of frosting red.  Using a knife, frost about half of the top half of a cupcake red in like a swoosh.  See how I did it below.  This is Santa’s hat. 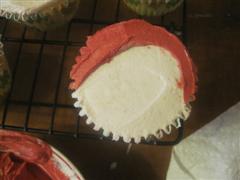 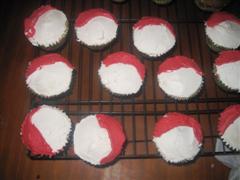 With a star tip (#16) and white frosting in a decorating bag, line the edge of the hat with small stars. 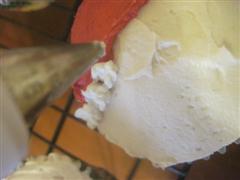 Where the mouth would go, make an arc for the mustache. 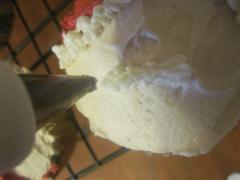 Working in a half circle, draw down the lines of the beard. 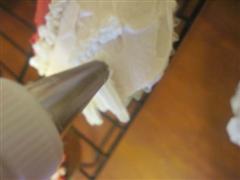 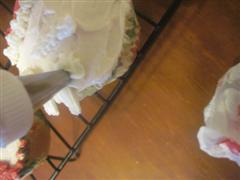 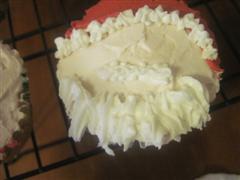 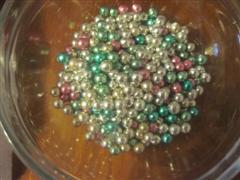 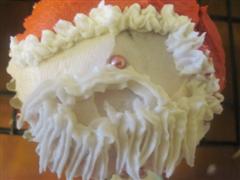 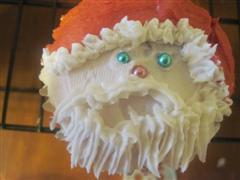 With jimmies decorating candies, place a red jimmie in between the mustache and the beard for his mouth. 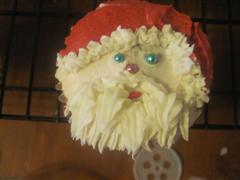 Put a mini-marshmallow at the end of the hat. 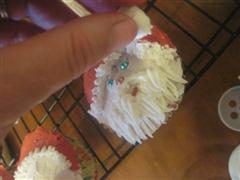 With red sugar sprinkles, give Santa some rosy cheeks. 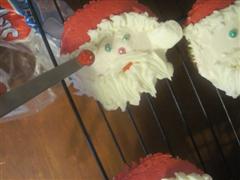 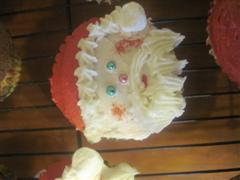 Insist to everyone that, yes, they’re good to eat, not just look at.  :)

It really isn’t hard to turn this into a mirror image with green instead of red and touches of brown instead of white to make little elf cupcakes. I mgiht do those next year.

Also, these go great with Rudolph cupcakes.  I make them together. 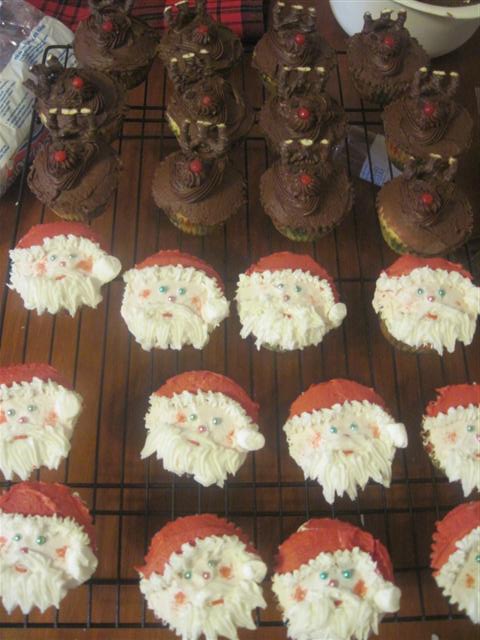