I’m going to preface this by saying that, yes, I know I need to weed.  The day in my schedule I had set aside to do it this week, I woke up to terrible thunder storms in the morning, followed by an out of town visitor in the afternoon, followed by Vacation Bible School in the evening.  I’m hoping it can get done today when I get home from the soup kitchen.

I no longer have a smaller garden, a corn garden, and a main garden – everything has been merged into one big “L” shaped garden. 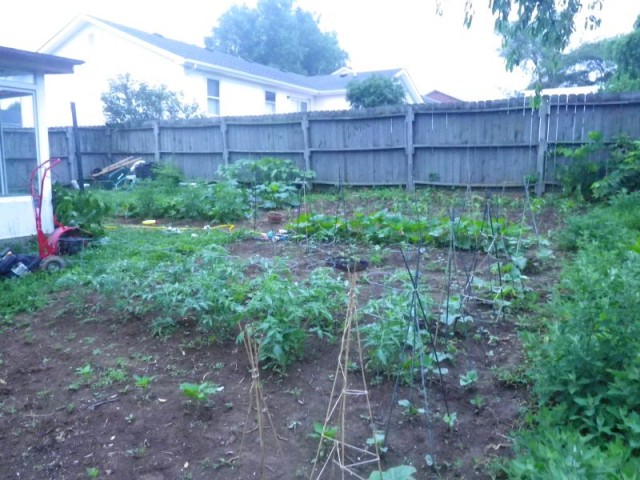 I was re-planting green beans and opened a packaged and the seeds were black.  I re-read the package, and instead of being “green beans” they were “garden beans” – but they look like green beans on the picture.  I don’t have a clue what they are, but I planted some in a space behind the sunflowers.  They’re getting shadowed right now, and may not recover from that, but I hope they grow just so I can see what they end up being like. 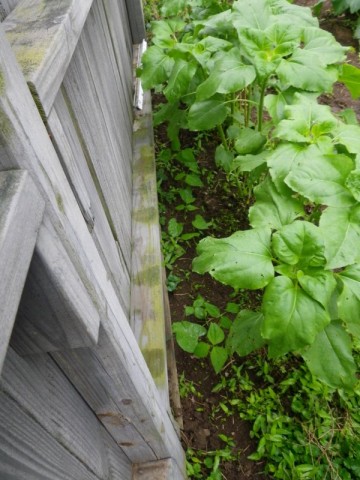 The squash are doing beautifully. 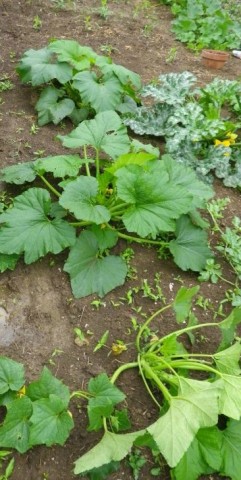 I have yellow squash and zucchini growing. 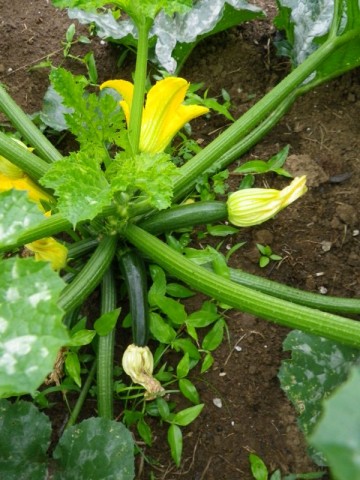 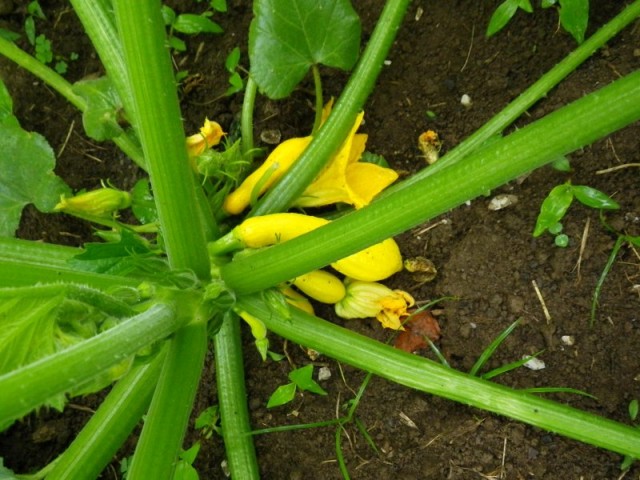 What I thought were cantaloupe is actually cucumber.  I don’t know how that happened, but you can  never have enough pickles or relish in a year.  And there’s nothing like fresh cucumbers in onions and vinegar, so I’m happy with two more producing plants. 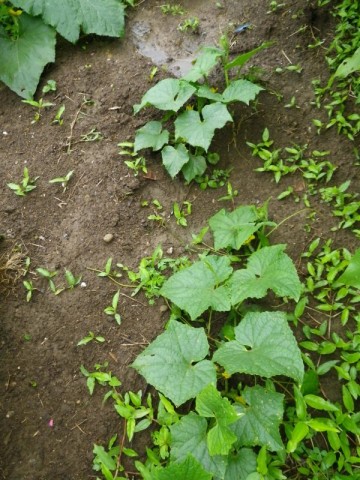 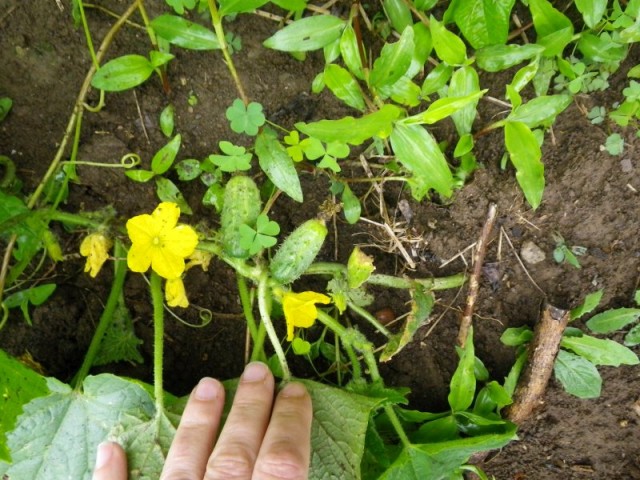 My yellow tomatoes are blooming. 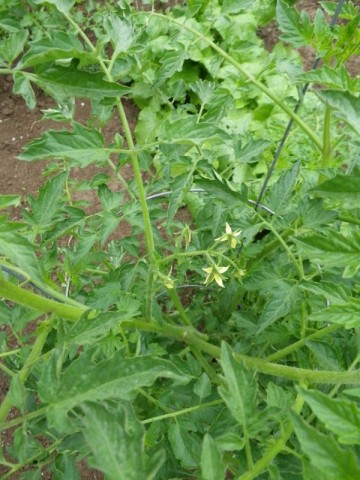 The turnips are beautiful.  I wish I had two rows of them.

I harvested the lettuce and planted more, but there’s little to see. 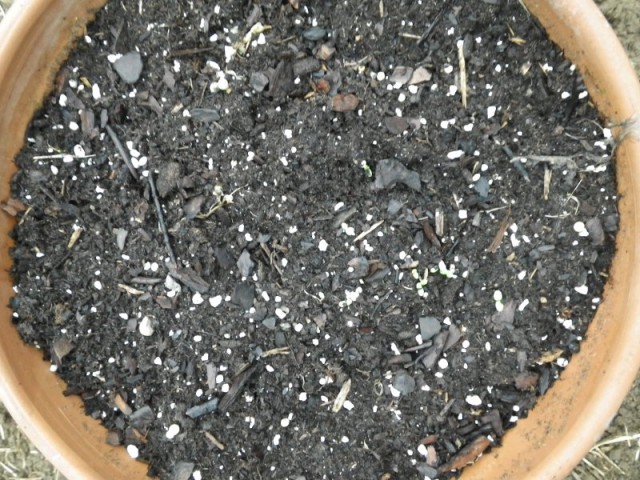 The corn is getting bigger. 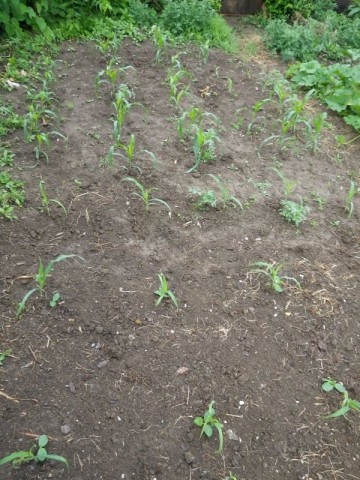 I have a few three sisters popping up. 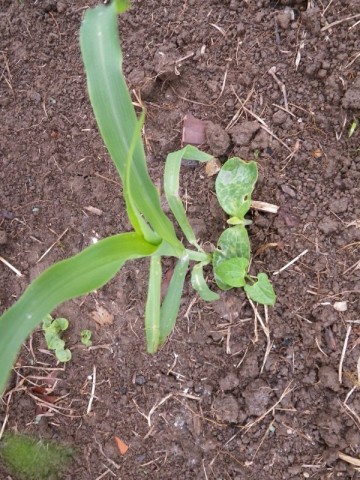 The two pumpkin plants are now the width of the entire garden.  There are blooms all through them. 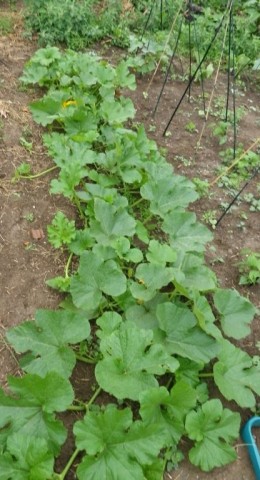 The green beans are finally showing some promise.

The green peas aren’t growing fast.  A friend told me they would have done better earlier – when it was cool.  We’ll see what happens, but this may have been a learning experience.

The red tomatoes are looking beautiful. 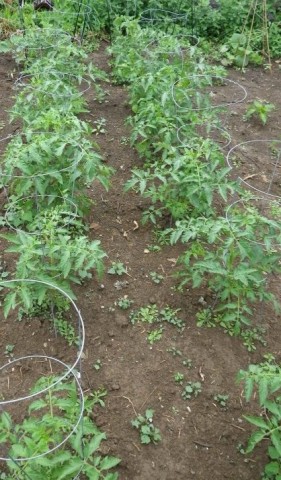 The green peppers don’t look like they’re struggling for their very survival anymore.

I’ve been harvesting radishes like crazy – and replanting more. 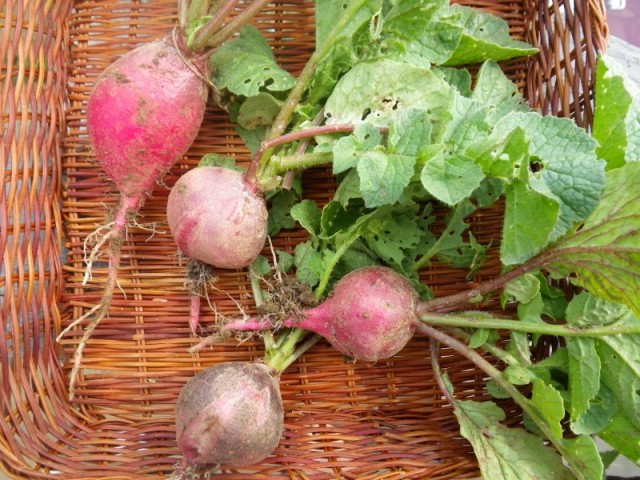 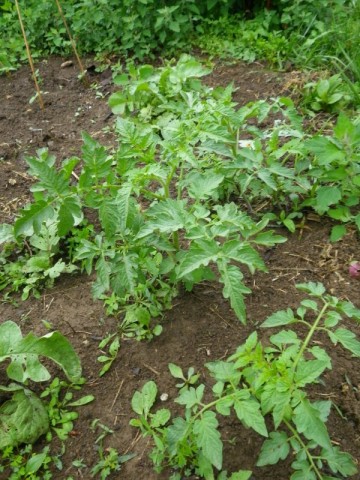 The cucumbers are doing well in some places and not in others.  I’ve replanted quite a few. 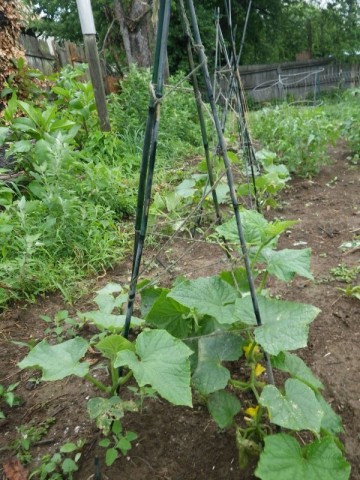 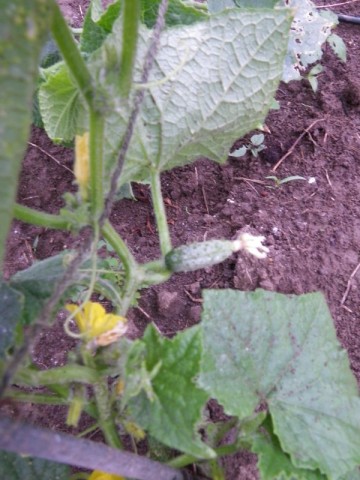 My horseradish will take over the world one day. 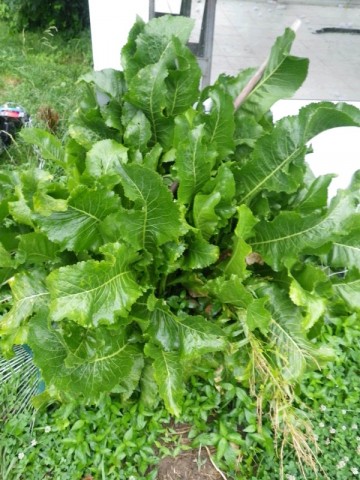 The extra tomatoes I planted aren’t doing great.  They don’t get a lot of sun next to the Florida Room and the monster horseradish plant, but they’re doing okay. 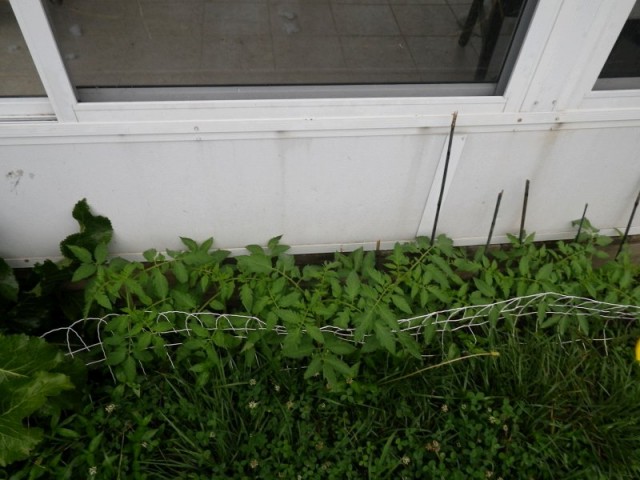 I also have apples growing in the apple tree.  And, the herbs I planted are doing beautifully – just don’t have pictures.

How is your garden growing?