Our son Scott was born at 30.5 weeks weighing 3lbs 5oz and was 16 inches long. He was born via emergency c-section after I’d been in the hospital for 10 days battling pregnancy induced hypertension. In the week between ultrasounds, he had apparently stopped growing. My body had started turning on him in an effort to keep me alive.

This was in July and my daughter was at her father’s for summer break. I have an awesome friend who took care of my dog for me, so I was able to focus completely on Scott. A week after his birth, Gregg was able to join us full time. My life became a whirlwind of hospital visits and pumping every 3 hours.

Because he was so small, the NICU doctor prescribed human milk fortifier to be added to his feeding tube with every feeding. Right after the first feeding, Gregg questioned them about what was being put into my milk. It was a soy-based human milk fortifier, and liquid form.  Whatever amount they had prescribed to feed him every feeding (let’s say 4 oz. but I don’t remember), half of it was fortifier.

Gregg had done some preliminary research into unfermented soy after hearing some nutritionists talk about it, and immediately told the nurses to stop giving it to Scott. We talked to the hospital nutritionist about what was available instead, and found out that there was a powdered milk fortifier by Enfamil that was milk based. This was better on two levels – one being that using the power meant that they just added it to my milk and all of the liquid would be my milk, made specifically for Scott by my body; and two, the powdered kind didn’t contain soy.

The problem was that it could not be found.  The hospital scrounged up enough to last a day or two, and the nutritionist was able to go to some outside sources and scrounge up another day’s worth.  But it was up to us to find more.  They said they’d use it if we provided it.  After going to three different pharmacies, we found one who ordered it for us, for over $100 for a 30-day supply, and we were able to give it to the hospital to use.

Over the last few years, we’ve done a little more research and a little more research and have discovered just how bad soy is for your body, especially for a male’s body. Gregg sent me the following links and included this in the email, “And I just am thanking God that He gave me the information I needed not to let good intentions on the part of the nurses bring Scott a variety of health problems at the time or later in life. Can you imagine the megadose of fake hormones he would have received weighing only 3 pounds? Can you imagine how hard his little body would have had to have worked to shed those toxins in addition to everything else that was going on like his little liver wasn’t already on overdrive? Thus the jaundice?” 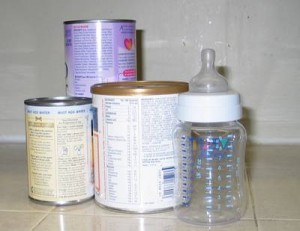 Approximately 25% of bottle-fed children in the US receive soy-based formula – a much higher percentage than in other parts of the Western world. It is estimated that an infant exclusively fed soy formula receives the estrogen equivalent (based on body weight) of at least 5 birth control pills per day.(14) By contrast, almost no phytoestrogens have been detected in dairy-based infant formula or in human milk, even when the mother consumes soy products. 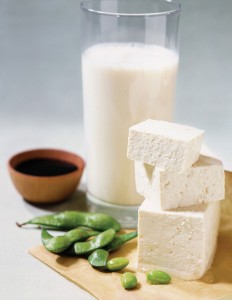 * contributes to thyroid disorder, especially in women
* Soy phytoestrogens are potent anti-thyroid agents that cause hypothyroidism and may cause thyroid cancer. In infants, consumption of soy formula has been linked to autoimmune thyroid disease.
* Soy phytoestrogens disrupt endocrine function and have the potential to cause infertility and to promote breast cancer in adult women.
* promotes kidney stones
* weakens the immune system
* Vitamin B12 analogs in soy are not absorbed and actually increase the body’s requirement for B12.
* Soy foods increase the body’s requirement for vitamin D.
* Fragile proteins are denatured during high temperature processing to make soy protein isolate and textured vegetable protein.
* contributes to food allergies and digestive intolerance
* Trypsin inhibitors in soy interfere with protein digestion and may cause pancreatic disorders. In test animals soy containing trypsin inhibitors caused stunted growth.
* Free glutamic acid or MSG, a potent neurotoxin, is formed during soy food processing and additional amounts are added to many soy foods.
* Soy foods contain high levels of aluminum which is toxic to the nervous system and the kidneys. Source: (www.westonaprice.org)

Soy is particularly problematic for infants and it would be very wise to avoid giving them soy-derived products, since it has been estimated that infants who are exclusively fed soy formula receive the equivalent of five birth control pills worth of oestrogen every day. Check out (www.westonaprice.org) to find some alarming research and statistics on what can go wrong when infants and children are regularly fed soy formula.

In order to derive some benefit from soy, consuming only fermented soy products – such as organic miso (mugi barley and genmai miso are the best), organic tempeh, soy sauce or tamari and natto – is the way to do it. This is because the phytic acid, which is inherent in soy beans, has been neutralized in the process of fermentation. Consuming fermented soy is very beneficial in recolonizing the friendly bacteria in the large intestine, which neutralizes the ‘unfriendly’ bacteria and allows for greater general assimilation of foods and nutrients.

And, I am wondering why hospitals and healthcare professionals even allow soy based products into the NICU or PICU where they can lead to so many harmful side effects. 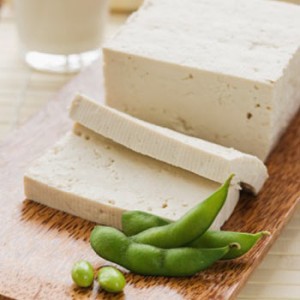 Additionally, higher midlife tofu consumption was associated with low brain weight. Brain atrophy was assessed in 574 men using MRI results and in 290 men using autopsy information. Shrinkage occurs naturally with age, but for the men who had consumed more tofu, there was unusually large shrinkage compared with normal brains.

In a major ongoing study involving over 3,000 elderly Japanese-American men, those who ate the most tofu (soy curd) during midlife had up to 2.4 times the risk of later developing Alzheimer’s disease.