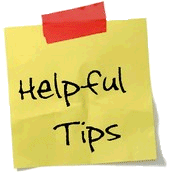 Gregg’s primary “Love Language” is Gifts. Practically whenever he goes shopping, he comes home with some little something because he thought “Kaylee might like it” or it “Made me think of you.”

When we first married, Gregg would give me sparkly things like pearls and such on those special occasions when giving special gifts was called for, and explained that his rule of thumb was that he would never get me an anniversary present, for example, that “plugged in.”

We had been married for three years when I sat him down and said, “Honey, I want a stand mixer. Like a KitchenAid or Viking.”

I could see the trips to the jewelry store transform in his mind as he asked, “What color?”

Gregg being who he is, when I said I wanted a blue stand mixer to go with my Americana Themed Hallee’s Galley, what he heard me say was, “I want a stand mixer with every possible embellishment and attachment that can conceivably hook to it. And get a blue one.”

So, I am blessed with a KitchenAide 6-Qt stand mixer, an extra bowl, a bread hook, a whisk, a paddle, a plastic paddle with rubber sides to scrape the bowl, a pasta maker, a pasta roller, a meat grinder, and some other things that I am not sure exactly what they are but I can’t wait to use them.

The problem is that when we moved far, far away from the 15 square feet I had in Hallee’s Galley in Florida and into our new kitchen in Kentucky — I mean, our new house! Into our new house! — the blue had to go. The Americana Themed accents I had so carefully and thoughtfully gathered over the last few years were destined for the yard sale pile.

In the new kitchen, all of the fairly new appliances were appliance black with stainless accents. A big black double fridge and a black stove with a black dishwasher! Fortunately, Gregg had been purchasing mostly stainless steel appliances from my can opener to my toaster. They would all match okay.

But — not the blue stand mixer.

I started to put it up in the Armour out of sight so as not to frighten any unsuspecting guests. I would haul it out every time I needed it and quickly hide it away again before the blue had a chance to clash.

This past March, before Gregg left for his tour in Afghanistan, he went into a home improvement frenzy. He replaced every outlet cover and doorknob, coated the house with all kinds of paint and wallpaper, and generally made a mess in the name of renovating.

The kitchen was by far the biggest project.

The previous owner had mounted a gigantic vented microwave over the stove top. The problems with that were, first, there was no vent. Second, and most infuriating, there was no room to insert a decent sized pot on top of the stove because said giant microwave left me only about 8 inches of space to work with. The light bulbs had burned out but could not be replaced since there was no clearance to remove the light covers. Long story short, he took it out of the kitchen, and if anyone wants a good deal on a perfectly good over the stove microwave oven with built in lights and vent fan, please message me. I’ll sell it cheap.

With the microwave out of the way, he replaced every knob, hinge, and drawer handle with a stainless one, saying farewell to the fake brass knobs, hinges, and drawer handles circa 1972. He purchased an epoxy resin product sort of like nail polish and painted over the avocado countertop transforming it into an attractive slate gray for about twenty three dollars. Then, after tolerantly painting the chair-rail and trim a color that that I picked out that is something between a pink and purple, he papered the entire room with a coffee themed paper and crown trim. Then he mounted all kinds of stainless steel hooks to hang things on under the counters. He finished the room off by adding soft LED lighting under the counters, which is just awesome.

But the topper was my new stand mixer.

He had purchased a can of black appliance touch up paint for around seven dollars. After he disassembled my mixer and masked it off, he applied a few careful, patient coats. A few hours of drying time later, he put everything back together and there was my “new” mixer which will never again be hidden in the armour.

It looked so good, he used the rest of the paint can to paint our white rotisserie oven to match.

I learned a lot. If you want a new look for your kitchen, doing a few simple and relatively inexpensive things can really transform the room.

So, my tips are these.

Try replacing the drawer and cabinet door handles or knobs, and the hinges — don’t forget the hinges — with a nice looking but inexpensive set that will accent the look of the room. Prices vary, of course, but a decent, sturdy, attractive set can usually be found for just a few dollars.

Tired of your Formica counter tops but can’t afford that new granite countertop this month? For right around $20, you can get a can of countertop treatment which fills in the old cuts and scratches and dings, and coats the whole counter, making that Formica look better than new in one of 40 possible modern colors while you save up for the giant kitchen remodel you know in your heart is coming soon! NOTE: They also make this same kind of inexpensive paint product for bathtubs, sinks, and toilets if you inherited those 1960’s puce fixtures from the previous owner.

Rope LED lighting is inexpensive and provides a warm, soft glow under the counter. It also plugs in normally, so no special wiring is required. Some reflective tape behind it concentrates the light, and viola, you can leave it on 24 hours a day since it generates almost no heat.

Lastly, say you find a good deal on an appliance, like a used one or a refurbished one, or maybe one from an outlet mall, or from a close friend, but it’s the wrong color. Or say you move into a new house and your appliances no longer match the new domicile, maybe hubby can paint it to match your other appliances and for less than $10 and in about a day?