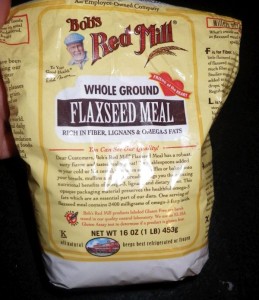 Flaxseed is incredibly good for you.  It contains Omega-3 essential fatty acids that are really great for your heart.  It also contains lignans, which are an antioxidant.  It’s also a really great source of fiber.  That makes this tiny seed help reduce risk of heart disease, cancer, stroke, and diabetes.

In fact, in 8th century Western Europe, King Charlemagne believed so strongly in the health benefits of flaxseed that he passed laws requiring his subjects to consume it.  There is historical evidence that flaxseed was cultivated in Babylon as early as 3000 BC.  I love history with food like that.  There’s a type of wheat I use that was the kind of wheat found in Egyptian pyramids and suggests that it was the kind of wheat that Joseph (aka Joseph’s coat of many colors) stored in preparation for the famine.

We have always had flaxseed on hand for our high protein smoothies.  I buy it pre-ground, because it’s an oily seed and would clog up my grain mill.  I just pop a tablespoon of flax into the blender when making smoothies.  I also have flaxseed oil that I use to make some salad dressings.

I had a friend who was going to send her husband pre-mixed cookie dough to Iraq, but wondered if there was an egg substitute that he could use.  I did a quick search and discovered that flaxseed can be used to substitute for eggs.  I pulled out my package of flaxseed and there it was on the package — use 1 TBS flaxseed and 3 TBS water for 1 egg in a recipe.

That was very cool to me!  So, I made Old Fashioned Whole Wheat Buttermilk Pancakes the next morning and instead of using an egg, I used flaxseed.  I dissolved 1 TBS flaxseed in 3 TBS water for about 5 minutes then added it to the batter. 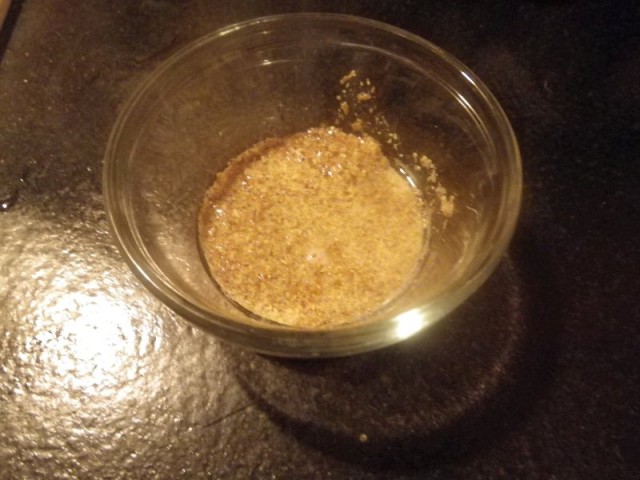 They were great!  They rose perfectly and tasted wonderful.  I could tell no difference other than fact that I could see the seed — which is fine with us because I use fresh ground wheat, so there’s already some grain visible in pancakes. 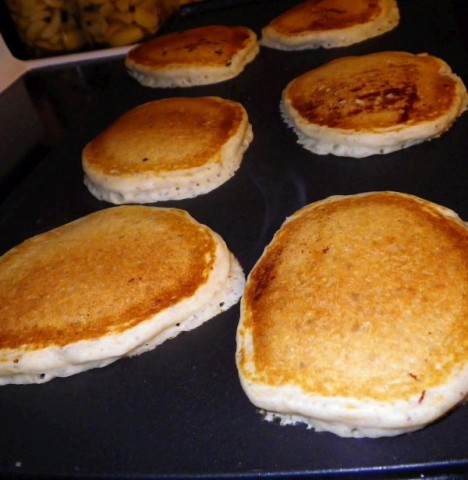 That was a few months ago, and I took pictures and intended to write a blog post and just got busy with the rest of my life.  Then, a few weeks ago, I was making a loaf of Whole Wheat Honey Oatmeal Bread and realized — I had no eggs.  I remembered the flaxseed trick.

Let me give you a quick background of my bread making.  I have always used my Kitchenaid mixer to make my bread.  But, the summer before last, I burnt the motor out in my mixer.  We had to send it to Kitchenaid and wait a few weeks for it to be returned.  It kind of crippled me.  Right after I got it back, I went to make a batch of bread and I could tell that the motor had to really work that dough.  While the Kitchenaid may be great for occasional bread making, I make a loaf of bread every-other day, and I just think it was too much work for it.

So, I pulled out my bread maker and used that to make bread.  But, it had two problems — one, I didn’t like the shape of the loaf.  It was short and deep – making mega-huge slices of bread; two, it has about a 30 minute warming cycle before it starts mixing dough, and in that time, the eggs were getting cooked.

To combat these two issues, I set the setting just to mix and rise the dough, and I started adding the egg after it started mixing — which meant that I had to babysit the process.  The bread maker is designed just for mixing bread doughs, and the motor doesn’t get taxed in the kneading process.

When I ran out of eggs a few weeks ago, I remembered my flaxseed trick.  I needed two eggs, so I added 6 TBS of water and 2 TBS of flaxseed to the dough.

It made a perfect, wonderful loaf of bread!  I have now solved the problem of having to babysit the bread making process – and now use flaxseed exclusively when making my Whole Wheat Honey Oatmeal Bread. 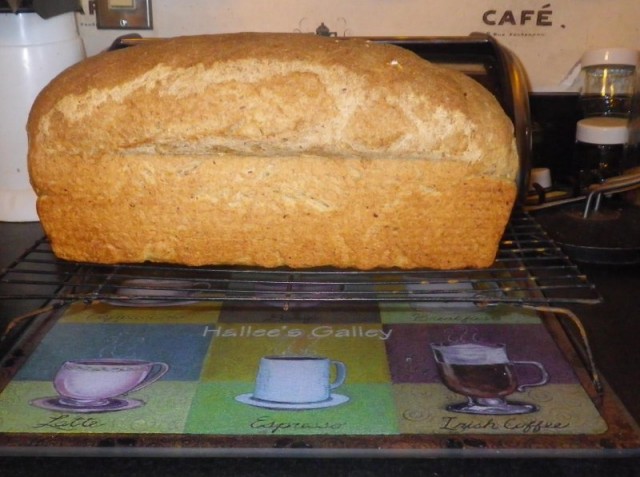 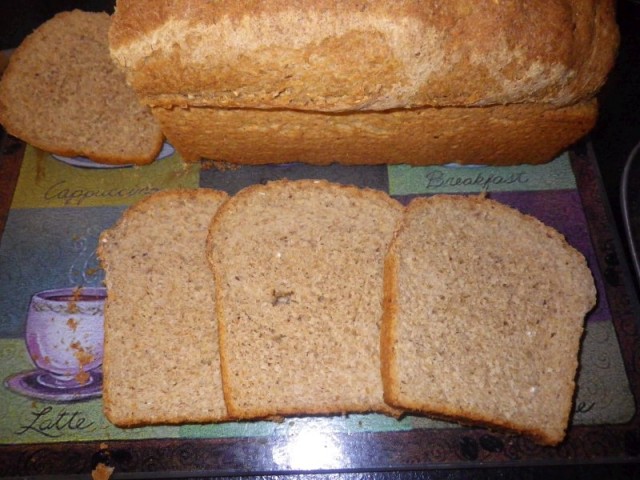 So, I’ve tried the flaxseed in a quick bread (Old Fashioned Whole Wheat Buttermilk Pancakes) and a yeast bread (Whole Wheat Honey Oatmeal Bread) and both times were resounding success.  As good as flaxseed is for you, I will reach for flaxseed before eggs in daily baking now.