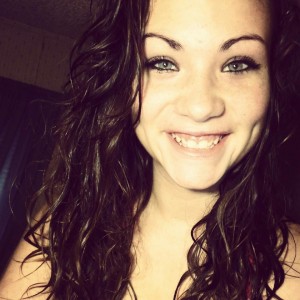 I had to be 16 before I could start dating.  I tried to make that a rule for Kaylee, but Kaylee and Gregg both wore me down to 15.  But Gregg put a condition on it: before Kaylee could start dating, she had to go on two dates with him.  I think he had a couple of objectives in mind: (1) to show Kaylee how a girl ought to be treated on a date so that if she is treated differently, she would know the difference; and (2) to have that intimate, private time with her to talk about boys and how they think and what they do and other ‘things’ away from home and brothers and distractions.

They had their first date a few months ago.  They kept it simple — a movie and some Sonic.  Gregg explained that a movie and dinner is a great date because the movie provides you something to talk about, to break the ice, and get other conversations going.  They both had a great time.  Then life got busy and no one thought about it anymore.

Unlike most of her friends, Kaylee hasn’t ever had a “real” boyfriend.  She has watched the drama unfold over the last five years with friends bouncing from boy to boy and is just disgusted and impatient with the game.  As her friends have gotten older, she’s seen the damage done by that kind of flittering from boy to boy and a disregard for caution: friends who were pregnant and didn’t know which boy was the father; friends who have been abused both mentally and physically; friends who have experimented with homosexuality and are just broken with life.  She also confessed to me that boys know she doesn’t “sext” (sex-talk texting), she doesn’t do bad pictures, and she isn’t interested in a sexual relationship.  Apparently, that’s the standard dating rituals for high schoolers these days, and her stand has been very vocal against such activities, thereby placing her unattainable and undesirable.

She has also said that she doesn’t want to be distracted by a boy because her focus is on maintaining straight A’s and playing volleyball.  I told her that she just said that because there wasn’t a boy distracting her yet.

We also have a strict standard for her as it pertains to whom she can date: he must be an active Christian who attends a Bible believing church.  We will not bend with that.  The Bible warns about being unevenly yoked.  Her question when this was established was this: What if I really like a guy and he isn’t a Christian?  Our answer was: invite him to church and church events, but no dating and no “boyfriend” unless he is or until he becomes an active Christian.

So, the other day, Kaylee came to Gregg and me and said, “I think we need to have our second date.” 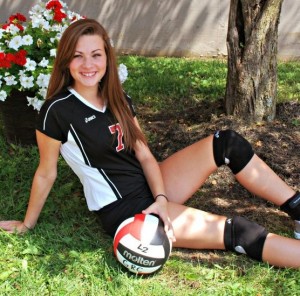 Apparently, there’s a boy.  A strong, believing Christian from a good family who goes to a good church who is just waiting, as patient as a 16-year-old boy can be, for her to have her second date with her dad.

A new phase in our life: dating is about to begin.

I thought I would resist the notion.  I assumed there would be some internal denial that this could be happening and that my daughter should not be old enough to go on a date with a boy.  But, somehow, I’m kind of excited about this new tide.  I’m excited for her.  I’m not looking forward to heartbreak and tears, or the kind of pain that only a boy can bring.  But I am looking forward to the stress of the right outfit for the right date, talking to her about life, and watching her continue to blossom into adulthood.

Strangely, Gregg is, too.  Everyone has always joked with him about having a shotgun collection as Kaylee got older.  But he constantly reinforces to me that she’s a GOOD kid and will make good decisions.

I’m puzzled by our acceptance of this new phase without any resistance.  But I’ve never been the kind of mom who cries over putting away the baby blanket or a child outgrowing their first pair of walking shoes or anything like that.  Every age has been my favorite, has brought something new, and has given us something to learn.

To everything there is a season, A time for every purpose under heaven. Ecclesiastes 3:1