Question number 7 in the creation.com Question Evolution campaign is, “How did multi-cellular life originate?” 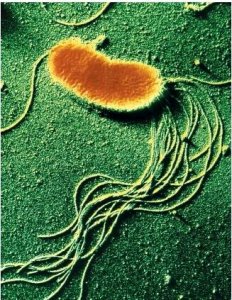 After all, if inorganic, lifeless rocks and dirt can decide to one day just up and form a single asexually reproducing self-replicating living cell that is able to eat, eliminate waste, maintain life saving processes, and survive with really no problems in the given “primordial” evolutionary environment (abiogenesis) then it makes perfect sense that the thus magically created and equally magical single cellular organism can decide it wants future generations to become a multi-cellular organisms via even more utterly unexplained evolutionary processes, doesn’t it?

The Neo-Darwinian Evolutionary Synthesis is the currently accepted model of evolutionary theory.  There are some debatable details such as saltation and punctuated equilibrium, but really it all goes back to Lamarkism with the rationalizations of mutation adding information and natural selection sorting the information out.  Now, the truth is that mutation cannot infuse new information into the gene, and neither can selection, but that isn’t the point of debate for this question.

The point of this post is that whenever you decide to question the merits of their preposterous theory with a true believer, the Darwinist ALWAYS excludes abiogenesis from the debate.  “The origin of the original cell has nothing to do with evolution,” will be his emphatic claim.

Okay.  Well, that seems to utterly lack any logic whatsoever, but we can go with that assumption.  Let’s move the goal post and cherry pick and allow those fallacious parameters to dictate the agenda.

Just for the sake of argument, let’s assume that we CAN safely exclude the origin of that first original hypothetical simple cell from the debate — how, then did simple single celled organisms “evolve” into complex multicellular organisms?

That cannot be excluded from the question, also, can it?  Or are we actually expected to move the goal post once again?  Without moving the goal post, Darwinists simply MUST have an answer for this taking place.  The question is, how did cells adapted to individual survival ‘learn‘ to cooperate and specialize (including undergoing programmed cell death) to create complex plants and animals consisting of more than single cells?  How did cellular specialization occur?

The Darwinist faithful have an answer.  The answer is that “somehow, someway” evolution did it.  Yes, dear friends, unknown and unknowable and never, EVER observed or observable magical evolutionary forces performed this supernatural feat using only random chance and time and only –ONLY — naturalistic processes.  That is the answer.  That is exactly as specific as that answer ever gets, too, without delving into seriously questionable territory.

This is what happens when pure philosophy masquerades as science.  While it is safe to have faith in a religious belief that magical events can occur all under the “evolution” umbrella, it cannot pretend to elevate itself to an area so grand as to call itself fact or science.  It is pure religion, godless though it may be. 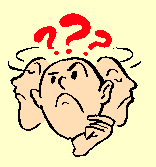 The Bible explains the origin of life in a scientifically consistent manner with both integrity and cogency.  By contrast, the more than 200 year old theory of evolution has actually developed more holes since it first captured the popular imagination.