How old is our planet, the Earth? The honest and factual answer is that no one knows. 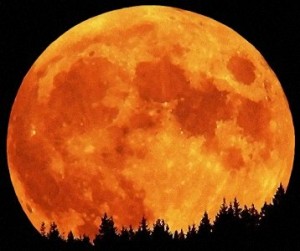 In this series of Sunday posts exploring the age of the earth, we have established that vast amounts of time don’t prove Darwinism. However, it turns out that short amounts of time, young ages for the planets and the universe, directly refute Darwinism. This morning, I continue to document facts about the age of the earth and the universe in which we exist. There are numerous facts that tend to point to the conclusion that our world is quite young.

This post will focus on some of the evidences from beneath the surface.

Consider Evidence from Beneath The Earth’s Surface 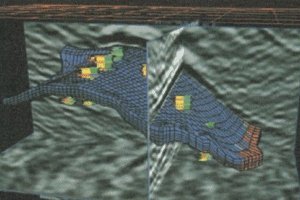 ESCAPING NATURAL GAS: Oil and gas are usually located in a porous and permeable rock, like sandstone or limestone, which is sealed by a less permeable layer of rock-like shale. Fluids and gas can easily travel through the containing rock, but more slowly pass out of the less permeable cap. In other words, natural gas still travels through the shale cap, its movement is simply slower than through the permeable rock.  Darwinist theory postulates that, tens or hundreds of millions of years ago, the oil and gas were trapped in these pockets in the earth inside the “impermeable” rock layers.

A recent study analyzed the rate of escape of gas through shale caps. It was found to be far too rapid for acceptance by Darwinist theory. In fact, if the world were billions of years old, all the natural gas would already have escaped millions of years ago. 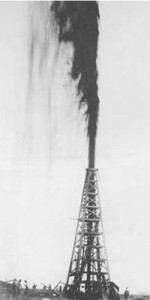 OIL PRESSURE: Frequently, when oil well drillers first penetrate into oil, a geyser (“gusher”) of oil erupts. Studies of the permeability of the surrounding rock indicate that any pressure within the oil bed should have bled off through the permeable and less permeable rock layers within a scant few thousand years, but this obviously has not happened yet. The great pressures found in all existing oil reserves could only exist  for a few thousand years before a state of equilibrium is achieved.  This is a physical law and one hundred percent reproducible in laboratory experiments.

The rock surrounding the oil and gas is permeable at some level.  Applying great amounts of pressure necessitates that the oil and gas would first seek capillarity, then seep into the surrounding substrate until the pressure equalized.  Imagine squeezing a quantity of water with chalk.  The water would penetrate and travel through the chalk until the pressure equalized.  Given millions or billions of years, there should by now be no pressure left at all, or if any, certainly not the thousands of pounds per square inch we find in modern oil deposits.

“Why do we see an explosive gusher when a drill strikes oil? Because oil, like natural gas, is maintained in the earth at enormously high pressure—about 5000 pounds per square inch at a depth of 10,000 feet. Supposedly oil and gas have been lying there for millions of years. But how could they have lasted that long without leaking or otherwise dissipating those extreme pressures.”—James Perloff, Tornado in a Junkyard (1999), p. 136.

The excessive pressure within the oil beds flatly refutes the “old earth” theory and provides strong evidence that these deep rock formations and the entrapped oil found within them are less than 7000-10,000 years old. 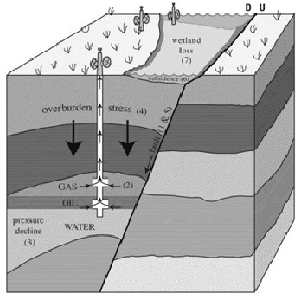 OIL SEEPAGE: In Science Magazine volume 176, Max Blumer wrote that oil seepage from the ocean seafloor “cannot be a source of oceanic oil pollution.” He explained that if the quantity of oil presently found had regularly seeped out of the ocean floor, then all the oil currently found in offshore drilling operations would have been long gone already if the earth were even any older than a mere 20,000 years old.  By contrast, geologists have already located 630 billion barrels of oil that can be recovered from offshore wells.

So, on the one hand, if the earth were older than 20,000 years, there would be no offshore oil deposits of any kind to locate and recover through oil rigs.  On the other hand, there is an amazing abundance of oil available.  The evidence then tends to point to the fact that the earth is less than 20,000 years old.

NO DESTROYED ANCIENT OIL RESERVOIRS: Darwinists state that it takes millions of years for oil to form.  Oil, diamonds, and coal can be formed in less than an hour in the laboratory.

If long ages of time had elapsed since the earth was formed, then we should find evidence of anciently destroyed oil reservoirs. There would be places where all the oil had leaked out and left behind only residues.  This would be evidenced in drilling cores. But such locations are never found and such evidence does not exist. Coal is found in various stages of decomposition, but oil reservoirs are never found to have seeped away.  The evidence tends to indicate that all of the oil in the world must have been formed only in the recent past.

MOLTEN EARTH: Deep within the earth, the rocks are molten, lakes of magma.  If the earth were billions of years old, then millions of years ago our planet would have cooled far more than the present core temperatures. 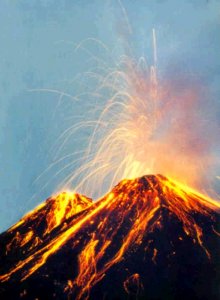 VOLCANIC ERUPTIONS: There are relatively few active volcanoes today but at some time in the past, there were thousands of active volcanoes.  The greater part of the earlier volcanism apparently occurred within a narrow band of time about 4,700 to 5,000 years ago. If it had lasted longer, our world today would have a far larger amount of volcanic material covering its surface and in sedimentary deposits.

If even the present low rate of volcanic activity had continued for the millions or billions of years claimed by Darwinists, there would be far more lava and far more igneous rock than presently exists on our planet.

ZIRCON/LEAD RATIOS: Radiogenic lead gradually leaks out of zircon crystals, and this transfer occurs more rapidly as the temperature increases. Doctor R.V. Gentry studied Zircon crystals taken in core samples from five levels of a very hot, dry 15,000-foot hole in New Mexico, that demonstrated temperatures always above 595.4° F. By comparison, that is more than 392° F hotter than the sea-level temperature of boiling water.

ZIRCON/HELIUM RATIOS: When uranium and thorium radioactively decay, they emit alpha particles.  These are helium atoms stripped of their electrons. Analysis of the helium content of those same zircon crystals, from that same deep New Mexico hole, revealed amazingly high helium retention in those crystals. To be clear, helium is a gas and can diffuse out of crystals much more rapidly than other elements, including lead. Since heat increases chemical activity, all that helium should already be long gone if the earth is more than even a scant 8,000 years old.  For a very technical explanation of this, click here.

SOIL-WATER RATIO: The water tables, globally, are rapidly draining.  It turns out that the soil beneath our feet exists in a partially water-soaked (saturated) condition.

As an aside, this is compelling evidence that a global flood took place, and that it occurred not more than 5,000 to 7,000 years ago.  In a few months, I will cover this more thoroughly in a series entitled “Flood Geology.”

In point of fact, if the earth were billions of millions of years old, the water tables would have already drained to a state of equilibrium, which they have not.  This is compelling evidence that the earth cannot be more than 6,000 to 10,000 years old.

The truth is that no one either living or dead has ever come up with a plausible explanation for how the universe came to be, how the galaxies and stars and planets follow their orderly paths, how the moon and the earth are so perfectly placed, how life on our planet even exists — without all of it having been created. There is no sound theory in existence that leaves out the Creator.

Once again, to all the Darwinists poring over every word of these Sunday posts, I will not publish any comments that consist of little more than childish name-calling.  Get a clue, get a life, and learn some manners.

If you compose an intellectually honest argument that summarizes a counterpoint to any of the scientific points I have mentioned, leave out the cursing and the name-calling, and debate the actual point(s) of contention, you have my word that I will publish your silly nonsense in full, and I will respond in a respectful, clearly thoughtful, logical, and scientifically supported fashion.

It seems to me that if your scientific points were so “devastating” to the scientific facts I have documented, that you would easily be able to state your case without all the sound and fury signifying nothing.  It seems to me that you would be able to gut my points outright with a few — you know — FACTS of your own.  That you have only been able to spew obscenity speaks volumes to the weakness of your religious beliefs.