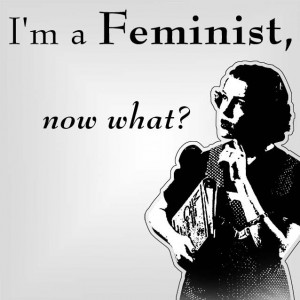 In honor of that, I thought I’d tell a little story.

Long ago, when I first started my blog, I was contacted by someone about the “homemaker” definition in the sidebar of my blog.

For a little background — this definition is the earliest definition of “homemaker” that we could find.  That’s why it’s there.  It’s the first time homemaker was found in a dictionary.  It’s just a historical thing.

So, I get contacted by this person. And I’m going to qualify that I love this person very dearly and always have.  This is simply an opinion of life on which we have disagreed, and butted heads, for over 20 years.

“At your site today, I noticed the definition of ‘homemaker.’  I’m sure its completely there for effect … after all, who visiting the site would need the definition. But as I was looking at it, I found that I was offended. After all, I make a home as a wife and mother, but I also make more money than my husband does. So that excludes me from being a homemaker by definition. It’s not a criticism of your lifestyle … sometimes I wish I didn’t have to work (sometimes … I find a great deal of fulfillment in my chosen profession). But at the same time, I almost found the definition critical of my lifestyle. Maybe I’m not within the demographic of your blog’s audience … maybe no one else would find that offensive. Just a thought. Maybe I’m just a little touchy because ..[insert personal life stuff]… And that’s a lot of mental, emotional and physical stress for me. Anyway … I don’t mean to offend you because I was offended. I just wanted to share that thought with you.”
My response was the same as it always is when someone brings up that particular definition on my sidebar.  ” That was how homemaker was defined in 1876, which is why the date is on there. If you’ve read my articles concerning homemaking, you’ll see that I don’t exclude the women who work jobs.”

Her reply, ” You are under the impression that I haven’t read those posts? I have … and just again this morning looked through them. Your posts say that you can have a career and still be a homemaker. But your “1876” definition of the word is right there on the home page and soon as it loads. So, if that’s not how you feel, I ask you what is the point of putting a 134-year-old definition on the site?”

My reply, “Because I like the definition. I like the lack of political correctness and the simplicity of it. I like the concept of a wife and a mother managing a home while the husband earns a living. I think it is the perfect model in the ideal situation. Because I really am black and white like that.”

Her reply, ” Well, black and white, in 1876, women were not even considered citizens of the United States, nor did they have the rights given under citizenship status. I could go into a whole long list of why 1876 wasn’t ideal, nor was life ideal for women in 1876.”

My reply, “I don’t think that the women’s movement has done anyone any justice, personally. I would say that most women have it harder now than they did in 1876.”

She said, “Forgot the rule. Don’t talk about religion or politics or express any opinions. Gotta go back to work now.”

I said, “The problem with discussing religion, politics, or opinions is that there comes a moment when someone shows a lack of respect, which is where it starts to go downhill. Fact: 1876 women weren’t citizens, etc. Opinion: I think that most women have it harder now than in 1876. Lack of respect: UGH. I’ll go buy you a corset.”

Her reply:  “But I noticed you didn’t mention voting there when you were talking about disrespect. Could it be that there’s some some “justice” you enjoy from the women’s movement?”

My reply:  “I would be as interested in politics whether I could vote or not. I don’t care that women couldn’t vote any more than I care than women can. Because I have the right to vote, I vote because I feel I have the civic duty to do so. But, if I could not vote, I would trust my husband’s decisions in the voting booth to speak for my family.”

That was the end of the conversation. 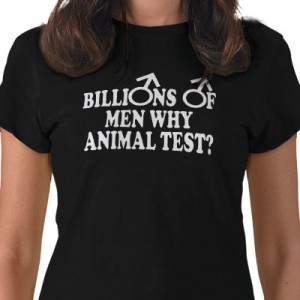 On a recent Pinterest, I saw a sign that read, “Feminism is the radical notion that women are people.”

I thought, “That may be true, but it’s also the radical notion that men aren’t worth being people (unless they’re homosexual), nor are the unwanted unborn, nor is anyone who disagrees with the feminist ideology.  To radical feminists, I’m not worthy of being a person, either.  I’m a waste of breath, and a waste of life.”

So, while it’s “radical”, it’s only an ideology.

Let me say something here that I’ve probably danced around but never said.

I’m not a feminist.  I never have been.  I do not like feminism or what it’s done to our world.  I do not like the fact that the majority of families, when they actually are intact families, have both parents working.  I believe that is detrimental to the family, and I believe that is the cause for the higher divorce rate, the emasculation of men, the collapse of the family, and the beginning of the collapse of the church.  I believe that when the family is at risk, then the church is at risk, and Satan wins.  Which means that I personally believe that feminism is a tool of Satan designed to destroy first the family and then the church — whether those impassioned with the notion of feminism realize they’re being used by the enemy or not.

Addendum post publication:  (And this is not an “attack” on all mothers working — I discussed that in detail in my post titled, “When I Grow Up I Want to Be a Mom.)