I have been mentally working on a post on this topic for some time.  It’s always kind of been there, in the background, but several months ago, I was blog surfing and came across a blog called Homemaking on a Whim and a post titled, “Is Working Outside the Home a Sin?”  The title kind of threw me off guard, and I dug a little deeper into it, finding the reference to another series of articles on a blog called Courageous Homemaking.

As I read these articles and series of articles and the resulting comments, I knew I had an opinion about it, but I couldn’t really “verbalize” that opinion because there was more to it, so I decided to start studying and praying about what I wanted to say.  I think, because of the mindset of most Christian homemaking bloggers, my resulting opinion will surprise you.

In continuing our discussion of Vicki Courtney’s 5 Conversations You Must Have with Your Daughter, we enter into Chapter 16, “When I Grow Up, I Want to Be a Mom.”

But, as far as the rest of the chapter goes, it is an area of great interest to me, and an area where I’ve held some pretty strong convictions in my lifetime.  I think this is a good opportunity for me to fully explore those convictions and opinions.

I posed two scenarios on my blog and asked for feedback on those scenarios.  Scenario number one was as follows:

What is your reaction to your best friend’s life choice?  Please provide an honest reaction.

And scenario number two was as follows:

Your daughter is 20.  Joe is her long-term boyfriend.  You love Joe and his parents love your daughter.

Your daughter is in her second year of community college and is now being pressed for a major.  She finally comes to you and declares with much sincerity that she has no desire to continue college.  She has no desire to pursue a career, feels it is foolish to continue to continue accumulating debt in the form of student loans educating herself for a career she has no intention to pursue, and that she and Joe just want to get married right away instead of waiting two more years.

Joe shares your family’s values.  He is in college, majoring in a career field which should provide well for your daughter and grandchildren, and consistently on the Dean’s list.

What is your reaction to  your daughter’s decision?  Please be honest.

You can click the links to the surveys and read the comments to see the responses.  Overwhelmingly, the consensus was an encouragement to at least finish school.  But there was not a huge number of people who would encourage their friend or daughter to not plan on marrying or starting a family. 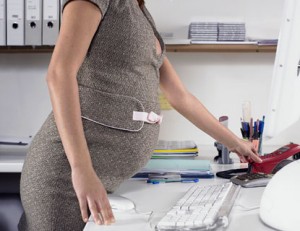 I think that there were a couple of very important items of note in the two scenarios, and they were intentional.  One was that in both cases, the chance of a good future was available because “Joe” was an honor student and on a career-minded path.  I think that if I’d said that “Joe” was a bartender in a strip club, the opinions might be different.  In the second scenario, I made it clear that “Joe” was well liked by the parents and that he and his family had similar values to you.  I think if I’d said you were a Christian and “Joe” was the son of a Wiccan High Priestess, there would have been a different response.

For my daughter, to me, in my own personal “this would be perfect” view – I’d love to have her meet a Christian man in high school or college who was in a career-minded line of study, who would have the ability to provide for her and their family and allow her to raise their children without having to worry about working.  We’ve told her that she isn’t allowed to date boys who aren’t church-going Christians only because the Bible warns against being uneavenly yoked.  Having lived that life and being married to a man who was not a Christian seriously solidified that with me.  But, at this point, she’s a child and much more easily malleable.  Soon she’ll be seventeen, eighteen, nineteen years old – and despite how much we wish we could control situations and make plans for our children, we cannot.  We can only pray that they’ll listen and heed – which they likely will not do – and then pray for them.

As I read the results of my surveys and contemplated the information readers shared and opinions readers gave, I really started working things out in my mind, working on pinpointing  specifics to the “feelings” I had regarding certain issues.  I’m going to mirror something I said in response to the articles referenced in the introduction to this post.  But, I’m going to qualify that from here on out, I’m speaking directly to Christian families.  If you’re not a Christian, this isn’t going to resonate with you – and that’s fine. 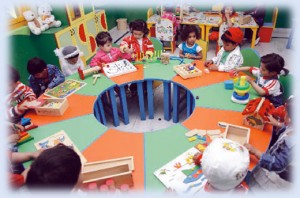 This is a very touchy subject among women, and society created the controversy. It’s just like the breastfeeding vs. bottle feeding debate. There isn’t a single reasonable person alive who is going to tell you that formula feeding is better, physically, for a baby than breastfeeding. Yet when you try to have a conversation about it, women get defensive and bring up all of the reasons that formula feeding is better for THEM.

I look at the work outside of the home debate the same way. A reasonable person isn’t going to say that dropping a child off for 8-10 hours a day with another caregiver is better for that child, that parent, or the home life in general. But a defensive mother is going to list all of the reasons why she SHOULD be able to do so and why it’s better for HER.

We live in a society that is saturated with “rights” — and those rights all cost money. Two cars, 3,000 sq ft home, flat screen televisions, trips to Disney World, iPhones — even education. How many working mothers are still paying student loans and that is one of the reasons that they can’t afford to quit working?  Unfortunately, so many women today have been taught and told by this world that is controlled and manipulated by human secularism that *I* should come first. There should be something for *me*. And as a mother, my children come next. And somewhere in that list my husband and I equally should care for this home.

When we’re working, our priorities cannot possibly be God, husband, children, home. It would be hard enough to keep God at the top. When you only have 2-3 waking hours with your children a day, they’re going to nudge the husband out of the priorities list. And when both couples are bringing in income, be it equal or not, there’s going to be a struggle for headship of the home. This struggle is going to break down the home, which will break down the marriage, which will eventually break down the church.

I believe very sincerely that this concept of women have a “right” to work,  should be encouraged to work, and should be expected to work is a very focused and concentrated attack by the enemy on our homes, marriages, churches, and ultimately our faith. And we are losing as a church body whether we realize it or not. 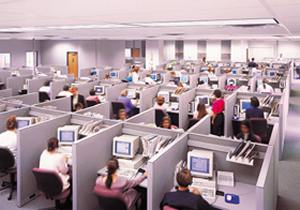 And, stepping  beyond the need to work that sadly exists for those women who would rather not have to work, there are also women who are called  to work.  Gregg’s sister is about to be promoted to full-bird colonel in the Army.  She has been married for over 20 years and has four children ages 19 to 4.  I spent spring break with her and her family and asked her about women and working.  Specifically, I asked her if any part of her ever wished she’d chosen to stay home with her children (her 7-year-old has Down’s Syndrome and her husband stayed home with her the first year she was born due to all of the doctor visits and therapy required for the first year of her life.)  She said that she had never felt the call to be home.  She felt the call to be a soldier, and that’s what she was.  She felt that she was very much living in God’s will for her life every morning when she put on her uniform.

Did the Old Testament Prophet Deborah “sin” when she judged the nation of Israel, or when she led the Israeli army into battle against Sisera?