I don’t typically open junk mail.  In fact, I stop at my outside garbage can on my way in from the mailbox and toss out any junk mail and almost all catalogs before even going into my house.

An envelope bearing the name of Time Warner, our internet service provider, looked official to me, so I opened it.  I was irritated that it was just junk mail, but the opening line caught my eye.

“Dear Gregg:  Get what matters to you the most.”

This was an ad for cable television.

Long ago, Gregg and I were avid television/movie fans.  We have 3 TiVos, and had to create an Excel spreadsheet to work out what came on what days, what channels, what times so that between the 3 TiVos, we’d get everything recorded that we wanted recorded.  And somehow, we managed to watch them all.

All of this while “living for God.”  “Doing God’s work.”  “Being good Christians.”

I’m here to testify that it can’t be both.

No one can serve two masters; for either he will hate the one and love the other, or else he will be loyal to the one and despise the other. You cannot serve God and mammon.

“Mammon” being material wealth or greed.  We were greedy for mindless entertainment put out by godless production companies bent on sucking us further into needing more entertainment. 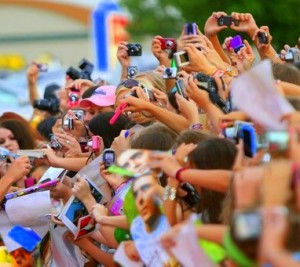 It wasn’t until we broke away from it that we were able to see how the entertainment industry has completely permeated all aspects of life to the point that pastors reference pop culture from the pulpit, touting movie plots or fictional character dilemmas.  I heard one pastor speak on the radio and reference a rated “R” movie whose plot revolved around unmarried sex, lying, and greed, but he used the reference in a positive note as if seeing the movie was a good thing.

Three to four HOURS a day.

At the height of our television watching, we were probably easily double that on average.  The television was on whether I was up at 3AM nursing a baby or if it was noon and all children were sleeping.

It has been over two years since we canceled cable and cleaned out our movie selection.  We don’t watch anything regularly and we hardly go to the movies anymore.  We are so removed from the entertainment industry that, sitting in the doctor’s office the other day, I picked up a People Magazine and, flipping through the pictures, I did not recognize a single person.  I find myself overly annoyed at Facebook statuses that are about television, especially when a new fall schedule is starting or some popular show is on and everyone is talking about it constantly.  ESPECIALLY when the show glorifies some sin, yet the people all ga-ga over it are church going friends.  I find myself equally annoyed when I listen to Christian radio DJ’s talking about the same shows and constantly discussing pop culture fads of the moment. 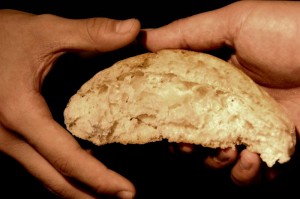 Once we made this change in our own lives, we suddenly had time to devote to God – to study the Bible and to pray.  We were able to truly “live for God”, “do God’s work”, and “be good Christians”.  The more we’ve studied the Word of God, the more we’ve poured all of our hearts, all of our souls, and all of our minds into loving Him (Matthew 22:37), the more we’ve been able to see how ALL of our vision had been skewed.  How we’d fallen into the Western world’s focus of career and ambition, a big house and two cars, 3-4 hours of television a day, and how we’d fallen out of Christ’s focus on loving our neighbors, helping the needy, praying for the sick, and taking care of the fallen.

What matters most to you?