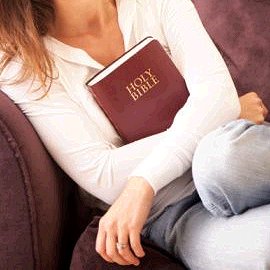 There’s a woman I know who is young – maybe 21-years-old or even younger. She has three children by three men and has never been married. She lives with her mother. Her current boyfriend does not live with her, but he does spend the night often. She gambles regularly. And, she is deeply spiritual. You won’t find someone who talks about Jesus Christ more than her.

She, to me, is such a prime example of moral ignorance that is plaguing our culture.

I’m not going to get into whether or not the Bible is right or wrong. That isn’t the issue here. What I will say is that the Bible clearly defines what is morally right and wrong according to God’s standards, and having sexual relationships with someone outside of marriage, or multiple someones outside of marriage, is Biblically wrong.  Someone as sincerely faithful as this young woman should be concerned that her mouth is saying one thing while her actions are saying another.

My kids were watching the Veggie Tales’ Jonah movie the other day. One line in the movie says something to the effect of: Jonah had to go to Ninevah and tell the people that how they were living their lives was wrong, because they didn’t know any better.

The problem, I think, societally and culturally, is that we’re raising an entire generation of church going Christians who haven’t read the Bible.  Children aren’t taking Bibles to church to use in Sunday school.  Adults have pre-printed devotions that come with a single verse and a heart-warming story about walking with grandpa on the beach.  Pastors preach feel good messages and put verses up on the media screen for everyone to read.  There isn’t an encouragement anywhere  to dig into the Word.  Like everything else in this media driven, short attention span world, Christian life is full of Biblical sound bytes.

And the second is like it:  ‘You shall love your neighbor as yourself.’ ~Matthew 22:39

That seems to be a favorite, feel good one.  Even people who don’t profess Christianity can tell you that one.  But, how about this one?

But fornication and all uncleanness or covetousness, let it not even be named among you, as is fitting for saints… ~Ephesians 5:3

Now the works of the flesh are evident, which are: adultery, fornication, uncleanness, lewdness, idolatry, sorcery, hatred, contentions, jealousies, outbursts of wrath, selfish ambitions, dissensions, heresies, envy, murders, drunkenness, revelries, and the like; of which I tell you beforehand, just as I also told you in time past, that those who practice such things will not inherit the kingdom of God.  ~Galatians 5:19-21

Fornication is defined as:

Voluntary sexual intercourse between two unmarried persons or two persons not married to each other.

That is pretty clear to me.  And, those are even New Testament verses to satisfy those of you who fall into the “The Old Testament doesn’t apply anymore” category.

I think it is very much like the people of Ninevah.  There is rampant, open, unapologetic sin plaguing our culture today.  I don’t think as much of it is intentional as some of the more rigid out there would believe.  I honestly think that with the way that most churches do things today, a good portion of the population simply don’t know any better.

What can be done about it?  It’s hard to say.  A lot of churches won’t preach on sin anymore.  When people feel convicted about sin, they might not come anymore, and that hurts the bottom line.  People don’t confront sin anymore.  When you confront a friend who is sinning, they tend to point out the plank in your eye (Matthew 7:3), and that’s never fun (said with tongue firmly planted in-cheek.)

What I can do, personally, is read my Bible, read the Bible to my kids, and encourage them to read the Bible.  I carry a Bible around in my purse and pull it out whenever I’m in a waiting room or somewhere similar.  I read it in the morning before I begin my day.  I read it to my kids in the evening in between dinner and bath.  We are teaching our children that there is more to a relationship with God than Biblical sound bites.  We will teach them that they need a church with substance and courage so that they can continue on in their adult lives continually sharpening their sword (Ephesians 6:17).  Because that is the only way that they are going to be able to battle the enemy, who so desperately is going to want them to lose this battle (Ephesians 6:12).