This is part seven in a series about surviving separation from your spouse. Read all posts in this series. 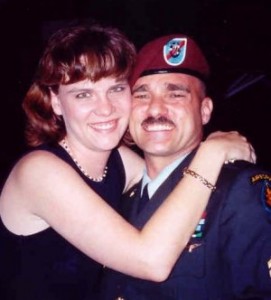 Gregg and I have been married for over eight years. We didn’t live together until our first anniversary. Three months after we married, he deployed to Afghanistan. A couple of years later, he changed his military specialty and went to school 400 miles away for eight months. A couple years later, he went to another school, even further away, for six months. He is currently in Afghanistan again, this time as a civilian contractor, and has been working there for 18 months. On top of these extended absences, his civilian job had him away from home for months at a time, when he would come home on Friday night and leave again on Sunday. We have spent more time apart than together, so we have learned how to have an abiding, intimate relationship even though we’re, at times and currently, thousands of miles away from each other. This series will provide you with little tips and hints we’ve picked up along the way.

Our church had a couples’ retreat a few weeks ago.  Our Sunday School teacher and his wife went, and the Sunday after the retreat, he posed some hard questions to individual members of the class.  To me he said, “Hallee, how can a marriage stay strong in the face of extended separation like yours and Gregg’s has?”

It took me a moment to answer.  I had to think of all of the ways that we abide in each other, and all of the ways we stay close and loving, and a lot of it boils down to the written word.

Gary Chapman, author of The 5 Love Languages, uses a term “love tank” in his book.  How to fill your spouse’s love tank…when your love tank is feeling empty…etc.  When Gregg has been too busy to stop and write even a quick email to me for days , I’ll feel my love tank start getting low, despite the time on the phone with him, despite the gifts I’ve received mail order, despite the prayers we’ve said, despite the work he’s done on the blog.  Just a quick “good morning” from him will boost my love tank to full.  When I see a number next to his name in my email filtering program, I get excited.  Before I even open it up to see what it is, my heart rate increases, my stomach gets a little giddy.  I love love getting email from my husband.

Gregg and I are both writers.  We type very fast, we can get our thoughts and feelings down (I started to say on paper, but we typically don’t do it on paper, we typically do it electronically), and we do it often.   As writers, we often send long emails.  Some (most) are love letters.  Some are working through a problem or a potential conflict.  Some are making plans for the future.  Some are ministry ideas.  Others are prayers. 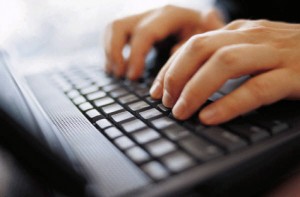 Sometimes it takes me days to write an email, there is so much I want to say and I want to get it out just right.  Other times, it takes me minutes — typing very quickly and just sending him some love in the middle of my day.

Whatever it may be, we write, and we write to each other as often as our schedules allow.  I believe that God equipped us to sustain our absences by giving us the gift to write.  If it wasn’t for the ability to communicate this way, I truly don’t know how our marriage would have survived.

When my teacher finished listening to me talk about it, he paused, then wrote on the board the one word summary he’d been writing for each person who spoke.  Mine was “communication.”  We communicate, as a couple, probably more than other couples who are together all the time.  We talk about things, hash things out, work on the future – and we do it constantly.  It is a way for us to bridge the separation and to talk when the other person isn’t available to listen.  I think the habits of communication we’ve established will carry forward into the next phase of our lives – the phase that doesn’t have us apart more than together.