Every Sunday, my clever husband offers me a “day of rest” by writing faith centered posts, usually having to do with a topic that is gaining more and more attention in our modern culture, Creationism vs. Darwinism. For believers and non-believers alike, the primary purpose is to present scientific, historical, logical, and/or sociological data in an empirical fashion, as much as possible written in layman’s terms, and in a format suitable for supplementing any homeschool curriculum whether you choose to believe the scientifically supported Biblical account — or secular guesses — about the origins of human life on earth.

The 6 types of evolution “preached and teached” in the average public school, the first 5 being types of Darwinian evolution, and the last being simple modifications or changes within kind and not even really “evolution” are:

When it comes to spontaneous generation, the theory of how life sprung into existence from non-living things, we are essentially presented an utterly impossible premise as if it were a “fact” and told to prove that impossible “fact” is impossible. The logical implication, then, is that if we cannot prove it impossible, it must therefore be true.

Suppose that I argued that human beings (big megaphone announcer voice) millions of years ago could jump up over a mile high in the air and over a mile away in distance and land unharmed. My evidence for this ridiculous theory is that humans still possess the “vestigial” ability to jump a few feet in the air today.

Ah, ah, ah. No, no, no. You have to PROVE that it’s an impossible claim. Somehow, I don’t have any responsibility to prove my ridiculous theory is possible. This is known as shifting the burden of proof.

It is up to you to prove a negative and– if you can’t–then my silly notion must be universally accepted as true. This is known as an argument from ignorance. 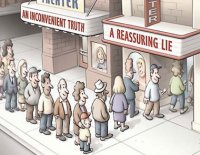 The fact is that in order for absolutely any of the Darwinist claims to hold water, one must accept a premise that is flatly impossible. I will stake whatever you want on this fact. It is flatly impossible that any living thing ever sprung to full blown organized and reproducing life from non-living things– all by itself and all by random chance. To any Darwinist reading this, I dare you to prove ME wrong.  You only need to prove a positive instead of anyone alive trying to disprove a negative.  You need only show that a living thing can actually emerge from non-living things, and you only need to do it once.

The rather obvious next step in that logical chain is my reply of, “Well, in that case, logic dictates that it is possible that God created everything. Right? Isn’t it true that anything is possible?”

But when you’re a Darwinist, anything except THAT is possible. So, if it is impossible that God is our Creator, then they must answer their question by admitting that, no, absolutely anything isn’t possible. And that is called circular reasoning. According to their own circular reasoning, we must allow for some things to be impossible.

Like abiogenesis, biopoesis, spontaneous generation — whatever they are calling it these days. It’s impossible.

Darwinism, as practiced by secular humanists, is a faith that requires a rigorous denial of anything logical. 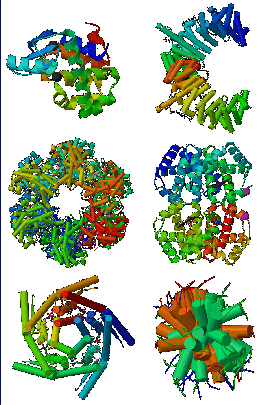 Protein is a basic constituent of all life forms. Protein is composed of amino acids. There are 20 essential amino acids, none of which can produce any of the others. All 20 of them are left handed aminos. Human beings need to aquire 8 of these amino acid types from our environment, basically by consuming them. We cannot manufacture them.

Anyone who knows how protein synthesis works should take a moment at some point to ask two very important questions. How were the essential amino acids made in the first place? How could they possibly make themselves?

Let’s look at the “simplest” amino acid: glycine. Microbiologist D. Hull empirically determined that, due to inadequate chemicals and reaction problems, even simple glycine could never form by random chance. In any of an infinite number of primitive environments imaginable, there is only at most a 10-27 (minus 27) concentration of the materials needed to make it. If one glycine molecule was somehow magically formed, it would have to hunt through a whopping 1,029 other molecules in the ocean before finding another glycine to link up with.

So, what about the other nineteen essential amino acids? Checking out the others, Hull found that it was even less possible for the other 19 amino acids to form. The concentration needed for glucose, for example, would be 10134. That is an extremely high improbability!

Even if protein had somehow been miraculously made by pure random chance from nearby chemicals in the ocean, the water in the primitive oceans would have hydrolyzed the protein. That means it would be diluted and ruined it, sort of like dropping a saltine cracker into a lake. You pretty much aren’t going to be able to spread peanut butter on that cracker. The chemicals that had combined to make the protein would immediately reconnect with other nearby chemicals in the ocean water and self-destruct the protein. It isn’t going to be able to perform any work.

A research team at Barlian University in Israel found that, mathematically, this complication would make the successful formation of just one protein totally impossible. It would be 1 chance in 10,157. They safely concluded that no proteins were ever produced by chance on this earth. 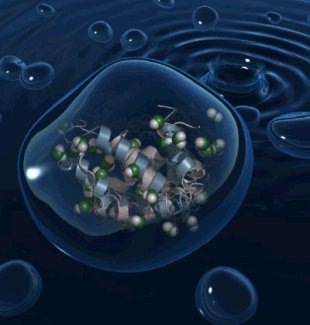 Darwinists bank on the fact that, somehow, somewhere, in some way, an unknown evolutionary force acted upon, or some other magical event took place, and a small bit of inorganic matter formed some amino acids. Yet even if such an impossible event could have happened (it couldn’t) it would rapidly have disintegrated anyway.

In the world of biochemistry, automatic dissolution is always easier than accidental once-in-a-thousand-lifetimes putting- together. Regarding this massive obstacle to the initial formation of life, G. Wald says it is “the most stubborn problem that confronts” Darwinists.

“In the vast majority of processes in which we are interested, the point of equilibrium lies far over toward the side of dissolution. That is to say, spontaneous dissolution [automatic self-destruct process] is much more probable, and hence proceeds much more rapidly than spontaneous synthesis [accidental put-together process] . . The situation we must face is that of patient Penelope waiting for Odysseus, yet much worse: each night she undid the weaving of the proceeding day, but here a night could readily undo the work of a year or a century.”

Darwinists are not even able to theorize how fatty acids could originally have come into existence.

“No satisfactory synthesis of fatty acids is at present available. The action of electric discharges on methane and water gives fairly good yields of acetic and propionic acids, but only small yields of the higher fatty acids. Furthermore, the small quantities of higher fatty acids that are found are highly branched.”

Let’s face facts. There is more to any living organism than merely chemical compounds, proteins, and fatty acids. There are also enzymes. Generally speaking,laboratories do not know how to produce even simple enzymes artifically. Yet there are thousands of complicated, very different enzymes in any typical living thing.

Darwinists also face massive DNA, RNA, and other coding problems. This problem is so severe that, lately, Darwinists have tried their very best to imagine a spontaneous generation scenario that doesn’t involve DNA or RNA.

Additionally, with the advent of genetic engineering, the public at large imagines that science is now capable of successfully synthesizing new DNA code for living organisms. The truth is that no Darwinists has ever successfully synthesized even one new genetic code (called a codon). Human beings honestly have no idea how to accomplish the task successfully.

The key word is “successful.” If a researcher could somehow interject that one new original code he invented, it would only damage or kill the organism. Engineers are able to slightly adapt already existing DNA code via genetic manipulation, but they do not invent brand new ones since that is not a recipe for success.  Yet we are told that “evolutionary forces” such as mutation invent all new, original, never before seen codons all the time and all on their own, in highly successful organisms, as part of a “natural” process.  This is simply not the case.  There is never any successful information added to genetic codes.  It is only ever hybridized or lost forever.

WHAT ABOUT LIFE ITSELF?

But what about life itself? One second after it dies, an animal still has all its chemicals, proteins, fatty acids, enzymes, codes, and all the rest. But it no longer has life. No one can produce life by other than traditional means. Think about this. The most expensive laboratory equipment and the keenest scientific minds on the planet cannot produce a single living cell.

Even if mankind were to assemble the absolutely finest minds who have ever lived, provide them with an unlimited budget and unlimited resources, ensure they had access to the most sophisticated methods with the very highest tolerances brought to bear in the design effort — we still cannot make life from something that is not already living.

Yet Darwinists claim that mindless rocks, sand, and seawater have that ability.

In my personal quest for truth, I have come to the conclusion that Darwinism is a religion devoid of feeling, absent of logic, and driven by deceit.  The premises and assumptions one must accept as truth as the foundations of the supporting “theories” are asolutely astonishing and border on delusional.  The mountains of facts and evidence that handily refute Darwinian nonsense is methodologically ignored, as if by fanatics following an emotionally or politically driven agenda.

The truth is that no one living or dead has ever come up with a plausible explanation for how the universe came to be, how the galaxies and stars and planets follow their orderly paths, how life on our planet even exists — without having been created. There is no sound theory in existence that leaves out the Architect.

The further truth is that the entire creation debate has nothing to do with science, since science, by its very nature, is logical. Darwinists abandon logic in nearly every single one of their interpretations of actual scientific evidence.

The truth is that this debate is a religious debate on every front.

The truth is that the scientific evidence supports the Biblical account of creation as described by the Creator Himself.

I encourage you to research it with an open mind, applying methodological critical thought and logic to the debate. Don’t allow yourself to buy into false restrictions, follow biased parameters, or swallow insupportable assumptions. I have no doubt that you will arrive at the same conclusion.