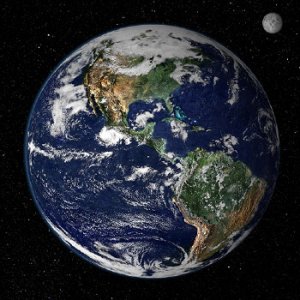 How old is our planet, the Earth? The fact is, no one knows.

As I said last Sunday, vast amounts of time don’t prove Darwinism. However, short amounts of time, young ages, directly refute Darwinism. Today, I will continue to present some facts about the age of the earth and the universe in which we exist. While opinions can vary pretty vastly, the fact is that there are numerous factual evidences that our world is quite young.

SOLAR WIND: As the sun’s radiation flows outward, it applies an outward force on very, very small particles orbiting the sun. If the solar system were billions of years old, then all of the particles smaller than 100,000th of a centimeter in diameter should have been “blown out” of our solar system long ago. Guess what? Satellites in space have shown that those small particles are abundant and still orbiting the sun. This is strong evidence that our solar system is quite young.

SOLAR DRAG: Without getting too esoteric for laymen, this is a principle known as the “Poynting-Robertson Effect.” In short, our sun exerts a solar drag on the larger particles and small rocks — collectively called micrometeoroids — in our solar system. This drag causes these particles to spiral down into the sun where they are destroyed. The sun, acting like a giant vacuum cleaner, sweeps up about 100,000 tons [82,301 mt] of micrometeoroids each and every day.

Each particle absorbs energy from the sun and then re-radiates that energy in every direction. This causes a slowing down of the particle in its orbit which then causes it to fall into the sun. At its present rate, our sun would have cleaned up most of the particles in less than 10,000 years, and all of them within 50,000 years.

But, guess what? There is an abundance of these small pieces of rock, and there is no known source of replenishment. They can’t come from the Oort cloud because there is no evidence that the Oort cloud even exists. They can’t come from other solar systems because each solar system would lock in its own micrometeoroids, so the particles could not escape to another one; and the gravity on each planet and moon would forbid any of its gravel from flying out into space just as Saturn keeps it’s rings to itself.

Consider Evidence from the Other Planets in Our Solar System

COMPOSITION OF SATURN’S RINGS: The trillions of particles in the rings circling the planet Saturn are primarily composed of solid ammonia. Since solidified ammonia has a much higher vapor pressure than even ice, reputable scientists recognize that it could not survive long without vaporizing off into space. This is strong evidence of a young age for Saturn’s rings.

BOMBARDMENT OF SATURN’S RINGS: The meteoroids constantly bombarding Saturn’s rings would have completely destroyed the rings in much less than 20,000 years.

MORE RING PROBLEMS: Jupiter and Uranus and Neptune also have rings. These discoveries have only augmented the problem Darwinists face because these rings present evidence for a young age for those three planets.

JUPITER’S MOONS: Io is the innermost of the four original “Galilean moons” orbiting Jupiter and was found to have over sixty active volcanoes. These volcanoes spew plumes of ejecta from 60 to 160 miles above Io’s surface. Nothing on our planet can match this continuous stream of material being shot out by Io’s volcanoes at a velocity of 2000 miles per hour.

MOONS TOO DIFFERENT: If all four moons of Jupiter’s “Galilean moons” evolved according to the Darwinian model, they should be essentially alike in orbit, rotation, and physical characteristics. The theorized millions of or billions of years they must have existed should have caused them to have the same amount of volcanoes and impact craters, but this is not the case. By contrast, a recent creation would explain Io’s volcanoes and the variety of other surface features on the Galilean moons.

METEOR DUST: Meteors continually hurtle into the atmosphere and land on our planet. They are then known as meteorites. But small amounts of meteor dust (called micrometeors and too small to see) also enter our atmosphere and gradually settle to earth. The composition of these materials is iron, nickel, and silicate compounds.

On the average, about 20 million meteors collide with the earth’s atmosphere every 24 hours. It is now known that, because of meteorites and meteorite dust, the earth increases in weight by about 25 tons — or 22.7 metric tons — each and every day.

The sheer volume, coupled with the total amount of meteorites and meteorite dust earlier accumulated in rock strata, in relation to the amounts reaching the earth at the present rate, indicates an age of the earth in scant few thousands of years, not even hundreds of thousands, positively not millions, and certainly not billions.

METEOR CRATERS: Meteor craters are fairly easy to locate, especially with current excellent aerial and satellite mapping systems. The meteor crater near Winslow, Arizona, for example, is ¾ of a mile  in diameter and 600 feet deep. For decades, serious efforts have been made to locate meteor craters in the rock strata.

Guess what?  They always lie close to or on the surface, in other words, only in the earth’s crust. This evidence, coupled with erosional evidence, indicate that all the meteor craters which have struck the earth are all only a few thousand years old, not even hundreds of thousands, positively not millions, and certainly not billions of years.

No larger meteors struck the earth prior to that time, and no meteor craters are found anywhere in the lower rocks. Not ever.  Never. Never, ever, ever. 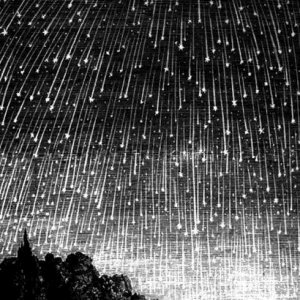 METEOR ROCKS: Meteors of various types are continually plunging into earth’s atmosphere, and some meteorites reach the surface. Supposedly, according to Darwinian theory, this has happened for millions or billions of years.

If the earth were very ancient, many meteorites and meteorite fragments should be found farther down. This is evidence that the sedimentary strata was rather quickly laid down not too long in the past, probably only scant thousands of years in the past, not even hundreds of thousands, positively not millions, and certainly not billions.

Guess what?  ALL the meteorites discovered are always right next to the earth’s surface. There are no exceptions to this rule. No meteorites are ever found in the deeper (“older”) sedimentary strata. Not ever. Never. Never, ever, ever.

TEKTITES: Tektites are a special type of glassy meteorite given the name tektites, from a Greek word for “molten,” because they appear to have melted in their passage through the atmosphere. Large areas containing them are called “strewn fields.” Every so often, a shower of tektites falls to the earth.

If the earth were billions of years old, as suggested by Darwinists, it would be reasonable to expect to find evidence of tektite showers in just about every layer of the earth’s strata. If our planet is only a few thousand years old, and a cataclysm such as a global flood produced all the strata we see (a phenomenon known as hydrologic stratification), then it would be reasonable to expect to find tektites only in the uppermost layers of the ground and not in the deeper strata.

And guess what? Each shower lies on the surface or in the topmost layers of soil; they are never found in the sedimentary fossil-bearing strata. Not ever. Never. Never, ever, ever.

While the world would like to make you believe a bunch of nonsense fairy tales and ignore actual truth as if truth were the fairy tale, I made a decision some years ago that I would believe the word of God until I was given incontrovertible reasons not to believe.  Since then, science, facts, and real evidence have only ever served to affirm that choice.  I believe that the Holy Bible is the Inerrant, Infallible, Verbally and Verifiably Inspired Word of God.

God’s word is very specific about the extent of His creation, down to naming specific constellations and stars (Job 9:9).  The truth is that God painted the heavens by speaking all creation into existence and breathing life into all living things (Psalm 33:6).  The truth is that our creation and our existence is explained in a perfectly logical and scientifically consistent manner by the One who was actually there at the time ( Genesis 1:1).