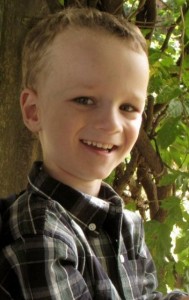 Sometimes, my heart feels a little broken.  I wish I knew what else to call it.

Sometimes, I look at my oldest son, Scott, and struggle with an overwhelming emotion that borders on heartache.

In Seeing the Negative Space, I told you a little bit about him.  He was a preemie in NICU/PICU for over a month. He’s amazing.  He’s a miracle.

And he is brilliant. He’s so smart, his pediatrician calls him “Scary Smart.”

And, he’s different. There are just some things that are different about him.

During our week in Florida, he has had a chance to interact with other kids.  Therefore, I got a chance to see how they responded to him.  Some were mean – teasing him and running away from him.  Some avoided him.  Some played with him.

It occurred to me that I’ve avoided these situations all year.  While he was in school, he’d regularly get birthday party invitations and such but I just never took him.  Because I knew that he was different.  I didn’t want to see it or see him treated differently.  I wanted to keep him in our safe circle of family and church friends, friends who love him and whose children love him.

The other night, after stopping him from chasing two little girls who were screaming that he was a monster – with intent of making him feel bad – and he laughingly thought they were playing fun with him, I told Gregg that I want to keep him sheltered until he outgrew it.  Gregg told me he’d never outgrow it, and that sheltering won’t help him develop coping skills.

It makes my heart hurt because I know my husband is right.

He has the social emotions of an immature toddler with the body of an almost-6-year-old and intellect of a child much older.  His emotions mean he gets very loud and hops up and down in absolute and total joy and excitement.  He hugs friends, even ones he just met, and tells them that he loves them.  His intellect means he remembers children he met when he was 2 and expects them to have the same power of recall and shared experiences but his age means he doesn’t understand that they don’t, or that they can’t, or that they just plain don’t care.

This week, in an effort to protect, I pulled him away from those mean girls, girls who, once they stopped chasing him, sat down and ignored him entirely.  I sat him on my lap and installed a video game onto my phone that he’d been begging me to install.  I’m not a fan of video games, but this thrilled him and made him forget these girls who didn’t want to be nice to him, and occupied him while they played without him. It eventually pulled them toward him, and their interest in the video game made him so happy that — in his wonderful and loving and different way — he shared with them and encouraged their interaction.  When it was time to say goodbye, he was sad and hugged them and said, “I love you.”  It was nice to see them hug him back.

The worst part is knowing that one day he’ll realize that he’s different. He’ll realize that kids are being mean to him or that kids just don’t care.  One day, a simple game on a phone won’t distract him and it will occur to him that he’s different.  That’s a heartache I can’t protect him from. His daddy wants to teach him how to protect himself.  The mama inside of me — that same mama that you have inside of you if you have children of your own — needs to protect him. And there is absolutely no way I can.