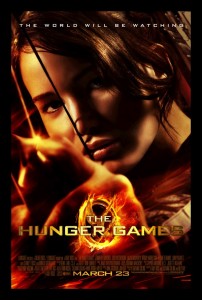 Yesterday, on the Focus on the Family blog, the post title was “What Do You Think About The Hunger Games?”  It posed the question, “Would you permit your son or daughter to watch if they wanted to?  Why – or why not?”

A couple years ago, Kaylee finished reading the Twilight series on the heels of finishing Harry Potter and C.S. Lewis’ The Lion, the Witch & the Wardrobe, series.  She was looking for something to read.  Someone recommended The Hunger Games.  When I read what it was about, I hesitated.  That seemed a little bit of a dark concept for my tweeny daughter.

However, while visiting my brother and his wife last year, my sister-in-law (an avid reader) was talking to Kaylee about what she’d been reading and HIGHLY recommended The Hunger Games.  Knowing she’d read it, and knowing she has high standards and wouldn’t harm Kaylee with a book recommendation, I didn’t protest when she handed Kaylee her copy of the book.

Kaylee LOVED the books.  LOVED them.

I have been meaning to read them and simply haven’t had the time to sit down and read anything in the last year.  But I listened to Kaylee when she told me about them and I understood the basic plot.

Here’s the basic, basic plot as broken down by Pluggedinonline:

Ever since the rebellion so many years ago, the Capitol has held an annual Reaping in Panem (a totalitarian-ruled country that’s risen out of a civil war). It’s a way to keep the dissidents in line while entertaining the “true” citizens of the Capitol. Each of the 12 districts must choose one boy and one girl “tribute” to represent them in the horrible Hunger Games. It’s a televised twist on The Running Man, Gladiator, Lord of the Flies and The Lottery that the Capitolites can’t get enough of: 24 teens enter a massive “arena”—only one exits.

They must fight to the death. For the cameras. For the country (they’re told). For celebrity. For a lifetime supply of food and privileges. 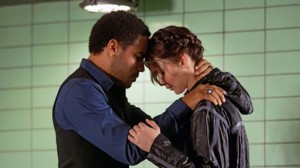 Kaylee had a birthday a couple of weeks ago, and for her party, she had five friends go with her last Friday to the opening of The Hunger Games.  I took them to see it, and decided to stay and see the movie.

Katniss, the main character, is a character worthy to be called a hero.  She volunteers to be a tribute to save her younger, weaker sister whose name was pulled in the lottery.  She has no desire to be there, and no desire to kill anyone.  She tries to run, but is forced back into the play.  She helps other tributes in the arena.  It’s obvious she has a strong moral compass.

My daughter is 15.  If she were younger — maybe even 12 — I would probably have had a harder time letting her see it.  But, I have no moral dilemma in letting my 15-year-old see it.  As I considered the question posed by Focus on the Family, this is what occurred to me: if the Christian community is up in arms about seeing this movie (and it seems to be split as far as I could tell reading the comments to the referenced post), why?

Consider this: If there was the tiniest thread of Christian worldview woven into the fabric of this story — just a tiny bit — something like Katniss not being willing to kill another person because it’s against God’s law, or Katniss being seen praying before the games begin, or any number of tiny things that would make her into a purposeful Godly character — then Christians would be clamoring to see it, would be announcing it all over the place, and would be writing long expose’s on why it’s such a wonderful moral film to see. 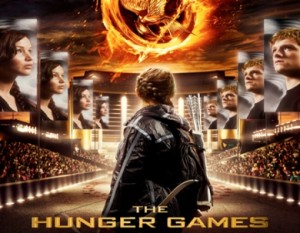 Yet, there is no Christian thread running through the story.  However, the main character, Katniss, has a strong moral code and doesn’t break it.  (spoiler alert)  She kills in self defense, and she kills in a mercy killing.  But she avoids it at all costs and risks her own life for the sake of others.

Let’s not forget it’s a work of fiction — a story, with fictional characters set in a fictional setting.  So, what do we like about stories?  What attracts us to stories?  First of all, that they have interesting characters in interesting situations that make us think and feel.  In that regard, The Hunger Games succeeds.  Take away, “should Christians watch it?” as a question and ask yourself,  “Is it a good story?  Are the thoughts and feeling it evokes worth exploring?  When you take away the religious question, period, could this story have a good basis for teaching our children something about the secular world?”

The answer is a resounding yes.

We have very high standards for our entertainment consumption in our family.  “Does it glorify God?”  -OR – “Does it NOT glorify evil?”  If it does not glorify God, or if it does glorify evil (and we measure evil with the Bible’s yardstick: condoning premarital sex and a host of other sexual sins, lying, stealing, murder, disrespecting parents, etc.) we do not allow it into our entertainment. 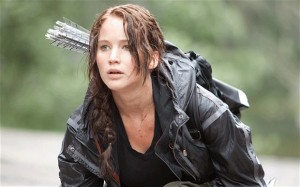 While The Hunger Games does not glorify God, in absolutely no way does it glorify evil.  Quite the opposite.  It takes on a voyeuristic society obsessed with a television show (reality TV, anyone — or, better yet [as I type this in Kentucky right before “The Final Four”] college sports?) and an imperialistic evil government filled with “fat cat” entitled people who fence people in “districts” and let people starve so that they’re willing to sell their names for extra chances to be pulled as “tributes” in exchange for food.

The fact is it’s a great story with interesting characters in interesting situations.  I not only took my daughter to see it, I’d recommend you take your teenager to see it — and then talk about it.  Incorporate YOUR Christian worldview into your conversations with your teenagers about it and use it as a teaching tool to teach Christ-centered philosophies.

I have now placed the set of books on my reading list and am really looking forward to digging into them.

How about you?  Would you let your [teenager] see The Hunger Games?