Every Sunday, my clever husband offers me a “day of rest” by taking over the homemaker duties here. His primary topic, the Biblical Truth of Creation vs. Darwinism, is a subject that has broad reaching scientific, social, and metaphysical implications and is gaining more and more attention in our modern culture.

For believers and non-believers alike, the primary purpose is to present scientific, historical, logical, and/or sociological data in an empirical and defensible fashion, as much as possible written in layman’s terms, and in a format suitable for supplementing any homeschool curriculum whether you choose to believe the Biblical account — or secular guesses — about the origins of human life on earth.

The year 1967 was a very important year for me, personally.  After all, I was born that year.  A number of significant events took place that year and some not so well remembered.

For example, in 1967, a prestigious group of internationally known biologists and mathematicians gathered together at the world renowned Wistar Institute to consider Mathematical Challenges to the Neo-Darwinian Interpretation of Evolution. Present there were such famous Darwinists as Paul A. Moorehead, Martin M. Kaplan, C. H. Waddington, and even Marcel Schutzenberger of the University of Paris.

This was a time during which the principles of the “Modern Neo-Darwinian Synthesis” had only recently been largely embraced.  Many public schools had not surrendered to wholesale methods of Orwellian indoctrination in their curricula.  Many persons in positions of influence were still permitted to question assumptions in a scientific method without fear of reprisals such as denial of tenure or rejection from publication in peer reviewed journals.

Even so, none of these men were gathered at the Wister Symposium number 5, as the Symposium’s title clearly proclaimed, to question the religious beliefs espoused by evolution itself. That was very far from their intent.  Rather, they had gathered to satisfy a far more bothersome question outside of that rather massive question begging assumption.  They needed to answer the question, ” Can mutation—coupled with natural selection—serve as the basis that forms the mechanism for evolutionary change?” 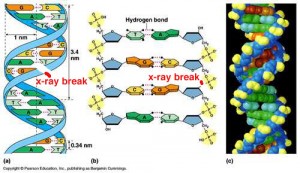 We have evidence of mutations in the real world.  For example, rare mutations sometimes lead to extra limbs, extra organs, or even conjoined twins.  While rare, mutations can be responsible for a number of birth defects like Down’s syndrome, genetic defects like hemophilia, loss of protective coloration in the skin and eyes, and certain kinds of cancer, and even brain malfunction.  There is abundant evidence that certain kinds of radiation, errors in DNA replication, and certain chemicals can produce mutations, and mutations in reproductive cells can be passed on to future generations.

More commonly, consider the flu virus. Part of the problem in curing influenza is that this year’s vaccine and your own antibodies are only good against last year’s strain. The flu virus mutates quite easily, so each year its proteins are slightly different the previous year. While they remain influenza, they don’t quite fit our antibodies, so we have to build up our immunity from scratch. When the influenza virus recombines with animal viruses such as pigs, the problem is gets even bigger.

So, obviously, mutations occur and mutations are certainly real. The point is that according to the modern neo-Darwinian Sythesis, mutations are the very basis, the raw material and foundation, for Darwinian evolution when coupled with simple selection. That is the rather grand claim in light of the evidence.

Ask yourself, can mutations actually produce real evolutionary changes? Make no mistake. Mutations ARE real; they’re observed; they make changes in genetic traits. Whether mutations occur is NOT the question.  The question is: do mutations produce evolutionary changes on the scale claimed by Darwinists? Do they produce new traits? Do they ADD information to the gene.  Do mutations explain the Darwinist theory that postulates change from molecules to monkeys?

In the final analysis, mutations don’t help Darwinian theory at all.  There are three major limiting factors that preclude scientific extrapolation from mutational change to evolutionary change on a Darwinian scale.  First, there are mathematical challenges. 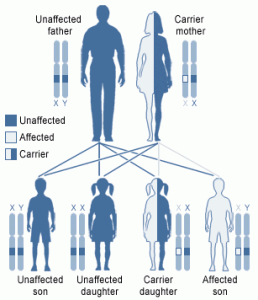 Mutations are fairly rare. On average, mutations occur about once in every ten million duplications of a DNA molecule, or 10^-7, which is the number one followed by seven zeroes, or one mutation about every 10,000,000 changes. The human body contains nearly 100 trillion cells (10^-14). Therefore, the odds are good that we all have at least a couple of cells with a mutation.

Environmental and other factors can increase the incidents of mutation; radiation, chemicals, and heredity for example.

The mathematical problem for Darwinists is that they require a series of related mutations. The odds of getting two mutations that are related to one another is the product of the separate probabilities: one in 10^-7 x 10^-7, or 10^-14. That’s a one followed by 14 zeroes, or a hundred trillion to one odds.

Consider that any two mutations might produce no more than an enlarged toe and a lizard or a slight bend to the leading edge of a locust wing. That’s a long way from producing a truly new structure, and millions of causal mutations away from changing an asexual single celled organism into an entirely new sexually reproducing organism. So, what are the odds of getting just three mutations in series? That’s one chance in a billion trillion (10^-21). With those kinds of odds, all of the oceans on the entire planet isn’t enough volume to hold enough bacteria to make it likely that we might find a bacterium with three simultaneous or sequential related mutations.

In order for mutation to be the engine of Darwinian evolution, it would require numerous sequential related mutations. How about the odds of getting just four mutations in series? The odds are one in 10^-28. Suddenly, the entire earth isn’t big enough to hold enough organisms to make that even somewhat likely, and we’re only calculating for a mere four simultaneous or sequential related mutations. It would take many more than that to change a cell to a fish or a fish into a frog. Four mutations don’t even make a tentative start toward any real evolution as proposed by Darwinists. Already, at this point, intellectually honest evolutionists give up the classic idea of evolution, because it is plainly impossible.

In an attempt to hold back on the impossible, some stubborn Darwinists fall back on time. “Time is the hero of the plot in the story of evolution. Sure, the odds are low, but there’s nearly 5 billion years!” But 5 billion years is only about 10^-17 seconds, and the whole known universe contains fewer than 10^-80 atoms to work with.

Remarkably, following the Wister Symposium more than 4 decades ago back in 1967 when faced with this evidence, Dr. C. H. Waddington referred to himself as a “post-neo-Darwinist,” which he defined as someone who still religiously believes in Darwinian evolution, but who also believes that mutation-selection does not and cannot possibly explain how evolution might occur. Many Darwinists recognize the need for a new generation of evolutionists to forge the “post-neo-Darwinian synthesis.”

Any kind of Darwinism is a religious belief at its heart because it is a faith based belief system. It is a stubborn belief in the unexplained and patently impossible in a wake of an almost complete lack of supporting evidence and in the face of convincing evidence to the contrary.

Many, MANY, computer simulations have been invented in an attempt to prove the impossible and validate the Darwinian faith. In computer models, the odds are input, the parameters are set, and the simulation is run at hundreds of times the speed of life. The result? It remains impossible.

If complex computer programs cannot be changed by random mechanisms, then surely the same must apply to the genetic programs of living organisms. The fact that systems in every way analogous to living organisms cannot undergo evolution by pure trial and error [i.e., by mutation and selection] and that their functional distribution invariably conforms to an improbable discontinuum comes, in my opinion, very close to a formal disproof of the whole Darwinian paradigm of nature. By what strange capacity do living organisms defy the laws of chance which are apparently obeyed by all analogous complex systems? Michael Denton, Evolution: A Theory in Crisis, Burnett Books, London, 1985.

At just four related mutations, microbiologists gave up on the idea that mutations could reasonably explain why some bacteria are resistant to four different antibiotics at the same time. The odds against the mutation hypothesis were simply too vast, so they had to look for another mechanism—and they found it.

Using cultures from well before the invention of modern commercial bacteria, they discovered that bacteria were resistant to antibiotics, even long before antibiotics were “invented.” Genetic variability was already built (designed) right into the bacteria. The nonresistant varieties did not become resistant via mutation.  Rather, resistant forms were already present.

Furthermore, certain bacteria have little rings of DNA, called plasmids, that they trade around among themselves, and they passed on their resistance to antibiotics in that way. It wasn’t mutation, selection, and asexual reproduction at all, just ordinary recombination and variation within a particular kind. The risistance was already there in the original kind.

What is certain is that mutation is not the engine of Darwinian evolution that Darwinists claim it to be.  Intellectually honest Darwinists know this and hope against hope that some other engine will come to light.   Until design is once more an accepted principle, I think they may be in for a very long wait.