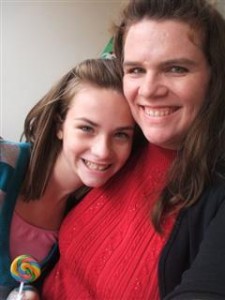 I was reading a conversation happening on Facebook the other day about reward charts and young children.  The conversation centered around what kind of chores were included on the chart, and what kind of rewards system was in place with it.  Mothers talked about everything from helping sort the laundry to finishing dinner to potty training, and the various rewards and incentives offered to their children.

I read it kind of confused with myself.  I’ve been a mother for nearly 14 years.  Why didn’t I have anything worthwhile to add to the conversation?  Then it occurred to me.

I don’t parent under a rewards system.  I parent under an expectations system.  It is expected of my children to behave.  So, why would I reward what is considered my standard?  Instead I discipline when the standard is not met.

When we go in public, my children will behave.  There is no choice in the matter, and I don’t offer treats to help make behaving appealing.  They’ll behave or they’ll be disciplined.

When we sit down to dinner, I don’t offer dessert as a reward for finishing it.  The expectation is that dinner will be eaten.  If that expectation is not met, dessert is not allowed.  Rather than offer it as an incentive (i.e., “If you eat three more bites, I’ll get you a cookie!”), I remove it as a punishment (i.e., “If you’re not hungry enough for  dinner, you’re not hungry enough for a cookie.”).

It is expected that the younger children will pick up their toys and help make their beds.  If they don’t, then they get disciplined, and I’ll go so far as to throw toys away that they refuse to pick up (just ask the 8-year-old Kaylee who, after battling her cleaning her room for an hour, had to watch me clean it into a garbage bag – and the next time I told her to clean her room, she cleaned it).  Kaylee has specific chores that are to be completed daily, and if they aren’t completed, we remove privileges. 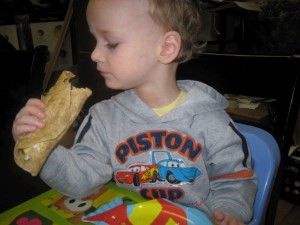 I can’t see chasing after my children and offering reward after incentive after reward to get them to do something or to get them to behave or to get them to eat.  My children are WAY too smart and wily to do it that way.  They’d play me and negotiate until I pulled my hair out.  Instead, I’ve established the boundaries.  They will do as I expect.  Period.  I won’t reward the standard.

I remember Kaylee coming home after a friend told her she got $20 for each A on her report card.  Kaylee asked me what I’d give her for each A.  I told her she wouldn’t get punished.  She and I both laughed.  (Disclaimer: I don’t expect straight A’s from my children-  I expect their best effort at all times.  So far, that has been just about straight A’s with Kaylee.  But not always, and I know when she’s given her best effort.) 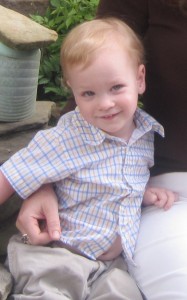 My kids are GREAT kids.  I don’t know if it’s because I parent the way I parent or if God just blessed me with good.  But I do think I have much less stress with them than if I did constantly have to offer rewards as an incentive.  I do praise good behavior, but it’s a verbal affirmation of meeting expectations and I make it clear that they met the expectations of our family as I’m praising them.

This isn’t intended to be a criticism of parents who do use a rewards system.  Every parent is different, and every child is different.  I have a friend who started a reward chart for a child who was just not behaving and no punishment worked, and she did so under the advice of a counselor.  It has worked tremendously for them, and since I know how much she wanted to just start pulling her own teeth out in frustration, I’m happy that it worked.  It just wouldn’t work for me as a parent.  (Though, my kids would probably like it – HA!)

Do you use a rewards chart?  Is it just for chores, or is behavior included?