Today, I will continue to explore and document evidence that the earth is very likely much, much younger than millions or billions of years in age. Prior to composing today’s post, I must admit that I personally felt a little bit like I might be kicking a long dead horse. However, I prayerfully realized that while all of this information is far from new to me, now, after the years of research I have performed on this subject, it may be completely and entirely new to some of the readers of this blog due to the fact that no teachers dare cover any of this material in defiance of the Darwinian stranglehold on academia. Therefore, instead of shortcutting anything, I will continue to present organized, detailed, and accurate information that I hope serves to bless you in exactly the same way it blessed me when I first learned it.

In previous posts, I have shown by quantifiable and qualifiable means that even given the currently accepted Darwinist timeline of the earth being born 4.2 billion years ago, Darwinian evolution is flatly impossible based on just plain insufficient time. In summation, for the last several Sunday’s I have explored and documented various scientific evidences that the earth is probably considerably younger than billions of years or even millions of years in age which, to paraphrase Michael Denton, makes Darwinism very much a theory in crisis.

If you haven’t read the preceding posts, I encourage you to click on the CREATION category on the sidebar and read them all in order. Today, I will document evidence from the surface of the earth as well as the earth’s oceans.

Consider Evidence from the Earth’s Surface 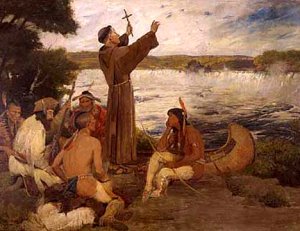 NIAGARA FALLS: All waterfalls erode the land they overflow.  The French explorer and missionary, Friar Louis Hennepin, first mapped Niagara Falls in 1678.  From 1678 until 1842, Niagara Falls eroded the cliff beneath it at a rate of about 7 feet each year. More recent calculations would indicate a rate of 3 1/2 feet of erosion per year. Since the length of the Niagara Falls gorge is just about 7 miles, the age of the falls can only be between 5000 and 10,000 years old.

The early English evolutionist, Charles Lyell, falsified data on the erosion rate, but that is another post for another day.

There are thousands of waterfalls in the world which have been surveyed and studied. Over the past centuries, gorges beneath these falls were dug out as the waterfall gradually eroded away the cliff beneath it. In each instance, the distance of the cuts that have been made, in relation to the amount of erosion that is being made each year by the falls, indicates only a few thousand years since the falls began.

MISSISSIPPI RIVER DELTA: The Mississippi River dumps about 300 million cubic yards of mud and silt into the Gulf of Mexico each and every year at the point where the river enters the gulf. The State of Louisiana keeps becoming larger every year as a result as the delta piles up. Yet, for the amount of sediment dumping that occurs, the Mississippi delta is surprisingly small.. In fact, calculations reveal it has only been forming for the past 4,000 years.

The Mississippi-Missouri river system is the longest in the world at about 4221 miles in length. Below Cape Girardeau, flatland inundation along the Mississippi has always been a problem. Over a hundred years ago, Congress commissioned a man named General Andrew A. Humphreys to make a survey of the entire area. The survey was completed in 1861.

The early English evolutionist, Charles Lyell, one of the major influences of the young Charles Darwin, had earlier made a superficial examination of the Mississippi River and its delta and declared the river system to be 60,000 years old since, according to Lyell, the delta was an amazing 528 feet deep. This was not the first or last time that Lyell would simply fabricate entirely fictional and fraudulent data.

Humphreys showed that the actual depth of the delta was only 40 feet. Below that was the unmistakable blue clay of the Gulf, and below that, marine fossils. His discovery revealed that the lower Mississippi River valley, in the very recent past, was once a marine estuary.

Using Lyell’s own formula for age computation, Humphreys arrived at an age of only 4,620 years for the river system.

TIGRIS & EUPHRATES RIVER DELTAS: Ur of the Chaldees was a seaport several thousand years ago. Today it is nearly 200 miles from the Persian Gulf. That distance was filled in as delta formation from the Tigris and Euphrates rivers. Archaeologists date the Ur seaport at 3500 B.C. Assuming that date is accurate, the delta formed at approximately 35 miles every 1,000 years. 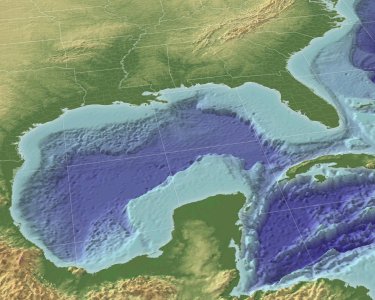 According to Darwinian theory, all changes occur at uniform rates — slow, gradual, random changes over time is the Darwinian mantra — and the earth is billions of years old. Given that as the basis, then just 80,000 years ago the Persian Gulf would have reached all the way to Paris. At the same rate of delta formation, a mere 120,000 years ago the Gulf of Mexico would have extended up through the Mississippi River all the way to the North Pole and over the pole into Siberia. In short, it is impossible.

TOPSOIL: The average depth of topsoil throughout the world is about eight inches. Allowing for losses due to erosion, it has been calculated that it requires 300 to 1,000 years to build up just one inch of topsoil. On this basis, the earth could only be between 2,400 to 8,000 thousand years old.

Consider Evidence from the Oceans

EROSION INTO THE OCEAN: Obviously, we still have enormous continents above sea level. Odds are good you live on one of them. If erosion has been occurring for millions or billions of years, why is this still the case?

At the current rate of erosion and delta formation, the earth’s continents should have long ago been washed under the ocean waves, leveled out like the Bonneville salt flats only under the ocean floor. 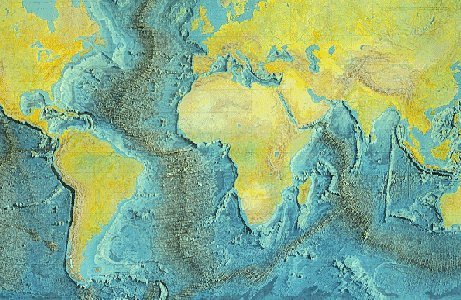 EROSION IN THE OCEAN: By now, planet earth should be worn just as smooth as an eight ball on a billiards table with the only interruptions to the surface being recent meteoric cratering or activity resulting from volcanism. Yet below sea level in the oceans, we find ragged and steep cliffs, soaring mountains, and oceanic basins yet unfilled by sediment and silt. If erosion has been occurring for millions or billions of years, why is this still the case?

For example, Monterey Bay, California is filled with steep underwater canyons. They are so steep that small avalanches occur on them quite frequently. If the earth were millions or billions of years old, all this would long ago have been flattened out.

SEA MUD: As fish and plants in the ocean die, they sink to the bottom and gradually form an organic ooze, or very soft mud, that is built up on the ocean floors. This occurs at the rate of about 1 inch every 1,500 years. Measuring the depth of sea ooze, it is clear that the earth is not millions or billions of years old.

THICKNESS OF OCEAN SEDIMENTS: About 29 billion tons of sediment is added to the ocean each and every year. Every YEAR. If the earth were billions of years old, the ocean floor would be covered by sediments from land measuring 60 to 100 miles thick, and — as I have already stated — all the continents would have eroded away millennia ago. Instead, we find only a few thousand feet of sediment in the ocean and no indication that the continents have eroded away even once in the past.

Paleomagnetism, commonly called plate tectonics theory, opines that gradually subducting plates bury themselves deep into the earth, carrying with them the sediments resting on top of them. But, according to that theory, this would only remove about 2.75 x 1,010 tons of sediment per year, or merely 1/10th of the new sediments being added from the continents annually. The 60 miles of ocean sediments needed by Darwinists for their theory of a billions of years old planet earth is completely missing. 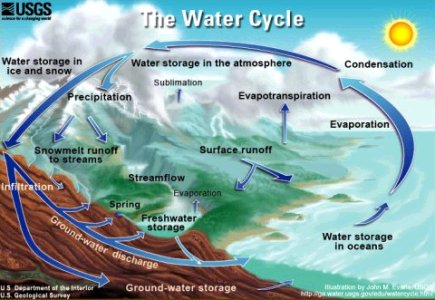 OCEANIC ELEMENTAL CONCENTRATIONS: When contributory water sources carry various elements, such as salts, into the oceans, evaporation only returns water to dry land. Evaporation does not relocate any heavy elements from the oceans and return them to the land. Not ever. With nearly two centuries of recorded data, we can make fairly accurate estimates as to the amount of various elements and salts that are in the oceans and also how much is being added annually by rivers, subterranean springs, rainwater, and other sources that are not subsequently removed.

Assuming the earth has had some kind of atmosphere and a functioning system of evaporation and atmospheric condensation for billions or even millions of years, the oceans would have to contain enormously higher ratios of these elements by now, and they do not. 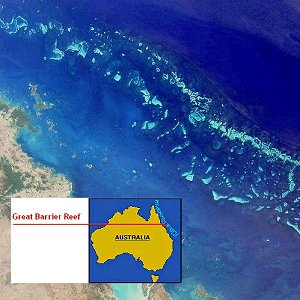 GROWTH OF CORAL: Coral in the ocean grows at a definite measurable rate.

In the mid-1980’s, a decades long exhaustive study concluded.  The study gathered incredible amounts of data on the Great Barrier Reef off the coast of Australia, the largest and oldest known reef formation on planet earth.

The truth is that no person either living or dead has ever come up with a plausible explanation for how the universe came to be, how the galaxies and stars and planets follow their orderly paths, how the moon and the earth are so perfectly placed, how life on our planet even exists — without all of it having been created. There is no sound theory in existence that leaves out the Creator.

If Darwinian theories were true, they would not have more holes in them than a kitchen colander.  They would start with facts instead of invalid assumptions, and build on that factual foundation with additional facts.  It is the rather unique and highly contradictory dogma of humanism that all is chaos and random chance except for human secular (atheistic) belief, which is apparently sacrosanct and unimpeachable.  The truth is probably a lot more similar to the notion that God’s Holy Word is infallible and true.  I pray you consider this the next time someone utters the phrase, “millions of years ago…” in your hearing.