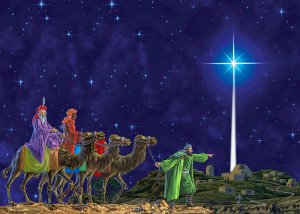 Several weeks ago, a friend from church posted on her Facebook that each of her kids only gets three presents for Christmas because Jesus only got three presents.

I immediately fell in love with that idea.  Here’s why:

My husband’s love language is gift giving.  Gregg has the most generous heart you have ever seen in a person.  If you’re his friend and he knows you want something, collect something, are looking for something…he’ll find it and buy it without even hesitating.  It’s awesome and uplifting.  The first time Kaylee visited his house (we lived 356 miles apart when we were first married) he transformed his guest room into Kaylee’s room – bought out the pink aisle of the local Big Lots so that she would have her own place at his house, too.

Gregg also really really loves toys for boys.  I was so happy to give him a son, then another son, so that he could play Legos and Army and race cars with them.  My nephew, Hal, was not quite one when we were first married, and became Gregg’s only nephew for a long time.  I’d get all of my Christmas shopping done, and Gregg would see something else for Hal, and I’d have to start back over again so that all of the nieces had equal present values.

So, to purposefully limit ourselves to just three gifts per child is a brilliant idea.  I went to Gregg with it and he wholeheartedly supported it.  This is what we do:  Santa brings one big gift (and by big I don’t necessarily mean expensive, but, for instance, Jeb is getting a Noah’s Ark with a bunch of animals and Noah and his family) that will be unwrapped, out of packaging, and set up under the tree.  Each child will also have a stocking filled with unwrapped presents – small things like matchbox cars or Thomas the Train underwear or something.  (I’m purposefully not mentioning Kaylee because she reads the blog.)  This is how my parents did it, and how I’ve always done it with my kids.

Aside from that, beginning this year, the kids all have exactly three presents from Gregg and me. 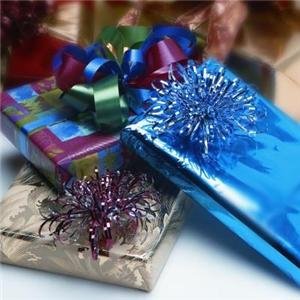 Limiting was HARD.  I was all done in a day, then the next day saw something else, and the next day Gregg wanted to order something online, and the next day I thought of another great gift idea…but because we had committed to each other that it would only be three presents, from here on out, we kept ourselves from going overboard.

I think it will also keep the kids from expecting too much at Christmas, to help ground them from the materialism of the season.

I’ve been watching friends’ statuses on Facebook as they go out and buy more presents, spend hours and hours wrapping, have husbands that threaten to take debit cards and credit cards away — and I think, we did a good thing with this commitment.  What a brilliant idea.

So, thank you, Kelli, my friend.  You are not only beautiful – you’re a smart lady, too.