Reasoning is a set of mental power tools in the toolbox of Critical Thinking.  The four primary forms of reasoning that we teach our children are:

Deductive Reasoning is deemed valid if the argument’s conclusion must be true when the premises (the reasons given to support that conclusion) are true. One classic example of deductive reasoning is that found in syllogisms like the following:

The reasoning in this argument is valid, because there is no way in which the premises, 1 and 2, could be true and the conclusion, 3, be false.

Again, if the premises in this argument were true, the reasoning is such that the conclusion would also have to be true.  The argument is valid.  This is how even when the argument is entirely valid, entirely preposterous conclusions can be reached.  Another example:

Obviously, the scientific evidence no longer supports that the earth is billions of years old.  Furthermore, the Holy Bible is the verbally and verifiably inspired, inerrant, and authoritative word of God.  It doesn’t get more “right” than that.  Still, the form of the argument is “valid” which superficially lends cogency to the erroneous conclusion.

It also must be noted that in a deductive argument with valid reasoning, the conclusion contains no more information than is contained in the premises. Therefore, deductive reasoning does not increase one’s knowledge base. It is entirely non-ampliative.

Induction is a form of inference producing propositions about unobserved objects or types, either specifically or generally, based on previous observations or experiences, or to formulate general statements or axioms based on limited observations of recurring phenomenal patterns.

A classic example of inductive reasoning comes from the empiricist David Hume:

Premise: The sun has risen in the east every morning up until now.
Conclusion: The sun will also rise in the east tomorrow.

Inductive reasoning can rely upon a chain of premises that each rely upon the truth of those which precede them and lead to the induced conclusion.

Inductive reasoning was favored by Saint Thomas and is notable in such works as Summa Theologica, a rigorous study on right argumentation and certainly a divinely inspired work.

The Argument from Design (The Teleological Argument):

Premise 1: All natural bodies in the world act towards ends.
Premise 2: These objects are in themselves unintelligent.
Premise 3: Acting toward an end is characteristic of intelligence.
Premise 4: Therefore, there exists an intelligent being that guides all natural bodies toward their ends.
Conclusion: This being is that whom we call God.

On a related note, the conclusion of an inductive argument contains more information than is already contained in the premises. Thus, this method of reasoning increases one’s knowledge base. It is ampliative.

These are the two primary schools of reasoning, but there are others that are also nice to keep in the tool box.  You may not need a soldering iron every day but it sure is handy to have when you do need it, isn’t it?  It also helps to know how to use a soldering iron when you need to break it out.

Abduction is a method of logical inference introduced by Charles Sanders Peirce which comes prior to induction and deduction.  The colloquial name for Abduction is “guessing” or even following a hunch.

Abductive reasoning starts when an inquirer considers of a set of seemingly unrelated facts, armed with the hunch that they are somehow connected or related.

The term abduction is commonly presumed to mean the same thing as hypothesis; however, an abduction is actually the process of inference that produces a hypothesis as its end result.  Abduction is first, then hypothesis, then experimentation and/or observation, then theory. 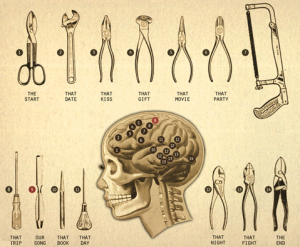 Reasoning is a critical skill.  In life, we have seen so many times when simple emotion or man’s sinful nature lead to unreasonable demands.  The ability to reason, and recognize the types of reasoning involved in dealing with issues, are powerful tools to pull out of the Critical Thinking tool box.