The 6 types of evolution taught in the average public school, the first 5 being types of Darwinian evolution, and the last being simple changes within kind or modification within kind and not even technically “evolution” are: 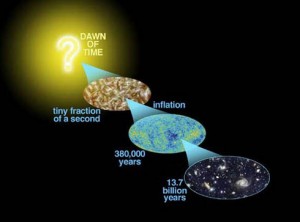 Cosmic evolution is the theory of the origin of the cosmos. The current theory, the so-called Big Bang theory, posits that a large quantity of nothing — and let me be very specific, a large quantity of nothing at all, which is authoritatively and scientifically referred to as “ylim” — decided to pack tightly together and then spun really fast and then got really hot and then it exploded and then become something.  Specifically, nothing transformed into hydrogen and helium.

That word ylim, does that sound sufficiently authoritatively scientific, or what? 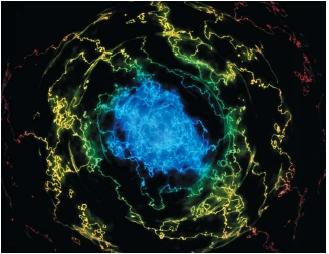 The theory continues further. Even though the separate and distinct from nothing “frictionless space” is “frictionless,” it somehow produced enough friction to slow down the expanding gases that nothing transformed into when nothing exploded. Oh, and somehow the gases were beset by angular momentum (they started spinning).

The theory continues further still. It is taking me a while to type this out because I have to occasionally pause long enough to stop laughing. Anyway, even though gases only ever rarify (spread out), these gases decide to pack tightly together so they can form themselves into “proto-stars”.

Does that sound authoritatively scientific or what? PROTO-STARS! Sorry, I had to chuckle some more. Okay.

The theory continues. Yes, it continues. After the stars explode themselves enough times, they fall into organized systems of gravity, angular momentum, orbits, and rotations all without any waste and all in perfect balance to eventually form galaxy clusters, galaxies, stars, planets, moons, and organized systems. 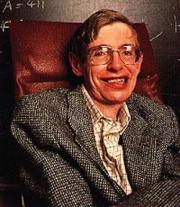 That, in a nutshell, is the Big Bang theory. I say nutshell, because you have to be total nutcase to believe this theory.  I would like to point out that even Stephen W. Hawking of Cambridge University, one of the most influential theoretical physicists in the world, possibly in history, rejected the Big Bang theory more than 20 years ago (National Geographic, December 1988, p. 762).

It is a theory that says that every perfectly arranged and ordered heavenly body, every atom of matter and anti-matter in the universe started from the absolute nothingness of absolutely nothing and then formed into absolutely everything — the amazingly fine tuned universe in which we exist. Everything, all order, all life, all heavenly bodies, formed out of nothing which lit off the chaos of the largest explosion in the history of time and space and somehow that explosion organized absolutely everything that exists.

How it All Started:

Monsignor Georges Henri Joseph Éduard Lemaître (July 17, 1894 – June 20, 1966), a Belgian Catholic Priest, struck on the basic idea in 1927. George Gamow, R.A. Alpher, and R. Herman devised the basic Big Bang model in 1948. But it was Gamow, a well-known scientist and science fiction writer, who gave it its present name and popularized it.

Enthusiastically campaigning for the Big Bang idea, Gamow used quaint little cartoons to emphasize the details. The cartoons really helped sell the theory. People who aren’t scientists love cartoons.  He also convinced a number of other science fiction writers, including Arthur C. Clarke and Isaac Asimov, to use the Big Bang theory in their science fiction stories.

There are two main categories of problems with the Big Bang theory. First, there are logical problems. Second, there are scientific problems. 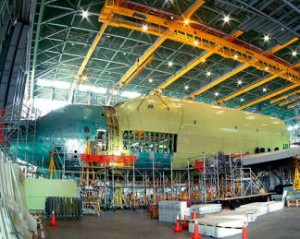 So. If you wanted to build a Boeing 747 jumbo jet, how would you go about doing it?

Before you tell me that you would hire the best and brightest engineers to concentrate their efforts on bringing untold amounts of intelligence into the design — before you start spouting off about tooling up a very complicated factory and ensuring that every fitted part exceeds even the most stringent tolerances — before you invest your mental energy into explaining logistics and inventory and quality assurance checks and all that rot — may I offer a simple suggestion?

Why not just set off a bomb in a junk yard?

Surely the explosion will organize the raw materials and result in a perfectly designed and workable 747 jumbo jet complete with topped off fuel tanks, pilots, and crew. Why wouldn’t it?

Okay, you think the odds are against it. But you have to admit that the possibility exists, don’t you? Isn’t it true that ANYTHING is possible?    Doesn’t explosive energy tend to organize matter?  Didn’t the Japanese organize Pearl Harbor on December 7, 1941?  Didn’t the USA turn around and organize Hiroshima and Nagasaki a few years later?  Didn’t all those explosions organize things nicely?  Isn’t it possible that if you set off a big enough bomb that it would result in your well organized aircraft? 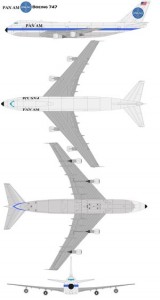 Maybe? No? Too insanely stupid to be believed?

Okay.  What if you started with absolutely nothing? Does that change your opinion? What if you took, you know, nothing and then you ignited it using, well, nothing since there is nothing to touch it off with, so that nothing explodes, because that’s apparently what nothing does when there is nothing to make it explode in the first place.  Everyone knows how combustible nothing is, anyway, especially when nothing ignites it. What then?

Oh. And instead of setting off the explosion in a junk yard full of raw materials, what if you blew up a bunch of, well, nothing. Nothing at all. Could you make your airplane then?

Now, I realize that we aren’t building airplanes. With our Big Bang, we are building an entire universe full of galaxy clusters and galaxies and solar systems and planets and moons and comets and that these kinds of things are VASTLY more simple in nature than a highly complicated finely-tuned airplane. My bad.

Aside from common sense logic, there are several apologetic arguments that come into play. Saint Thomas of Aquin (or Thomas Aquino or Thomas Aquinis), 1225-1274 AD, produced many famous writings in his lifetime, probably his most famous work being the SUMMA THEOLOGICA. His argumentation included over 1,000 arguments, in the form of syllogisms, for the existence of God. Among these arguments are some thoughts you may wish to consider or ponder alongside Big Bang theory.

The following are three of his arguments from a perspective of logic.

A third argument worth mentioning is  as follows:

I think that about covers the logical problems with the theory.

The truth is that no one living or dead has ever proposed a logical and scientifically sound theory as to how the universe came into existence absent a Creator.

Many, many illogical theories have come and gone including Geocentric, Solid State, Curved, Bounding, Multiverse, and Infinite.  The more facts we gather in the field of science, the more the evidence points toward a creation event.  When we poison science with unscientific and illogical nonsense, it forms stumbling blocks between our collective curiosity and genuine discovery.  And when one knows the facts and can obfuscate, ignore, or even hide the facts, then one is embracing not the noble cause of learning but an entirely different agenda.

The truth is that scripture tells us and logic confirms that we were created in the image of the Creator, male and female.  He created the heavens and the earth, the waters and the air, the birds, the sea creatures, and everything that walks or crawls or slithers on the earth, and he created the stars also.

Next week, I will explore the science behind Big Bang.