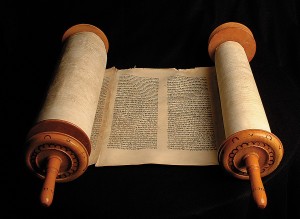 In Christ’s time, there were no Bibles. The Word of God was on scrolls, but the scrolls were precious and rare. People received the word of God, spoken by someone reading the scrolls, and they spent their adolescence memorizing the Scriptures.

If I said, “John 3:16,” most of you would know exactly to what I was referring. I wouldn’t have to say, “For God so loved the world that He gave his only begotten Son, that whosoever believes in Him shall not perish, but have everlasting life.” I simply have to quote chapter and verse and you know it.

In Christ’s time, due to the memorization of the scriptures and the absence of numeric designation of chapter and verses, when someone was referring to a passage, they simply said the first sentence of said passage. That referred to the whole thing. 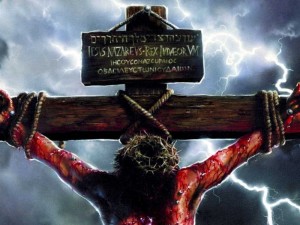 I don’t believe that Christ was saying that God forsook Him while He hung on that cross. I don’t believe that God turned His back on Christ at that moment. *I* believe that Jesus was referring to Psalm 22 and the prophesy made by David so many generations before. The first line of Psalm 22 is, “My God, my God, why has thou forsaken me?” And in the tradition of that time, Christ would have been directing people to that prediction found within that Psalm:

14 I am poured out like water,
And all My bones are out of joint;
My heart is like wax;
It has melted within Me.
15 My strength is dried up like a potsherd,
And My tongue clings to My jaws;
You have brought Me to the dust of death.

16 For dogs have surrounded Me;
The congregation of the wicked has enclosed Me.
They pierced My hands and My feet;
17 I can count all My bones.
They look and stare at Me.
18 They divide My garments among them,
And for My clothing they cast lots.

In fact, I believe that Psalm 22 specifically says that God did NOT turn his face from Christ:

24 …Nor has He hidden His face from Him;
But when He cried to Him, He heard.

So there are many interpretations that say that God cannot look at sin; therefore, He turned away from Christ in the darkest hour of His need. However, I believe that such interpretations are eisegetical, which means “not related to the text,” or, man’s biased interpretation based on Habakkuk 1:13:

You are of purer eyes than to behold evil,
And cannot look on wickedness.
Why do You look on those who deal treacherously,
And hold Your tongue when the wicked devours
A person more righteous than he? 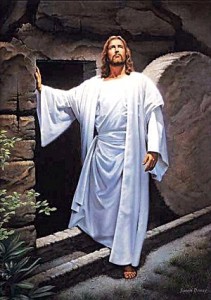 I believe that this is an exegetical interpretation, which is to mean derived directly from the text: All throughout Christ’s ministry, the prophecies of His life and ministries were fulfilled. From the cross, He used precious energy and breath to utter a single sentence to direct those who would hear and tell the story of the prophecy of Messiah’s death — and  remind them of the triumph. He was reminding those there that He would triumph over death as He told His disciples He would when he said in Mark 9:31:

“The Son of Man is being betrayed into the hands of men, and they will kill Him. And after He is killed, He will rise the third day.”

Why does it matter? Because I think that it’s wrong to think that God cannot look upon sin. God is omniscient and omnipresent. He sees everything and knows everything. We might grieve Him, but His back is never turned.

I hope you have a blessed day celebrating Christ’s resurrection from the dead.