For many years when I posted to the blog daily, every Sunday my clever husband would offer me a “day of rest” by taking over the homemaker duties here. Though this wasn’t finished by Sunday, this is one of those posts. Enjoy.

A Snake in the Garden

In our fallen world, my duties are pretty clear as the male half of the Biblical ONE that is our holy state of matrimony. I am to follow the “three P’s” principle to act as high Priest of my home, Provide for my home, and Protect my home and loved ones. That is what the Bible requires of husbands and fathers.

If you read the third Chapter of Genesis, you will discover the very often overlooked fact that Adam was standing right next to his wife the entire time the serpent tempted her.

In the KJV, the presence of the plural “ye” versus the singular “you” throughout the chapter is correctly translated from the original Hebrew (even if some of the punctuation and capitalization is a bit questionable) because the serpent is speaking to — or at least about — a plural set of human beings throughout the dialogue.

4 And the serpent said unto the woman, Ye shall not surely die: 5 For God doth know that in the day ye eat thereof, then your eyes shall be opened, and ye shall be as gods, knowing good and evil.

To translate that into clear English would go something like this.

4 And the serpent said to the woman, “The two of you surely will not die. 5 God knows that once the two of you eat that fruit, then both your eyes will be opened, and both of you will be like gods, knowing good and evil.”

“So when the woman saw that the tree was good for food, that it was pleasant to the eyes, and a tree desirable to make one wise, she took of its fruit and ate. She also gave to her husband with her, and he ate.” (Genesis 3:6, NKJV)

The word “with” in this verse, the Hebrew word אִם ‘im, implies joint action, as indicated in its dictionary entry in the authoritative HALOT Hebrew lexicon, “communal action or action in company…”.

Despite many attempts over the centuries to remain obtuse on this point by even respected commentators, Strong included, the verses really speak for themselves and very clearly in my opinion. The often retold Bible stories that imply Adam was absent or whatever are simply in error. He was there with her the whole time — and he was NOT doing his job.

Adam’s job was to cover his wife as high Priest, Provide for her needs, and Protect her to the point of defending their garden by keeping the snakes out.

What is your Legacy? 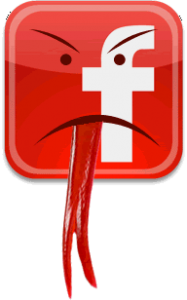 We only get about 10% or less of every day in time we can claim as our own. That’s it; just 10% or less. The question I asked myself a long time ago was this, “Do I really want to spend that time on Facebook?”

For me, it was an easy question to answer. I don’t have  a Facebook account. Same goes for GooglePlus, Instagram, Pinterest, Twitter, or any other such “social media” service account. I have never had any of these and don’t plan to ever sign up. I have my reasons for this but they don’t need to be written out here.

I have done other things with my time which mainly support one or another principle of Provision, Priesthood, or Protection. Instead of something like Facebook, I continue to leverage more traditional social media communication services. One is called Phone-book and the other is called Real Face. In short, I either speak with someone on a telephone or in person, face to face, in real life. If I use email or such, it is really just a preliminary note prior to a phone call or a meeting. Old fashioned, I know, but still remarkably more effective than Facebook.

What inspired this article today is this: Hallee is on Facebook.

She’s on Facebook and Twitter and Instagram and Pinterest and Yahoo group Mailing lists and GooglePlus, and on and on and on it goes. It’s understandable. She’s on these services for ministry reasons, work reasons, and some personal reasons. In watching interactions on Facebook over the past several years from a very objective distance I have observed a trend that I felt needed to be addressed.

In recent years, “marriage” has been culturally redefined as a purely secular contract for largely sexual encounters (deviant or otherwise) instead of being defined as a state of “holy matrimony” which necessarily defines it as a sanctified and holy state of being. Thus the sanctity of marriage between a husband and wife has largely evaporated. This complete lack of respect for the sanctity of marriage is VERY apparent on social media — like Facebook.

Whenever Billy Graham was traveling abroad on one of his numerous campaigns over the years, he NEVER once met with any member of the opposite sex in his actual hotel room — regardless of whether others were present, whether the door was left open, whether the lobby was crowded — under no circumstances did he ever allow it. Instead he abstained from the very appearance of evil.

Speaking for myself, if I happened to drop by a friend’s home and his wife was home alone, under no circumstances would I cross the threshold. There is ONE time in my life when I did thinking he was home. The moment I discovered he was not, I called him on the phone, explained my presence, and left immediately. It is not only about my own personal integrity and remaining above reproach, but it is a mark of respect for the sanctity of their marriage.

These conventions observing the sanctity of marriage were much more prominent when people interacted face to face in social situations. The electronic means of communication misleadingly labeled “social” media is really not very social. It’s media but in a very real way it distances people from realizing that they are socializing with human beings. If you’ve been living under a rock for the last several years you may have missed the stories about Facebook bullies leading to suicides, homicides, and rape.

From what I can see, conventions of respect for the sanctity of a marriage have been utterly discarded in Facebook land. In the land of Facebook, married men who should absolutely know better often cross the threshold with married women who are not their wives. They are not being sneaky about this behavior. They are being snaky.

I cannot tell you how many remarks another man’s wife has made in my actual presence with which I have staunchly disagreed. If it is a topic about which I am passionate which could lead to an argument or hurt feelings, unless her husband is standing there with her, my default activity is usually to keep mouth shut. I have sought out her husband and asked his opinion on the topic. But it really is not my place to argue with or lead another man’s wife.

In very direct contrast, over the last several years I have witnessed married men insult, mock, or tempt married women who are not their wives using the medium of Facebook. From what I can tell, this is done without any thought or concern about the impact their words can and very often do have upon the women who are not their wives or the community in which they coexist.

Understand, I am not mainly speaking of my wife, here. We understand that the brands known as “Hallee The Homemaker” and “Hallee Bridgeman, Novelist” are somewhat iconic in nature. We are fully braced for slings, arrows, and attacks of every type to come against those ministry efforts. It is actually not difficult to distance ourselves from that when it happens.

What I am talking about is any of a number of married women of our acquaintance who makes some off-hand remark on Facebook and one or more married men who are NOT her husband having some snotty, mocking, sharp, or even (and this is by far the worst) flirtatious statement publicly posted to the thread.

I honestly believe that such insulting, mocking, or teasing statements as I have read in these cases over the years would never even be uttered in person. Under no imaginable circumstances would they be spoken if it were the case that her husband was with her when the serpent began his work. Make no mistake, after witnessing the effect this has on her, on her husband, and on their circle of friends — having witnessed it on more than one occasion — this is the work of the deceiver.

First, if you are a married man and you feel you need things like Facebook in your life, I will strongly caution you about “friending” another man’s wife. Would you visit her actual home if her husband were away? Would you invite her into your hotel room? Then what business do you have being HER friend on Facebook? If you still feel you somehow need to “Friend” another man’s wife, I urge you to use the utmost caution before you cross her threshold and type any words AT ALL on her wall. If you just cannot contain yourself, maybe ask yourself if you could leave those words on her HUSBAND’s Facebook page. Would he appreciate your teasing, mocking, or insulting note to his wife? Bottom line, you probably have no business talking on Facebook to any other man’s wife who isn’t one of your direct relatives, dude.

If you’re a married woman, I will strongly caution you about “friending” another woman’s husband. Biblically, you are to submit to YOUR OWN husband and not just anyone’s husband. Pray about that and consider “unfriending” some male Facebook friends if you need to.

Secondly, husbands, the three Ps mean being involved in your wife’s life. How many married men who are not relatives are “Facebook Friends” with your wife? If a married man wants to be “Friends” with your wife on Facebook, have you ever asked her to justify accepting the friend request? If you vetted him and things still go badly, use Phonebook or Real Face and speak to him explaining why your wife is no longer his “Facebook friend” to keep the snakes out of your garden, dude.

If you’re a married woman, un-friend and block is an easy and very low drama activity. It might even get you a Phone-book or Real Face apology, which, by the way, you are due.

I commit to you that I will publish every single comment that meets this blog’s commenting criteria which I have linked here in case you wanted to review that criteria before adding your opinion here.