Let Them Into the Kitchen

I recently made eggplant parmesan for dinner.  (Recipe forthcoming).  I had Scott and Johnathan (Jeb) in the kitchen with me, as is typically the norm.  Jeb was on his chair watching me cook. 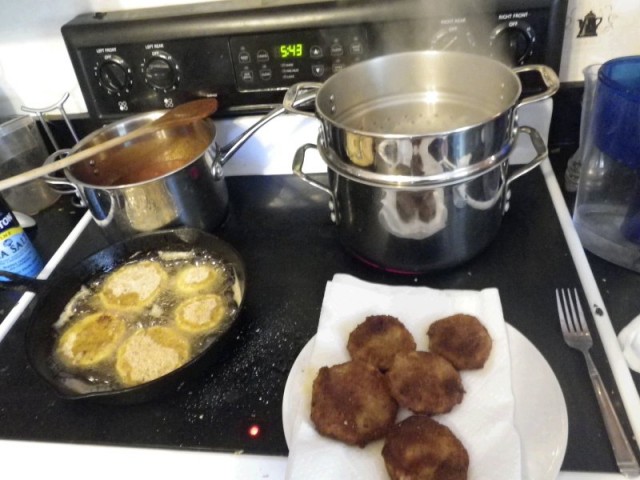 While I was contending with something on the stove, Scott decided to help.

I turned around and there he was, sending eggplant through the assembly line process.

Dip it in flour. 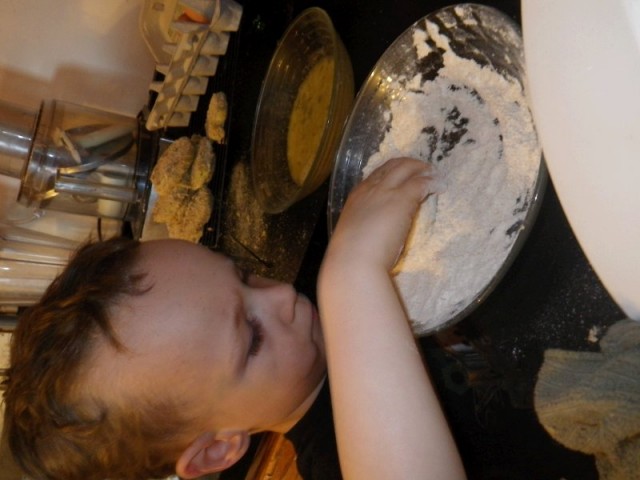 Dip it in egg. 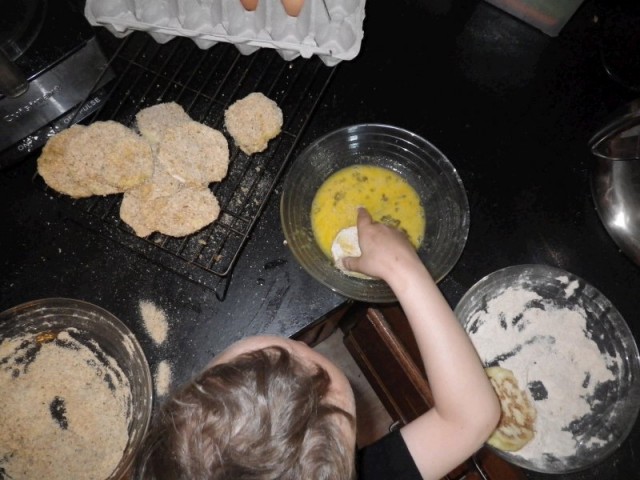 Dip it in breadcrumbs. 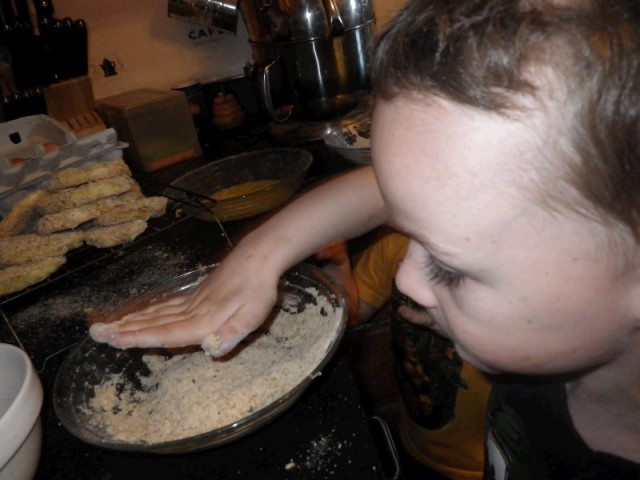 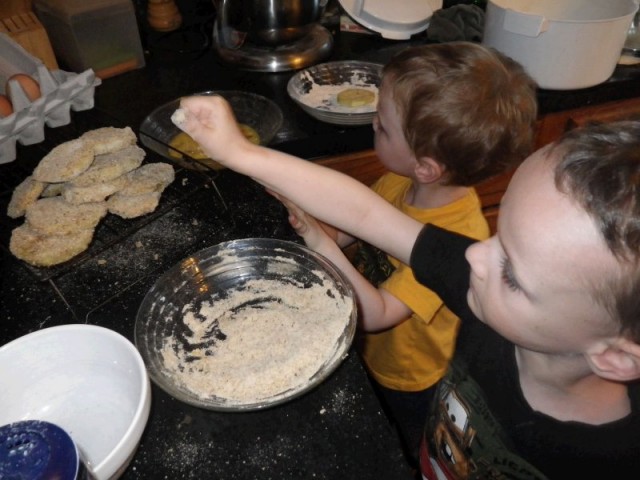 I was so proud of him.  He did everything in the proper order and did it perfectly.

While I was snapping pictures, Jeb decided to join in on the fun. 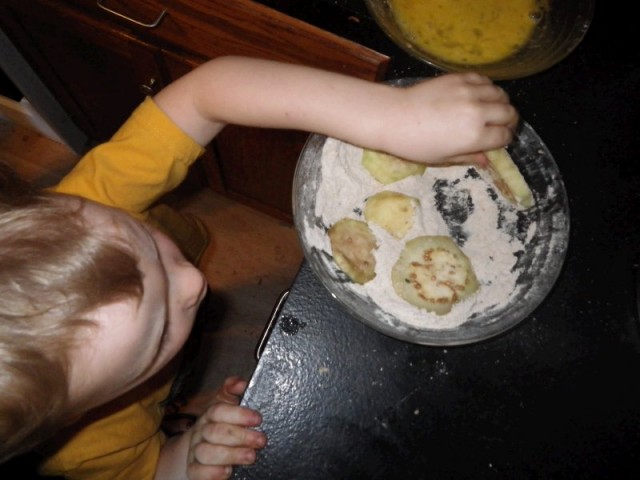 Don’t be afraid to let your younger children help you in the kitchen.  They are capable of doing so much more than a lot of us parents give them credit for.

Start them at 3 (like Jeb) and they will become comfortable in the kitchen, and in a decade or so, they won’t be afraid to pull out your old 1950 Betty Crocker, find a cake recipe, and go to town making cupcakes. 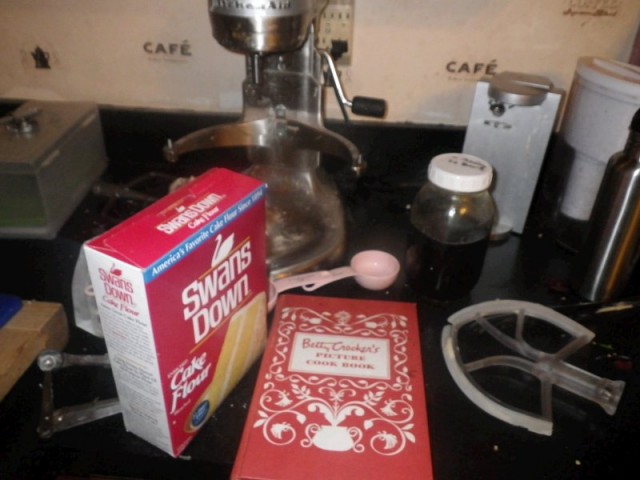 Gregg and I came home last night and found these. 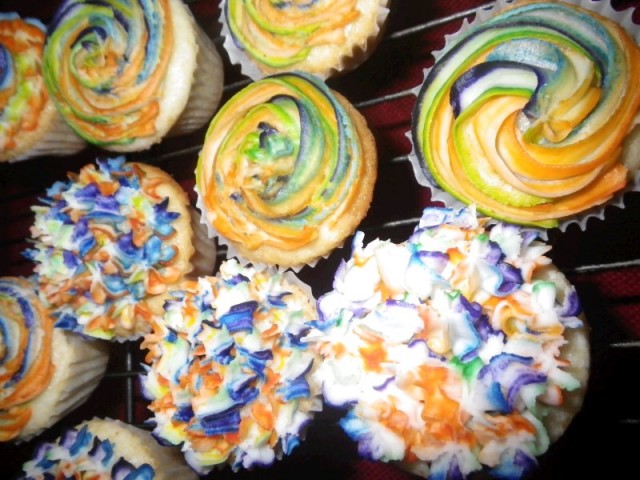 Kaylee had seen a picture on Tumblr or Pinterest and decided she wanted to make them.  At 15, my daughter loves to cook, loves to bake, and isn’t afraid to experiment.

Let your kids into the kitchen.  Don’t send them off to play or distract them with a show.  Hand them a chore and let them go to town.

Dinner prep takes a little longer.  Cleanup often takes longer.  But the end result is worth it.