In my Monday Morning Survey that was  a poll for questions for me to answer for my 2-year-blogiversary, someone asked me this question:

What is your stance on immunizations as it pertains to whole living and also intentional living? I’ve heard a lot of mixed reviews.

Gregg has a good friend who has a 10-year-old son who was a perfectly normal baby.  Then, he got an immunization and got very sick.  When he recovered, he was a completely different child.  And, in the last nine years, hasn’t spoken a single word.  Ever.  He is severely autistic and his parents believe very strongly that the immunization caused the change in their son.

So, we don’t go into this topic lightly.  And, I also realize that there are some serious differences of opinion – and I mean no disrespect with anything I say or any way I say it.

That said, I think that we are blessed in this country to have a population that is mostly immunized.  That gives some parents the freedom to determine whether they want to immunize or not.  I think there are areas in the world where parents would sell their most treasured belongings to purchase immunizations that could protect their children from diseases. 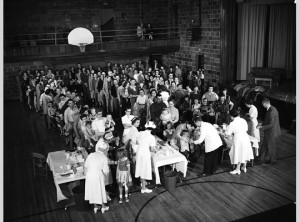 When I lived in St. Augustine, Florida, two friends of mine had fathers who had suffered from Polio.  They didn’t know each other, but they were about the same age and grew up in that area, so I can only guess that Polio hit that area hard during the epidemic of the 1950’s.  Both men had shriveled legs and had to walk around with crutches.  Both men had serious heart problems that manifested in their early thirties.  My mom, their age, remembers long lines of people at her elementary school that were there to get the polio vaccine.  The massive, wide-spread vaccination that occurred in the United States eliminated Polio from a threat to the population by 1979.

Kaylee was eight when we began our whole living lifestyle, and was fully vaccinated at that time.  Her father’s family had a family member who died after receiving vaccines, so as far as I know, Kaylee was the only child in the family who got them (there are several cousins).  When she was a little over a year old (I think – I can’t remember specifically – but she was on time for all of her shots) and after receiving her MMR vaccine, she ran a high fever for two days.  I remember her grandmother was very upset with me for letting her get it.  She is now fourteen, and the only vaccine we’ve turned down was the HPV vaccine.  Gregg didn’t like the research materials he read on it, so we declined it at the time.

When my niece was about 18 months old, she was at her grandparents’ house and had a bad cold.  Her wheelchair bound grandfather was watching her play across the room when she suddenly collapsed.  He called for help and her grandmother rushed in and scooped her up.  Without hesitating, they rushed her to the hospital, which was just a mile or two away.  If she hadn’t done that – if she had spent time at home trying to revive her, she would certainly have died.  She had RSV and spent two days in critical condition at the hospital. 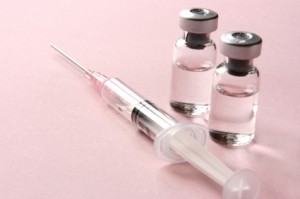 Scott was born 10 weeks early, in July.  In October, his doctor prescribed him monthly Synagis – the  RSV vaccinations – to last through the cold and flu season and end in March.  Knowing what had happened to my niece, it was very easy to allow them to vaccinate that little 5-pound infant every month.  The home health nurse came to our home, weighed him, and administered the vaccine for about $1000 a dose.  We also made sure that he stayed on a regular vaccine schedule (including getting his first Hepatitis vaccine when he was a day old and weighing only 3 pounds 5 ounces).  We were so afraid of him getting sick at all that we did everything we could to shield him from getting sick.

When we moved from Florida to Kentucky three years ago, when we picked our pediatrician, one of our standards was that he use preservative-free, metal-free vaccines, and that is what he uses.  All three children see him and have received vaccines from him, and none of them have ever had a single reaction to a vaccine.  Talking to his nurse in preparation for this post, she confirmed that the consensus among medical providers is that the metals, specifically aluminum and mercury, in the vaccines are what cause the reactions and the side affects from the vaccines.

So, to answer the question – my stance is that my children are immunized, but with the safest vaccines available.  And, I’m incredibly thankful – more than I can ever say – to live in a country where people feel comfortable not getting their children immunized.