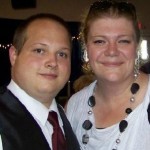 My sister, Misty, is the managing editor of her West Virginia town’s newspaper.  She has been writing columns for her paper for years – sharing her family and her life, making the mundane day-to-day life sound interesting and exciting, bringing the readers of her paper into her home and making them feel like a part of the family.  She is an amazing writer, and I have long hoped that she would want to write for us.  She is married to Mike and has three wonderful children, Hal (who is 9), Jamye (who is 7), and Jackson (who is 3). 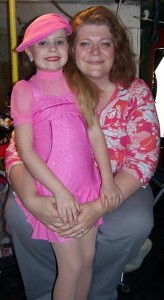 I can’t remember what we were even watching on television, but I’m sure it was a cooking show with overpowering chef mentors and every other word bleeped out. We like those shows for some reason.

I think I said something about “adding calories for the sake of calories,” or something silly like that. Sitting right next to me, in her little pink nightgown and her hair freshly braided after a shower, my seven-year-old daughter, Jayme, said “Oh great, you have to start talking about calories while I’m eating.”

She was eating what we call a “healthy snack.”  She wasn’t eating candy or a Little Debbie snack. She was eating an apple. After a certain time in the evening, the kids know what they’re allowed to eat. Dinner was two or three hours ago, and toward bedtime they may feel a little peckish. That means a little bowl of grapes or strawberries, a banana, an apple or whatever fruit I happen to have on hand.

I don’t know if she made the calories crack because it’s something she heard on television or from an older girl at the dance studio. But panic welled up inside of me.

You see, I struggled with my own body image all through high school and a fair chunk of my 20’s. If you look at me today, you’d be shocked to know that I don’t too much care what anyone thinks about the way I look. Instead of buying clothes that are three sizes too big to “hide” myself from the world, I buy clothes that fit. They don’t look the same as they do hanging on the mannequin in the store or as the model in the online picture, but they look good.

When people ask me if I’ve lost weight (why do people ask that when you’re 6-feet tall and weigh 300 pounds? Could they really tell if I’d dropped a few pounds or are they just being polite?) I usually say “probably not. Maybe it’s just the way these pants or this shirt fit.”

I’ve been up and down 20 pounds for my entire adult life. I might not look appealing to others, but I kind of like myself. I feel comfortable in my own skin. I don’t compare myself to others, because as tall as I am, as much as I weigh, as big as my feet are, there aren’t a lot of people to whom I could fairly compare.

Yes, I gripe about not being able to find shoes except at one discount store or online, but I can’t change the fact that I wear a size 12. When some work friends and I were talking about weight the other day, one of them stared at me in disbelief when I said I was about 300 pounds.

“How is that possible?” he asked. 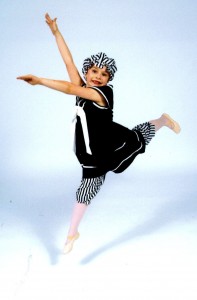 Anyway, it’s safe to say that as far as body image goes, I’m light years away from how I felt about myself in middle school and high school. I was teased by classmates. Family members, sometimes in a way that was a little cruel, would try to “help” me lose weight. When I went to the beach or the pool, I wore a T-shirt that was three sizes too big over my bathing suit, which I would throw off quickly and jump in the water so no one would see my body and judge me.

Honestly, cover-ups I wear now are more about the sun and my fair skin that they are about hiding.

And I don’t want to give off the impression that I strut about in booty shorts and tanks that are too tight. I wear clothes that are appropriate for my height and body size. I’ll look at something and often say “that’s cute, but it wouldn’t look that great on me.”

Finding a formal dress for an upcoming black-tie event was a chore. Everything was too short in the cocktail section. Short on you is way too short on me. I had a very kind and very fashionable friend help me find a dress that would flatter my figure. It was sleeveless, which I would have shied away from in my days of youth. But the dress was so pretty. And when it came mail order, I felt in love with it. I loved it just as much on me as I did when she sent me the link online.

It’s been a lifelong struggle to become comfortable in my own freckly skin that never tans. But I am comfortable.

So back to my beautiful, intelligent, artistic little girl. The 7-year-old willowy little dancer who was wearing a ballerina nightgown, eating a Red Delicious apple, and making a crack about calories. I panicked. And I had THE talk about body image.

I tried to explain to her that she didn’t have anything to worry about when it came to calories. I asked if she was concerned about gaining weight.

I explained that the reason why we talk about food a lot in our house was because we have athletes who live here. On a busy week, it’s nothing for Jay to spend 10 hours at the dance studio. She doesn’t just take a class here or there. She’s the youngest member of a highly talented dance company who compete against dancers from up and down the Eastern Seaboard, and they have blown them away at each competition and earned countless accolades. She’s taken workshop classes from famous choreographers and professional dancers. We’ve seen a lot of those teachers in music videos, television programs and commercials.

At the age of 7, she has a passion for dance, a drive to be the best dancer she can be. In two weeks, her company will compete against dancers from across the country in a national competition. And during those five days in Orlando, Florida, she will spend at least six hours a day in dance workshops, in addition to competition rehearsals and competition.

I tried to explain to her that food is sometimes fuel. You wouldn’t put maple syrup in a car’s tank, right? No, she said with a giggle. You put gas in the tank so you can drive. 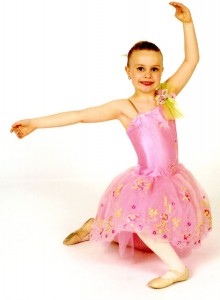 If we fed her a Happy Meal before a 6-hour dance workshop, she’d feel lousy by the time it was over, I explained. That doesn’t mean that she never gets a Happy Meal or her favorite treat, Reese’s Cups.

But the way the body looks has nothing to do with anything. The grueling stretches she does are about performing to the best of her ability, not about toning her tummy so that she looks good in a bathing suit. Without conditioning her leg muscles or her back muscles or her stomach muscles, she could face injury.

I told her if she decided to give up dance and play the trumpet in the band, then her stepfather, Mike, and I would make sure that she ate the food a trumpet player needed to be the best trumpet player she could and that we would help her work on whatever conditioning a trumpet player needs to perform. I’ve never played a trumpet, but I imagine you need some flexible fingers and strong biceps.

I told her I would love her if she was three feet tall and 300 pounds. And I told her that she should love herself, too. I told her that she’ll come across many people who wouldn’t see past the way she looked on the outside, for the better or the worse. But those people aren’t the ones who matter. And I told her one day, many many years from now, a guy would come along and he wouldn’t look at her body. He’d look into those pretty greenish blue eyes, a look right down into her beautiful soul and love her.

She rolled her eyes and groaned. Not because she didn’t believe me that some lucky guy was going to come along one day and earn her love, but because she’s 7 and boys are so not on her radar.

She went back to apple. I don’t know if she was still worried about the calories contained in her healthy snack or not after THE body image talk. But I hope and I pray that she took something away from it she’ll store in that brilliant little mind and be able to use one day.