Obviously I told her she couldn’t get Cosmo. Ever. And I explained why. Next she grabbed 17 Magazine and asked if she could have that one. When I was in high school, I don’t remember 17 being a problem, so I took it from her and looked at it. “Love & Sex Secrets: What No One Tells You About Your First Time”. So, no.

Finally she found a tweeny magazine all about girls being girls, with Justin Bieber on the cover. I looked through it, and it was exactly what she was looking for. Her age appropriate spring styles coming out, nothing about sex, and a lot about Justin Bieber.

In continuing our discussion of Vicki Courtney’s 5 Conversations You Must Have with Your Daughter, we enter into Chapter 9, “What the Culture is NOT Telling Your Daughter About Sex.” 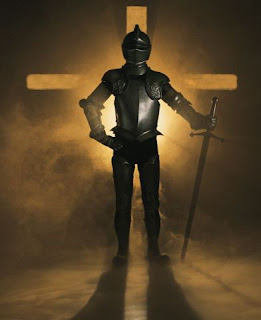 I think one thing to pay attention to before we even enter into this chapter is this:

When talking about how to deal with Satan, with darkness, with spiritual wickedness, the Bible tells us to stand and fight, protected by truth, righteousness, the gospel of peace, and armed with faith, salvation, and the word of God. When talking about how to deal with sexual immorality, the Bible tells us to flee, to run, to get away from there without passing Go, without collecting $200. I think this is a vital distinction. If sexual immorality were something that we could win against, with all of that armor and weaponry, we wouldn’t be advised to flee from it.

Unfortunately, our culture is saying the exact opposite. Dress sexy, look sexy, puff your lips up, show your breasts, let your bra straps hang out of your clothes, wear skinny jeans that show every line and every curve – and do it with the the goal of attracting a man then having sex with him. And hey – have fun while doing it! Everyone else is! Watch this movie, read that magazine article, try this move and that text. Immerse in sexual images, read sexual words, partake in sexual practices. And anyone who tells you that it’s wrong is foolish to think that you won’t actually do it.

What they’re not saying is that aside from the risk of pregnancy and sexually transmitted diseases, having sexual relations outside of the bounds of marriage is damaging to our very beings. When a woman has sex, her body releases the neuro-peptide oxytocin – the “bonding” chemical. This is the same chemical that is released when a mother breastfeeds her baby. It promotes bonding and trust – as in the bonding of a man and woman becoming “one” and the trust between a husband and a wife.

Jess Lair, Montana State University, describes this bonding process like this: “Sexual bonding includes powerful emotional, psychological, physical, and spiritual links that are so strong that the two people become one, at least for the moment. Sexual intercourse is an intense, though brief physical bonding that leaves indelible marks on the participants…to believe that one can walk away from a sexual experience untouched is dangerously naive.” 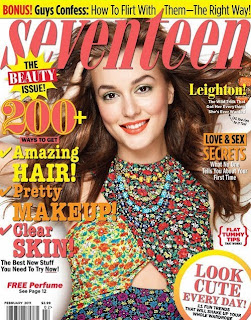 Worse yet, the more partners a woman has, the less oxytocin is released. According to an article by Dr. John Diggs and Dr. Eric Keroack, “People who have misused their sexual faculty and become bonded to multiple persons will diminish the power of oxytocin to maintain a permanent bond with an individual.”

Mark Gungor, author of Laugh Your Way to a Better Marriage, puts it this way:

Obviously, one of the most amazing gifts God ordained for a husband and wife in a state of holy matrimony is sexual intimacy. But what if you aren’t a husband and wife in a committed, married relationship? What if sexual behavior is not even conducted exclusively between one man and one woman as our culture more and more says is normal? While culture dubs all sex as “intimate” the truth is that sex outside of holy matrimony isn’t intimate. Sex outside of marriage can range from being merely entirely physical and thus empty — to the most humiliating experience in your living memory — to downright hurtful or painful physically, emotionally, and spiritually. Yet our culture saturates younger, and younger generations of people with the exact opposite message.

I’ve talked with my daughter about premarital sex. I’ve told her that our expectations are her continued virginity until marriage. I’ve discussed the dangers of sex, the risks of pregnancy, what STD’s are and what they can do. I’ve talked with her about how it will damage her if she has sex, and how much it will hurt her future marriage. But she’s just now starting to understand how saturated our society is with this message that it’s not only okay, it’s expected. She’s started to see it everywhere, just as we do, and she’s learning how to flee from it.