Praying Through the Night 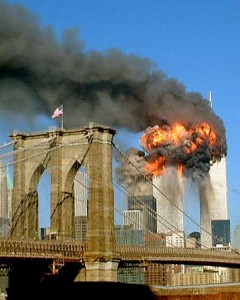 One Monday night, Pastor Jim Cymbala could not sleep.  It irritated him that he couldn’t sleep, because he had a full day of meetings in front of him the next morning.  So, after tossing and turning for a while, he finally quit trying and got out of bed.

He pulled out his Bible and spent the rest of the night praying to God, immersed in God’s word, talking to God, and meditating on God.  When morning came, he was tired but started his day refreshed in the Word.

About 9AM Tuesday morning, as he entered his first meeting, his cell phone rang and told him about a plane hitting the World Trade Center.  His phone didn’t stop ringing after that.

Jim Cymbala is the pastor of the Brooklyn Tabernacle.  His congregation lost more people on 9-11 than any congregation in the New York City area. The church also became a sanctuary for those fleeing Ground Zero.  An article from Christianity today said:

Thousands of people, many covered with debris, came running across the bridge into Brooklyn as the World Trade Center came crashing down. As they streamed by Brooklyn Tabernacle hour after hour, church members set up tables with water and cold rags. In the road, which was now closed to traffic, someone used a bullhorn to tell passersby that they were welcome to pray inside. 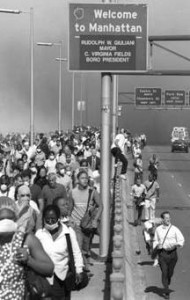 In the testimony I heard, Pastor Cymbala said that he felt that God kept him up that night to pray and meditate so that he would be spiritually ready for the next day, the next week, the next month.  He said that he was so thankful for that quiet time away from people and responsibilities and meetings and just general day to day stuff, that he had those hours of dark and quiet to focus solely, uninterrupted, on God.

Neither one of my boys sleep well.  Scott is sometimes up all night.  Johnathan, who I thought skipped out on his Daddy’s insomnia, has started waking up several times a night again.  On those long nights, I often forget this testimony and think of it the next day.  But the times I do remember, the times I just get out of bed and pull out my Bible and start talking to God, those are the mornings after when I can function the best even with the lack of sleep.  Those are the days after that I’m not exhausted to the point of tears, and I can make it through my day.

When you can’t sleep, get out the Word.  Take the time, the quiet time, to spend it in prayer.  It may relax you and steady your mind to allow sleep.  It may energize you for the next day.  Or, in the case of Pastor Cymbala, it may be that God is prepping you for a difficult time ahead and you may need that spiritual grounding just as he did.