The fact is, no one knows how old the Earth is.

Even though vast amounts of time don’t prove Darwinism, if the earth is quite young, short amounts of time, a young earth, and a young universe, directly and utterly refute Darwinism. This Sunday, I will continue to present some facts about the age of the earth and the universe looking at evidence from our atmosphere and from our globe itself. While opinions regarding the age of the earth vary, the fact is that there are endless factual evidences that our world is quite young.

Consider Evidence from Our Atmosphere

ATMOSPHERIC HELIUM:The radioactive decay of either uranium or thorium produces helium. According to Darwinist theory, these decay chains have been going on for billions of years, and should therefore have produced a much larger quantity of helium than is found in our world.

To fit the Darwinist pattern, our atmosphere would now have to contain much more than our present 1.4 parts per million of helium. Some Darwinists have suggested that the helium is escaping out into space, but no evidence has ever been found to substantiate this claim. Research has shown that, although hydrogen can escape from the earth, helium is not able to reach “escape velocity.” In order to do so, the temperature of the planet would have to be too high to support life.

Not only are we not losing helium to outer space, but we actually gaining helium from outer space. Melvin A. Cook has shown that helium spewed out by the sun’s corona, is actually entering our atmosphere.

Helium content is a good measure, since there is no known way it can escape from the atmosphere into outer space. Larry Vardiman, in The Age of the Earth’s Atmosphere: A Study of the Helium Flux through the Atmosphere (1990), argues that, on the basis of atmospheric helium content, the earth cannot be more than 10,000 years old.

Kofahl and Segraves conclude that, using all three helium sources in the calculation, earth’s atmospheric age would be reduced to 10,000 years. In addition to this, a worldwide catastrophic event in the past such as a Global Flood caused by crustal collapse could have unleashed much larger amounts of helium into the atmosphere over a short period of time. Such an event could significantly reduce the total atmospheric age making the earth even younger.

CARBON-14 DISINTEGRATION:The present worldwide buildup of radiocarbon in the atmosphere would have produced all the world’s radiocarbon in several thousand years. Yet, ironically, it is Carbon 14 that is used by Darwinist scientists in an attempt to prove that life has existed on our planet for millions of years!

Robert Whitelaw, a nuclear and engineering expert at Virginia Polytechnic Institute, found that the production rate is not equal to the disintegration rate. In fact, his calculations reveal a recent turning on of the C-14 clock, otherwise the two factors would be in equilibrium.

What this means is that at some point the amount of C-14 in the atmosphere will reach a point of equilibrium with the rate of decay, kind of like pouring water into a bucket at a constant rate, only the bucket has holes drilled in the sides. At some point, the rate of water escaping through the holes is going to reach equilibrium with the rate water is flowing into the bucket.

Therefore, based on Carbon-14 dating, the earth cannot be more than a mere few thousand years old, absolutely not millions of years old, and assuredly not billions.

Consider Evidence from Our Globe

EARTH’S ROTATION:The spin of the earth, currently about 1000 miles per hour at the equator, is gradually slowing down. Gravitational drag forces of the sun, moon, and other factors cause this slowing. The decline in the rotation rate is now known to be greater than thought previously. What this means is that the earth is slowing down at an ever more rapid and ever greater rate of decline. 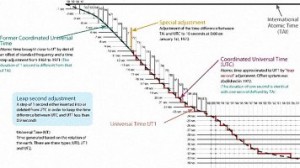 Using one set of simple and valid calculations, one can extrapolate backward from our present rate of spin to 4.2 billion years ago. At that time, our planet would have been spinning so fast that it would have flattened itself into the shape of a giant disk. We, today, would still see evidence of the effects of that. For example, our equator would currently reach 40 miles up into the sky, and our tropical areas, and all our oceans, would be at the planetary poles. 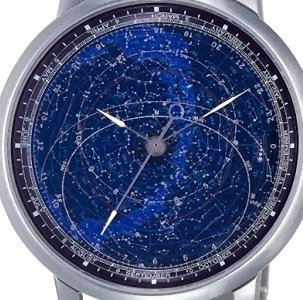 Lord Kelvin, the 19th-century physicist who introduced the Kelvin temperature scale, used the earth’s slowing rotation in another set of simple and valid calculations. He determined that if the earth were really billions of years old, as Darwinists claim, then it would already have stopped turning on its axis millions of years in the past. This is called “tidal lock” and is why only one face of the moon ever faces the earth. The moon is tidally locked with the earth. Adjusting for the new discovery of the constant rate of deceleration, taking into account that we now know that the earth is slowing down at an ever more rapid rate of decline, the Kelvin calculation shows that the earth would have become tidally locked with the sun, much as Venus is, over two billion years ago.

So, by either type of calculation, our world cannot be more than a scant few thousand years old, positively not millions of years old, and indisputably not billions.

MAGNETIC FIELD DECAY:Earth has a strong magnetic field. Without it, Earth would feel the full brunt of solar and cosmic rays. The magnetic field shields the earth from a host of threats ranging from micrometeorites and cosmic dust to harmful radiation. 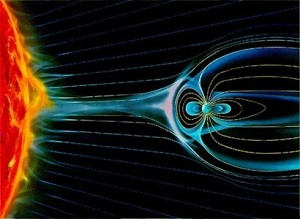 During times of high solar activity, such as solar flares or sunspots, the earth’s strong magnetic field bounces enormous amounts of radiation away from the earth and out into space, much like an umbrella held flat against a wind driven rain. However, the magnetic field is strong enough that it also pulls some of that radiation down into the earth’s poles which results in a few sets of observable phenomenon. Firstly, we can witness the “northern lights” or the Aurora Borealis as that radiation is drawn into the magnetic poles of the earth. Secondly, a measurable amount of Joule heat increases the earth’s temperature at the event horizon.

In 1835 the German physicist, K.F. Gauss, made the first measurement of the earth’s magnetic dipole moment; that is, the strength of earth’s internal magnet. Additional evaluations have been recorded about every decade or so since then.

Working with that hard data collected over more than a century, it has been determined that earth’s magnetic field is decaying. In fact, the strength of the magnetic field is decreasing exponentially, according to a decay law similar to the decay of radioactive isotopes.

On the basis of facts obtained from dipole moment measurements, the magnetic field appears to have a half-life of around 1400 years. Since 1835, global magnetism has decreased by more than 14 percent. 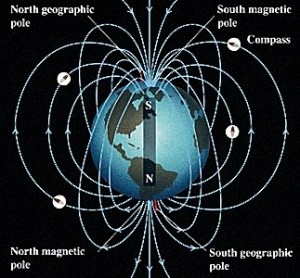 This magnetic decay process is not a local process, such as one would find in uranium, but worldwide. It affects the entire planet earth. It has been accurately measured for over a century and a half, and the data is not subject to environmental changes because it is generated in the very center of the planet.

If any fundamental planetary process ought to be a reliable indicator of the earth’s age, it is our earth’s magnetic field. The evidence indicates an upper limit of decidedly less than 10,000 years for the age of the earth. In short, the earth could not be older than 6000 or 7000 years old, categorically not millions of years old, and incontrovertibly not billions.

The truth is that no one either living or dead has ever come up with a plausible explanation for how the universe came to be, how the galaxies and stars and planets follow their orderly paths, how the moon and the earth are so perfectly placed, how life on our planet even exists — without all of it having been created. There is no sound theory in existence that leaves out the Creator.

There are essentially two accounts for creation; there is Man’s account and God’s account.  Man is fallible, often lies, and was not present at the moment of first creation.  The Creator is infallible, never lies, and was present to witness (observe) the moment of first creation since He initiated it.  Is it logical to take the word of fallible man as more credible than infallible God?

In recent days, I have received a great deal of “feedback” from die-hard Darwinists who have subscribed to my humble Sunday missives. I would very much like to publish these comments, but they are apparently intentionally inconsistent with the published commenting policy of this blog that specifically prohibits profanity and personal attacks. While I have enjoyed some new spins on some tried and true swear words, and had a few really good laughs at the depth and breadth of childishness on parade, not one of these Darwinists has made an honest attempt to refute any of the scientific facts that I have presented in any of the Sunday creation posts.

The anger on display borders on fanatical. There is no logic, no reason, no open-mindedness, no intellectual integrity. It is as if someone has insulted or threatened their deeply held religious beliefs! Why such emotion over points of science? Can you imagine anyone getting so violently enraged while debating a point of mathematics? Simply put, it isn’t about science. It is about the secular humanist religious belief and common sense encroaching on the nonsensical methodological naturalism Darwinists obsessively employ.

So, to all you monkey brains reading this, consider this as a very sincere personal invitation to you.  Try to compose an intellectually honest argument that summarizes your counterpoint to any of the scientific points I have mentioned. Stick to the science. What I mean by that is that I consider you — collectively and individually — to be childish, scientifically illiterate, intellectually and spiritually bankrupt, hedonistic, narcissistic, solipsistic, endlessly rationalizing and highly illogical drones.  However, my opinion of your mental and spiritual state has little to do with the science so I leave my opinion out of the scientific debate.