I have a friend who is due with her second child any day.  And by any day, I mean that we prayed her through the weekend because there was an event that she really wanted to attend.

She’s been heavy on my mind lately, because of her impending birth.  I check Facebook statuses all the time and worry over her and pray for her.

The other night as I was working in the kitchen, Jeb was playing in the drawer that has all of the plastic bowls and I thought about her because she has a daughter who has a drawer in her kitchen.  And as I cooked and prayed for her, I thought about the last couple of years for her and how hard they’ve been.  Her father was diagnosed with brain cancer and fought diligently but went home to be with the Lord.  Right before he died, she lost a baby, and right after he died, she lost a baby. 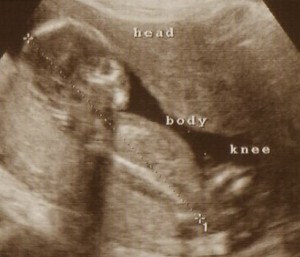 I am a very stoic person.  I always have been.  I don’t react emotionally to much of anything.  In times of any kind of catastrophe or pain, I become extremely rational and very logical.  When friends call me in a time of crisis or mourning, I don’t cry on the phone with them, I don’t wail and moan.  I become very clipped and analytical.  I’d like to say that I respond later, when the dust has settled, but most of the time, I don’t.

But just because I don’t have an outward reaction, doesn’t mean that the emotions don’t exist.  My brain just channels them differently.

My friend called me right after the first baby died and I simply relayed my experiences with her.  Johnathan was my 8th pregnancy.  At 31 weeks, it was the second longest I’d ever been pregnant.  During every single milestone I crossed, I celebrated.  I’ve lost two babies at 6 weeks, one at 8 weeks, 10 weeks, 20 weeks, and Scott was born at 30 weeks.

As she went through this pregnancy and I thought about each milestone she passed, I wondered if she celebrated like me.  I wonder if she held her breath as that week approached, at every doctor’s appointment before the ultrasound wand touched her stomach or the heartbeat monitor found the sound of that little heart just beating away – I wonder if she had that moment of panic that I had every single time. 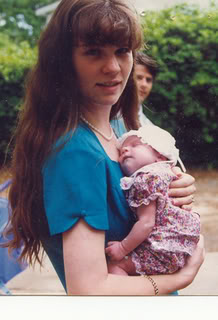 I don’t mean to take anything away from you parents who have never had a bump in a pregnancy.  That’s not my intent.  But I think that when you have lost a child, no matter how far along you are, when get pregnant again and risk that journey and that pain all over again, I think that you really do appreciate it more.

I lost two babies before Kaylee was born.  One at 6 weeks and one at 20 weeks.  At 20 weeks, you’re halfway through your pregnancy.  People have started giving you gifts, grandparents are pushing you for the names you’ve picked out, you’re debating whether you’re going to find out the sex.  When that baby died, I didn’t even cry, I don’t think.  The nurse cried.  The doctor was upset.  But I just took the information they gave me, made surgical arrangements, called people – in my typical fashion, I handled things and dealt with the details.

I accidentally got pregnant within a few weeks of that, and this beautiful wonderful absolute total blessing from God was given to me.

She was just a few months old when I got pregnant again.  I lost that one at 10 weeks.  That loss devastated me.  Because, while I intellectually knew what I was losing before, now I emotionally knew what I’d lost.  And while that was my fourth pregnancy, it was the first time I shed any tears.

When I was pregnant with Scott, I remember hitting every milestone and just praying.  His birth, even at 30 weeks, was such an amazing miracle.  Apparently, magnesium removes all of my stoicism and I was quite emotional the first two days after he was born (I don’t really remember any of it) at the overwhelming awesomeness of it – of this perfect little life who was struggling to breathe down the hall in the NICU.

And I wondered if people who don’t have problems with having children or pregnancies really KNOW how amazing the life is that God has handed them.  It makes me wonder if they stop to consider just how precious and awesome and amazing our God is.

As I cooked and thought of all of these things, I wondered if my friend felt this deluge of emotions as she enters the final stretch in her pregnancy.  If this moment means so much more to her now that she’s suffered such horrible losses this year.  Not to say that the child will mean more than her daughter, but the knowledge of the journey garnered, for me at least, a greater appreciation for just how big this blessing from God is.

And I’m so very happy for her and for her family and I pray that her delivery will be smooth and easy and that she and her husband can hold that precious gift in their arms and know just how perfect God’s design is.

“Before I formed you in the womb I knew you, and before you were born, I consecrated you…” – Jeremiah 1:5