Less than a minute 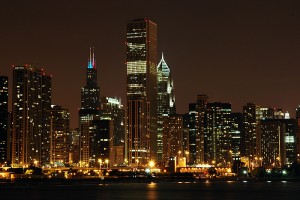 We are in Chicago.  This week is Kaylee’s Fall Break at school.  So on Wednesday, after a trip to the orthopedic surgeon to cast her left hand (public service announcement: dainty 12-year-olds ought not to play “scatter ball” with teenage boys at youth lock-ins if they don’t want jambed fingers or broken left thumbs), we finished packing, loaded the car, and drove north.

My brother and his wife and daughter live here.  I also have several friends I met on a pregnancy message board who all have children the age of Scott.  We are having a fantastic time.

With a few hours to kill yesterday, we decided to find a mall and finish Kaylee’s winter clothes shopping.  Her summer dresses weren’t going to cut it for church in Kentucky winters, and she needed a few more shirts for school.  While there, we passed a display at a Claire’s of fashion inspired by the remake of the movie Fame.  Kaylee is going to be an 80’s girl for Halloween (and if that doesn’t make me feel old, hardly anything can at this point.)

Scott found a display of stuffed animals right next to the Fame display and started playing with them.  Jeb was in his stroller.  Kaylee and I picked out lacy leggings and hot pink leg warmers, and moved to a display of big hoop earrings.  About sixty seconds at that display, I realized I’d moved too far away from the boys and turned to get my eyes on them.

I did a quick scan of the tiny store and asked the manager to look in the back and then call security while I stepped out of the store.  It was a Friday late afternoon, so hardly anyone was in the mall.  I could see from one end of the huge corridor to the other and could not see him.  Claire’s is right by the Food Court, which had exit doors, and my immediate fear was that someone took him out, so that’s the direction I headed.

By now it had been less than two minutes since I’d last seen him.

A security guard was flirting with a Taco Bell attendant, and he immediately got on the radio and gave his description.  He and I went in different directions.

Strangely, I was not panicking.  I tend to think in worst-case scenarios, so in my mind he’d already been swept up by a deranged pedophile and loaded into an unmarked van and was halfway to Wisconsin by now, so anything else would be easy to handle.

Less than a minute later, the security guard flagged me down.  They’d found him.  We walked the entire length of the mall, passing kiosk workers who kept pointing down the length saying, “He went running that way,” hung a left, and found him at a big display of children’s rides.  He was on Nu-Nu (from Teletubbies) and wanting “big money” (a quarter) to ride it.  An older man was watching him until security could find me.

Apparently, he’d run – fast – the whole way, which is why in less than a minute’s time I wasn’t able to see him down the length of the mall.   How he knew that this play area even existed is a mystery.

Poor Kaylee had been left guarding the stroller and was in a near panic by the time we got back to her.  She just grabbed Scott and started crying.

It took less than a minute for him to be completely on the other side of the mall and out of my sight.  If the mall had been any more crowded, kiosk workers wouldn’t have seen him running.  ANYTHING could have happened, especially that worst case scenario I’d immediately considered.