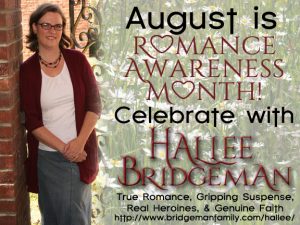 I *love* romance. So, I guess it makes sense that I write romance. 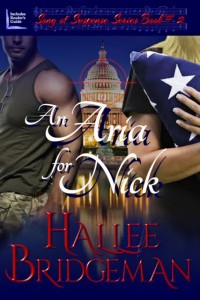 Looking through all 8 of my published romance novels, I believe that my most romantic is An Aria for Nick. Nick is such a deep character who has suffered so much in life that you just find yourself rooting for Aria and him to be together so that maybe some of his demons will quiet. As a reviewer said, the romance is sigh-worthy. So, to celebrate Romance Awareness Month, I put An Aria for Nick on sale for just $0.99. That’s a $4 savings.

An Aria for Nick can be purchased in e-book format at Christian book online retailer Deeper Shopping. An Aria for Nick is also available at the following booksellers: Amazon, Barnes & Noble, Apple, Google Play Bookstore, Smashwords.

The Only Man Who Can Save Her Life Has Been Dead for a Decade.

Raised in a loving home, Aria Suarez dreamed of becoming a professional pianist happily married to her high school crush. After the only boy who ever caught her eye dies a hero’s death and her wrist is shattered along with her future plans, she turns her brilliant musical mind to nuclear engineering and solving mysteries of science.

Abandoned to an abusive father at five, Nick Williams grew up dreaming of escape; of enlisting in the Army and leaving his wretched life behind; of proving himself worthy of the girl he loves. But the crucible of combat offers only the escape of death.

A decade later, Aria uncovers a nuclear plot that threatens the heart of our very nation. Sinister forces surround and threaten her when, out of nowhere, the man who reportedly died so many years before returns as if from the grave — intent on protecting her.

Or is Aria doomed to mourn Nick twice?

Excerpt from the Book:

NICK woke with a start, his pulse pounding. On the outside, he did nothing more than open his eyes, but inside he waged a war with fear and panic. He forced his pulse back to normal and got his bearings. Aria’s place. He looked at his watch. Six-thirty. He’d slept for about half an hour.

The room was filled with a soft orange glow from the setting sun coming through the window facing west and the entire home was filled with the aroma of cooking meat. From the direction of the kitchen, he could hear Aria
humming a hymn.

A wave of longing washed over him, leaving him feeling weak and scared. He clenched his hands as he fought it while he cursed himself. This was not for him. A normal life in a little bungalow on the Willamette River was something he could never have. After the things he’d done, it was something he didn’t deserve. The dream had just left him feeling vulnerable.

He stood and stretched, then went to the phone. He started to engage the receiver, but changed his mind. Tomorrow would be soon enough to return to the world. For now, he wanted to shut it off.

He walked toward the kitchen and leaned against the doorway, watching Aria while she was unaware of it. She moved around the kitchen, chopping vegetables, stirring something on the stove, moving around the room but never
looking behind her. She had to get a little stool out to stand on so she could reach something on a high shelf. Nick was reminded just how small she was.

He thought of his old man and how he’d put his hands on her, had broken her wrist and killed her future. Suddenly, Nick felt a white burn of righteous indignation re-ignite somewhere in his chest. He battled the desire to go to
Columbus, Georgia; to reacquaint himself with his father as a grown man and discuss the variable forces involved in breaking the wrist of a petite blonde woman.

Shaking his head to rid himself of the darkness, of the pain of his past, he crossed his arms and leaned his hip against the bar. She stepped off the stool and turned, jumping a little when she saw him.

“You move very quietly,” she said.

He raised an eyebrow. “One of the reasons I’m still alive.”

She nervously shifted her feet. “Hungry?” she asked.

He was hungry. A raw, burning hunger that spread through his whole body. What he craved, he couldn’t take. Time had done nothing to dim the want, and what had once been a boy’s crush was now a man’s longing. On the inside he
began a battle with himself that he hoped he would have the stamina to continue fighting. On the outside, he stayed leaning against the bar with his arms crossed, giving the appearance of total ease.

“Starving,” he said smoothly.“Good,” Aria said, moving to the stove. She opened the oven door. “How do
you like your steak?”

an aria for nickRomanceromance awareness month