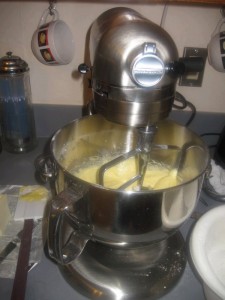 I’ve had this post on my “to write” list for a while now. I’ve just been so busy that I haven’t had a chance to write it.  Two years ago, the motor burned out in my Kitchenaid mixer.  Now, my mixer is an EXPENSIVE one.  It’s this one.  Getting it in the nickel instead of another color added nearly $100 to the price, and I think we paid almost $600 for it (though I notice today, in finding the link, that Kitchenaid has it on sale.)

SO, when the motor burned out, we had it repaired at Kitchenaid’s factory. It took several weeks and a couple hundred dollars, but it came back completely refurbished and feeling brand new. 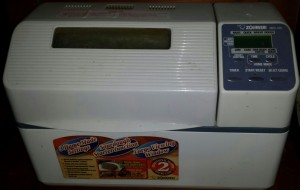 While it was gone, I pulled out a bread machine I’d bought to use in a giveaway. It’s a really nice one, but I had never used a bread machine before – I used a mixer.  However, I’m not good a kneading bread by hand so I gave in and used the “dough” setting on the bread machine.

Goodness, it’s so much easier. I use this one.

I put all of the ingredients of my bread into the machine at one time, liquids and yeast in first, flour on top — then hit “go”.  About 2 hours later, I have risen dough ready to be formed by me.

So, this week I was making French Bread for church – I needed four large loaves and didn’t want to use the bread machine because I would have had to do it four different times – instead I was able to make the dough for two loaves at a time in my mixer. 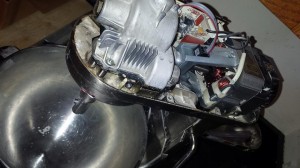 Only, part-way through kneading the second batch, my motor burned out again.

So, now I either need to replace it or repair it again.  In the meantime, I’m sitting here without a mixer – a lifeline in my kitchen.