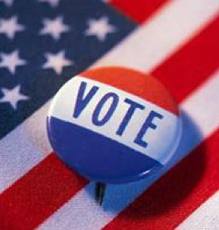 There was a time when I was a political monster.  I supported candidates, volunteered, went to rallies and fundraisers, and made politics, basically, my religion.

In the five years since I’ve lived in Kentucky, though, politics has become something very distasteful to me.  As I removed myself from it, I was able to look at it from the outside, and nothing about it was righteous, or good, or noble, and I became annoyed with myself for how much time, energy, money, and effort, I’d put into the business of politics.  When I worked in politics, I was extremely right-wing and would get SO passionately indignant about hate talk and articles and anger and just plain over-zealous partisanship of the left.  Post 2008 election had everything the same, but the sides were switched.  It infuriated me that people who complained about how Bush was treated by the talking heads were doing the exact same partisan hate-speech about Obama.  That was the final nail in my political coffin.  The Kool-Aid didn’t go down as easy anymore.

I have also discovered that the closer I got to God, the less either political party’s platform appealed to me.  And the more I realized that “the church” – as in the body of God as a whole – has completely abdicated all responsibility for the directions from Christ to the government.  I’m more interested in the church taking back those ordained responsibilities than I am in supporting a government of human agendas driven by greed.

I did, last year, write a series of articles called Hallee on the Issues. I thought about doing that again this year, but, honestly, my opinion about the issues hasn’t changed and there aren’t “new” issues about which to discuss, so I just left it alone.

I’m also not a fan of either Presidential candidate and don’t think either one of them are good for the country, so I’m pretty much apathetic about election day and the results.  Which is sad, because politics was, at one time, a huge passion of mine.  Now I’m just ready for it all to be over with. 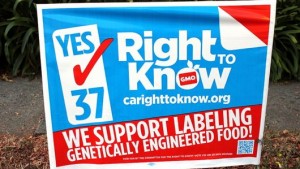 I AM, however, extremely interested in California’s Proposition 37 – which is for the labeling of GMO’s in food.  If you’re in California or have any influence at all with California voters, please please lobby for a “yes” on Proposition 37.  The media war against it was funded by such companies as Monsanto, Dow, ConAgra, Nestle, BASF, Coca-Cola, Pepsi, General Foods, Kellogg, and the like, and was backed by millions of dollars, swaying public opinion on the issue (check out the chart of the companies who are against GMO labeling). In a time when unemployment is at record highs, these companies have donated over $40 million against this labeling instead of creating jobs or simply helping the poor and disadvantaged in California.  Our prayer is that if it passes, it will sweep the country and GMO’s will need to be labeled everywhere — like in every other civilized country on the planet.  Our fear is that it will fail, and the labeling of GMO’s will not happen anywhere in the country.

It’s kind of strange that the only political happening that I find I even care about is happening 2000 miles away from me.