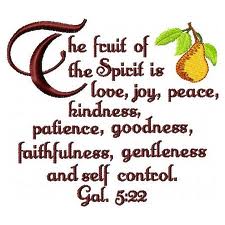 Our church, like churches for a couple millenia, has gone through a split.  Someone got angry about something – felt offended by something, people started talking, stirring up strife, and before you knew it, 60 families left the church.  It happens.  We’re human.  We get offended — and we offend.  It’s just one of those quirky things about a societal way of life.

That isn’t what made me angry.  That makes me sad.  Some close friends were within the 60 families, and I’ll miss being a regular, more often than weekly, part of their lives.  I’m not overly good about reaching out and staying in touch, so I know I’ll miss regular interaction with them.

I thought I was over it.  I thought I’d wiped the sand out of my eyes, reconciled everything, and forgiven.  But, a fundraiser started this week at church.  When I saw the table I thought, “We wouldn’t need a fundraiser if they hadn’t kicked dirt in our face and taken our shovels away from us.”

And, a month after it all happened, I got mad all over again.

I find myself waffling with the desire to lash out versus forgiving and moving on.  Someone told me Sunday night, when I admitted my anger, that the Bible says to forgive.  I understand.  But, when Paul saw things being done wrong, he acted by writing letters.

I’m pretty good at letter writing.  I’ve written a dozen letters in my head.  Strongly worded letters that would not leave a single person doubting my righteous indignation.  But then I pull back.  What does anyone who took part in the malevolent acts, in the kicking of the sand and the crippling they left in their wake, care about my righteous indignation?  The answer is, of course, that they do not care.

So instead of acting, I’ve waffled back to forgiving and moving on.  Except, I’m still angry.  And, until I can let that go, I’m kind of stuck.