I’m so excited to announce the release date for Sapphire Ice:

This date also happens to be the date that we find out the finalists for Romance Writers of America’s Golden Heart Contest.  I entered Emerald Fire in the Golden Heart.  I realize that in competing with a few thousand other writers, the odds of finalling are probably astronomical; nevertheless, I am praying that I get “the” call on the 26th.

Debi is finishing up the final cover design.  Here is what it looks like: 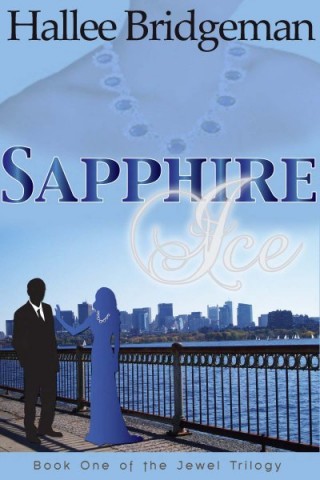 I’m going through the manuscript with a fine-toothed comb and Gregg is learning everything he can learn about e-publishing and self-publishing.  It’s all coming together!

So, mark your calendars.  We’re going to discount the first 1,000 copies.

Here is the blurb for Sapphire Ice:

To Robin Bartlett, men were nothing more than violent users.  After a hair-raising childhood, Robin and her two younger half sisters battled simply to survive. Determined to give her sisters a very different life from that of their mother; to never have to rely on a man for anything, she worked two jobs and put them both through college, while accepting help from no one.  Her heart had turned to ice and she had no use for men or God.

Antonio “Tony” Viscolli had grown up on the streets, homeless. At seventeen, he entered a downtown church with the intent of casing it, but found himself on his knees at the altar.  After being fostered by the youth minister, Tony followed God’s leading and eventually became a very successful and powerful businessman.  In a fallen world, he was a gem.

When Tony bought the restaurant where Robin bartended, she immediately resented his intrusion into her well ordered, but exhausting, life.  She suspected his offering her special attention and constant kindness was merely his way of expecting something from her in return, something she wasn’t willing to give.