5 Conversations: Bad Is the New Good 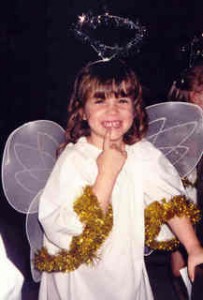 When my daughter Kaylee was 4, she was an angel in the church Christmas play.  I was in charge of the older kids – the shepherds and wise men.  Convening at the church the day of the big show, we had all of the children in costume and seated in specific front rows depending on age level.  I was way over to the right with my shepherds and wise men, and Kaylee comes across the church bouncing up to me in her little golden halo.  “I want to sit with you,” she said.

I said, “You need to go sit with your group.”

“But I want to sit with you,” she whined.

I said, “You can go sit with your group, or punishment xyz.”  (It’s hard to remember – punishment for Kaylee would typically be as simple as taking a book away from her.)

Her face fell and her lower lip protruded, slightly quivering.  Her shoulders slumped.  She pivoted very slowly with a heavy sigh and dejectedly crossed back to her seat on the other side of the church.  Careful of her wings, she slowly deflated into the pew next to her friends.

The director over the entire group put a hand to her chest and said, “How can you stand it?  Doesn’t it just break your heart?”

To which I replied, “It might, if she hadn’t practiced that for two hours today.  She used a hand mirror and once she got the face right, she used a mirror in her room and watched herself walk away with several angles.  She’s been waiting for an opportunity to do it all night and knew she couldn’t sit with me.”

In continuing our discussion of Vicki Courtney’s 5 Conversations You Must Have with Your Daughter, we reach  Chapter 17, “Bad Is the New Good.”

Kaylee is beautiful, and she’s talented.  Her piano teacher called her a prodigy at the age of 6.  She can walk onto the stage and steal it.  An inner light shines from her and catches your attention.

She dreams of being a star.  She pours through teeny bopper magazines and stares at the rising young stars of today — Selena Gomez, Demi Lovato, Taylor Swift.  She wants to BE them.

It’s a continuing struggle to keep her grounded, but not discourage her talent.

Having then gifts differing according to the grace that is given to us, let us use them: if prophecy, let us prophesy in proportion to our faith; or ministry, let us use it in our ministering; he who teaches, in teaching; he who exhorts, in exhortation; he who gives, with liberality; he who leads, with diligence; he who shows mercy, with cheerfulness.  Romans 12:6-8 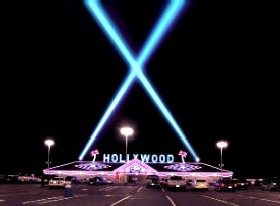 I believe that God has gifted each of us, but I also believe that we are to use those gifts to further God’s kingdom.  What I tell Kaylee is that as long as what she does is to glorify God, then do it.  If it means going to Hollywood and becoming an actress, make sure that the acting glorifies God and NEVER compromise that.  I also tell her that if it’s her desire to act so that she could seek fame and fortune, then she needs to set that aside and focus on obtaining some other sort of degree in college – because her own vanity and desire for riches won’t be blessed by God.

It’s hard in today’s world to relax my grip and encourage obvious gifts, knowing that the world in which she’ll want to take them may chew her up and spit her out.  But all we can do as her parents is arm her.  Reinforce the Bible to her.  Ephesians 2:10 tells us that, “We are His workmanship, created in Christ Jesus for good works, which God prepared beforehand that we should walk in them.”  If God is preparing her to take Hollywood by storm, then it’s not our place as parents to stop her.

She watches the stars fall.  She is disgusted with Miley Sirus.  She thinks the Olson Twins need to be locked away and dosed with therapy.  She receives no delight in hearing about Lindsay Lohan’s legal troubles.  As soon as she sees a star start to misbehave or act out, she loses respect for that star.   In Kaylee’s mind, the pedestals stars occupy are precarious perches, and it doesn’t take much to get knocked off of them.

So far, she doesn’t think that they’re acting “cool” when they’re misbehaving and acting out so bad.  She doesn’t think they’re role models, and she actually speaks out against them with her friends.  I just continue to reinforce that she’s on the right path mentally when she disapproves of such bad behavior, and we talk about what could have led girls who once had such potential into such destruction. 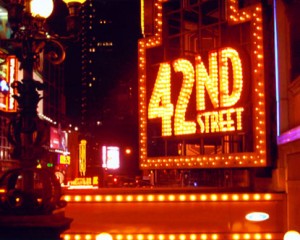 A part of me wants to whisk her away from the “world” and shield her – keep her from even considering conquering the big bad world out there.  I think that would do her an injustice, though.  As her parents, all we can do is just keep teaching her and training her, using the Bible as the foundation for everything.  She has such a strong personality, which is why we’ve never felt like she needed to be homeschooled.  Her school is her mission field, and she impacts it in a positive way on a daily basis.  We’ve watched her do it over the years, and Gregg and I often say that God is preparing her for bigger and better things.

Maybe that’s Hollywood or Broadway.  Maybe it’s not.  But as long as she sees the behavior in these “stars” as bad, and as long as she stays grounded in her faith and knows the difference from right and wrong, then wherever she goes and whatever she does – whatever God has in store for her, she’ll be fine.  We just have to trust Romans 8:28 that “all things work together for good to those who love God, to those who are the called according to His purpose.”

All things can very easily be Hollywood or Broadway.