The Culture’s Message: Sex is Great! Why Wait?

Shopping at the mall Thanksgiving weekend, I saw a sight that broke my heart. A little girl of approximately six or seven years old in pigtails and Mary Janes was sitting on the ledge of a store’s window front. She was all innocence and bubblegum bubbles, and was laughing at a baby in a stroller. In the window above her head was a Victoria’s Secret model, looking up with a seductive look at the camera above her, that looked down the exposed cleavage of the barely covered up breasts, her torso bare down to a very skimpy pair of panties.

It made me so sad that I wanted to grab the little girl and whisk her away from the terrible scene.

In continuing my discussion of Vicki Courtney’s 5 Conversations You Must Have with Your Daughter, we enter into Chapter 8, “The Culture’s Message: Sex is Great! Why Wait?” 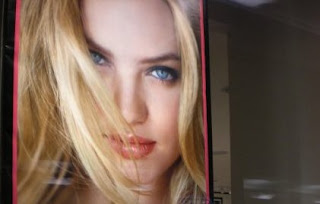 Two years ago, my husband, Gregg, and I decided to rid our home of anything that condoned premarital sex or showed gratuitous sexuality. You might think, “How hard can that be?” Let me tell you: unless you do something like that, you have no idea how invasive sex is in our culture. We had to get rid of about ninety percent of the movies in our collection – and we had a really large collection. We had to get rid of most of our books (I write romances and had a huge collection of contemporary romance novels – I have since switched to inspirational romance novels). We got rid of cable television and cleaned out the shows that filled our three TiVo’s. And we canceled all of our magazine subscriptions, including the publications like “Men’s Health” because of the advertising.

We had to go to such extremes JUST to remove premarital sex from our lives.

There is something wrong with a culture that accepts ads like those that are three times life-sized posters that line the windows in stores like Victoria’s Secret.

Just pulling a recent PG-13 movie release out of the air, here is the rating notification for “Life As We Know It,” a movie my daughter asked if she could see:

Here is the detailed list of “sexual material” from the PluggedInOnline review of this movie (and if you’ve never used Plugged In as a resource, I highly encourage it.)

Messer is a womanizer for most of the film—a hunk a hunk o’ burnin’ love who causes almost every women (and at least one man) to swoon in his presence. A married neighbor, for example, struts out in her nightie to ogle Messer’s pre-run stretch. (She hastily adjusts her breasts before he can see her.)

Messer takes full advantage, bedding at least three women. We see him kiss and make out with one of them before she takes his shirt off in the hallway. Later, he bemoans losing his sex-filled life to become a dad. “I had it all, and it was awesome!” he tells Holly. To adjust to his new reality, he says he’s picking up new conquests at the supermarket—with Sophie’s help. Women stare at men with babies, he says, like “a guy’ll stare at a woman with a great rack.”

On Messer’s infamous date with Holly, he tells her that the best he can hope for is that they’ll “get drunk and hook up,” shortly before making what Holly refers to as a “booty call” to another woman. We see him hold a woman’s rear, apparently pinch another’s and cavort in his underwear. Holly shows up in the bathtub quite a bit. (We see her legs and shoulders.) She wears only a towel at one point. She and other women often wear low-cut blouses and dresses.

References are made to male body parts and condoms. Rude comments are made about having sex and not having sex. Strippers and “tranny hookers” make their way into conversations. A joke is cracked about what would happen if a tweenage babysitter were old enough to have sex with the baby’s father. Gary, one half of a homosexual couple, tells a neighbor that he and his partner “used to have sex all the time.” And they’re later shown holding hands. Holly is propositioned over the phone by another woman.

When Messer leaves Holly and Sophie for a bit, it appears as though Holly invites another man to live with her.

If you don’t teach your children that premarital sex is wrong, unhealthy, damaging to their minds (more on that in upcoming chapters), and sinful, I’m afraid that no one else will. Every single message they’re going to receive from the world is going to tell them the opposite. Almost every one of their friends will lose their virginity in high school. It will be a topic of conversation from middle school forward, and if you don’t battle it now, you will lose the battle in the future.

If you aren’t reading this book with us, I would very much encourage you to do so. If you have sons, a phenomenal, eye-opening resource is Every Man’s Battle by Stephen Arterburn and Fred Stoeker. My husband and I have both commented that it should be required reading for every parent of a boy.

Our 13-year-old daughter knows to check with us before she watches a show or a movie, and she’ll know the reasons why she can’t watch some things or read other things. As best as we can explain it to her, we are teaching her about the value of her virginity and about how amazing it will be to wait for marriage.

It isn’t a subject we avoid, because no one else is avoiding it. It is an area where we are fighting for her and doing our best to protect her.