We exist in a culture that seems to set out to make our children into adults earlier and earlier in their life. They are bombarded with messages and images that cry out to them to leave childhood behind and make adult decisions, to dress like adults, to act like adults.

In continuing my discussion of Vicki Courtney’s 5 Conversations You Must Have with Your Daughter, we enter into Chapter 5, “Girlhood Interrupted.”

According to experts, prior to adolescence, a child’s primary influencer is his or her parents (or guardians.) There is no cognitive thinking of consequences. That part of the brain isn’t developed yet. There is simply, “Mommy said no,” or, “Daddy said stop.” Children are influenced by what we as parents require, demand, control, encourage, motivate, discipline, etc. 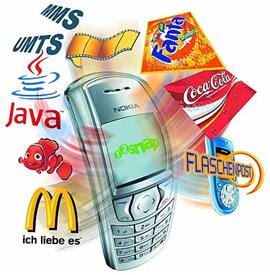 Once a child reaches adolescence, though, the parents are no longer the primary influence. Number one becomes peers, and number two becomes the media (and in saying the media, that means movies, television, music, internet, etc.) There is no “this is right and that is wrong.” There is simply, “if I do this will my peers think it’s cool,” or, “if I don’t do that, will my peers mock me,” or, “this ad said this was SO cool.”

The last thing to develop physiologically in a child/teen/young adult is the frontal lobe. That part of the brain is the cognitive thinking part and determines that a+b=c. A being action, b being reaction, c being consequence. Until that development, there is no a+b=c. There is simply experience (don’t touch the hot stove) and influence (peers and media).

My father spent 29 years in the Army training and leading young men, and 9 years at a boys’ military boarding school. During those many years as a leader, motivator, and influencer, he said that when that frontal lobe developed, it was like a light-bulb suddenly came on. One day a boy might be doing this because his peers suggest that’s the “cool” thing to do, and the next day the boy realizes that doing such a thing is in the way of his goals (like getting into college) and stops doing such things.

There is no magic age. It begins in adolescence and ends in young adulthood – and the individual determines that timing.

The problem with the adolescents of today is that there is such a saturation of media and peer influence and a removal of parents. Every television show deemed “cool” and “popular” by adolescent watchers have very little adult interaction, or the adults are fools. Children today have their own money and are marketed to on an intense level. Children have their own cell phones and call or text each other constantly without adult supervision or interaction. Children have their own computers and internet access. Some they carry around in their pockets, some are on the desks in their rooms. However they access the internet, there is a bombardment of advertising and marketing directly aimed at them, enticing them. They have entire television stations designed to entertain them 24 hours a day, and with that entertainment comes messages and marketing.

Basically, children have cocoons of their own nearly parent-less world, with this marketing and media frenzy that is feeding their influences. And these influences are prompting them to make adult decisions and lead adult lives.

Studies show that kids who are exposed to sexually explicit song lyrics, as well as television shows such as those on MTV, are more likely to have early sex. Pay attention to song lyrics, movie ratings, television shows, Internet activity, and other media influences that have adult themes and draw appropriate boundaries.

When we “cleaned house” we were shocked at how many television shows that we watched on a regular basis featured premarital sex in them, as well as gratuitous sexual situations, images, etc. My daughter, Kaylee, asked me the other day if we still could watch “The Mentalist”. We loved that show, but two characters not only had premarital sex, they were shown in bed together, which made us remove it from our list as well. 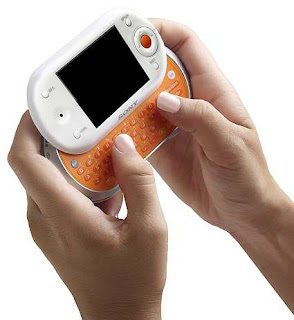 Last year, when she was 12-years-old, my daughter’s best friend came “out of the closet.” It has been agonizing and fascinating to watch it. A few weeks ago, Kaylee’s class went on a 4-day trip. At the drop-off point, as kids were pulling suitcases and bags out of cars, a group of girls walked past Kaylee’s friend. One of them said, in reference to her suitcase, “Pink and black polkadots? What are you? A girlie man?”

I cannot believe that a group of 13-year-old girls know about homosexuality, much less joke about it. To me, that was nothing more than evidence of just how far gone our children’s childhood has been taken.

Sunday evening at church, playing on the playground with the kids, I listened to Kaylee have a conversation with some friends from youth. Part of the conversation went like this, “So, he was sexting this other girl, and she found out.”

Until that moment, I didn’t even know that Kaylee knew what the term “sexting” meant. It occurred to me that the 8-10 hours a day that she is away from home, I have zero control about what she hears and is exposed to. But, I can constantly and consistently check up on her, listen in, ask questions, make conversation, force her to include me in her life so that I can retain some control.

It is up to us as parents to stand up and demand that our children remain children. We can’t hand a 9-year-old a phone with internet access and expect them to make good decisions with it. We can’t let a group of girls convince our daughters that”everyone does it, so it’s okay.” It’s our job. It’s our responsibility. And whether our children know it or not, they’re counting on us to stand up for them in the face of this fallen world.