I quit my job when I was pregnant with Scott.  Well, I still worked up until the week he got home from the NICU, but only because I had Scott so early that I wasn’t finished training my replacements.  By that time, I had worked in the professional world for 16 years. 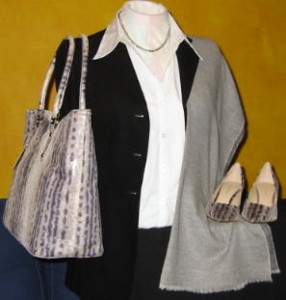 Even when I’ve attended more casual churches, I’ve always dressed up for church, in dresses with the heels and wearing jewelry.  For 16 years, Sunday through Thursday every week, I dressed up.  I wore skirt suits, pants suits, hose, heels, jewelry…I had a purse or two for every outfit…I loved it and I loved my wardrobe.

Fridays, I almost always dressed down in jeans and a collared shirt with the company logo.  It always felt so odd to walk into my office in tennis shoes.  Saturdays I dressed all the way down – sweatpants, t-shirts, shorts.  I rarely wore shoes.

When I quit my job, I had to buy a whole casual wardrobe.  I didn’t have anything.  I owned one pair of jeans, a couple pair of sweatpants, and some shorts that were older than my oldest child.  Not long after, I got pregnant with Jeb, so my wardrobe again had to be replaced with casual maternity clothes (because all of my other maternity clothes were business suits and such.)

I wasn’t a big fan of dressing down so much every day.  I felt a little bit sloppy with it.  Then, when Jeb was a week old, I fell down the stairs and broke my tailbone.  After that, pants – and jeans especially – were very painful to wear.  The seam pushed against my tailbone in such a way that I would want to cry in pain.

This point in my life had me at about the lowest I had ever been.  Gregg was gone – he was at an Army school a few hundred miles away, and was there for 6 months.  I was battling residual high blood pressure that Jeb’s pregnancy caused.  I’d gained a lot of weight.  I had a 2-year-old that didn’t sleep through the night and an infant who nursed every 2 hours, so I was beyond exhausted.  To top it off, I was in constant agonizing pain from which there was simply no relief.  (Jeb is 20 months old now, and I’ve been sitting in this position too long typing this out, and I’m starting to hurt – 20 months!)  I started wearing sweat pants and maternity shorts because they felt better than jeans.  So at that point, I not only felt sloppy, I felt fat, ugly, frumpy, and limp.

Gregg and I were in the midst of healing our marriage from a terrible time.  One of the things we did was an exercise called “20 things.”  We occasionally did this back and forth (and still do).  I just sent him a random 20 Things email – and it was just 20 positive things that came to my mind when I thought about my husband.  He replied one time, and one of the things he said was how much he appreciated it when I made an effort with my appearance.

He’d said this to me for years – in fact, in an email I received from him a week after I met him, he extolled how much he loved the fact that I put an effort into looking nice.  But this time, reading it, I took it as an accusation – as in, “I would appreciate it if you would put an effort into your appearance, but you don’t because you’re fat, ugly, frumpy, and limp.”  Of course, if you know my husband, the absurdity of him even thinking that about me, much less saying that to me is beyond anything you could comprehend. 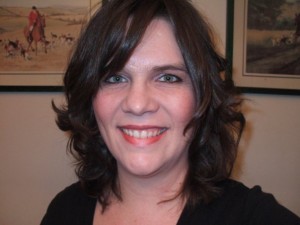 So, after spending the next week or so feeling sorry for myself for being fat, ugly, frumpy, and limp, I picked myself up and brushed myself off and went to Gregg’s Aunt’s beauty academy and had them cut off my limp hair.  (And it was limp – from carrying a child for 36 weeks then breastfeeding him for the next 9 months, but limp nonetheless.)  Then I went to Gregg and said that I wanted a new wardrobe.

He was relieved.  RELIEVED.  Finally, I wanted to spend money on myself, something I have a really hard time doing now that I don’t personally bring an income into the house (which is a ridiculous thought, and a post for another day – smile).  So, I researched clothes and looks and casual and dressy and found a style that I wanted.

Jeans and nice tops wouldn’t work for me – I can’t wear them all day because of the tailbone thing.  So I settled on skirts and dresses.  Long, ankle-length skirts, fun tops, shoes and shoes to match.  (I’d love to go into the purses, too, but since I don’t go out so much anymore, I try to restrain myself from the purse aisle as much anymore – haha!)  I bought long denim skirts, long khaki skirts, long cotton skirts, summer dresses — and had a blast doing it.  And Gregg shopped – online so that boxes and boxes of clothes arrived for weeks after.

I got up every morning, dressed in some new pretty top and a matching skirt, put on some adorable sandals and matching jewelry, and fixed my hair and makeup.  And suddenly I felt pretty again.

It was amazing how much more motivated I became once I felt good about myself.  I got my environment back under control.  My schedule seemed to flow smoother.  I looked forward to waking up every morning and facing the day.

As winter approached, we went at it again – this time with wool skirts and sweaters.  The other day, as I was pumping gas in 30 mph wind and 15 degree weather, the wind whipped my skirt around my legs.  I had on thick tights and warm shoes and I thought, “I’m warmer with this wool skirt than I would be in jeans.”

My grandmother knows my love of the 40’s and 50’s – especially with things pertaining to running households.  She gave me a book that was given to her by the clerk’s office in the courthouse where she and my grandfather were married in 1946.  It was a wife’s handbook, and within the instructions and recommendations, it said that the wife should get up early enough to be able to make an effort with her appearance – to fix her hair and put on a pretty dress for her husband.

I know my husband appreciates that.  But I say get up and put on a pretty dress (or something other than sweatpants) and fix your hair for YOU.  You’ll be surprised at how much more energy you have, how much more motivation you feel, when you are “put together”.  I know it surprised me.