Late last week, I was contacted by the TLC network.  They were casting for a show and were interested in talking to us about our Levitical Diet.

Gregg and I talked about it and agreed to consider their offer.  Monday morning, we had a conference call with a producer from the network.  After talking to the producer and reviewing the video that they sent us, we have decided that we will not be pursuing it any further.

While we moderately liked the idea of being able to discuss our diet to such a broad audience and explain the health reasons for it, quite frankly, we don’t trust the show.

Since we don’t watch television and aren’t plugged into any kind of network commercials, we had to research to even see what kind of show was contacting us. 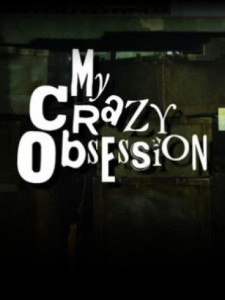 The show is being cast through “My Crazy Obsession”, but according to the producer, next season they will be focused on diets rather than collections.  I don’t know if the show will still be called “My Crazy Obsession” or something else, but the fact is that the focus of the current show is to highlight weird, strange, and CRAZY people.  People who do things like collect sex dolls (no kidding) or are 300-pound men who pretend to be babies to the extent of wearing a diaper and being changed by his roommate (again,  no kidding).

We find it odd that our decision to avoid eating meats labeled “unclean” by the best selling book in the world and to prepare food much like our great-grandmothers prepared it on a daily basis (scratch from whole foods) would qualify in a “crazy obsessed” show.  As such, we don’t trust the angle in which it would be presented.

The producer insisted that they would not denigrate us and that the tone of the show would be what we want it to be.  But, a show that is sold with such sensationalism would be hard pressed to make a Levitical diet interesting without some sensational angle.

So, despite the offer for our very own 15 minutes of fame, we have politely declined.  That decision feels really good.