Before you read any further, understand that I am a patriot, and I love my country.  I am an Army brat whose father served until retirement, attaining the highest enlisted rank he could attain in the military.  My father-in-law is a retired Army officer who, after retirement, continued to work as a civilian on Ft. Bragg until the disease caused by his service in Vietnam overtook his body.  My sister-in-law is already the rank her father was at retirement and currently serves our country with pride.  My husband is a veteran of two wars, is still in the National Guard, and serves our country in Afghanistan.

I LOVE the United States of America.

All that said, it occurred to me this morning that October 1st is tomorrow.  That makes election day less than 5 weeks away. 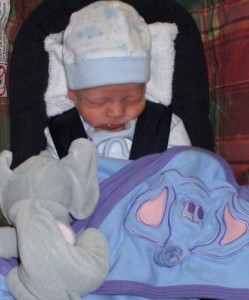 But in the last two or so years, I’ve really been turned off by the whole political scene.  Last year, I contacted the local party to find out when the meetings were to be held, but I just didn’t have any desire or drive to go to them.

The fact of the matter is, there isn’t a thing about politics that appeals to me anymore.  I don’t think any party is any different than the other, and I don’t know that, at least on a national level, any politician could be found who is a righteous man by the time that Washington D.C. gets done with him.

I don’t have cable.  I don’t have the box that allows you to pick up television signals.  I don’t get the newspaper.  Unless it’s on K-Love or someone is talking about it on Facebook, I don’t get any news at all.

I’ve been thinking that maybe I should at least start reading my local newspaper online and get a feel of the people running for office and who and what they are, but when I sat down to my computer today to start digging, it occurred to me that I just.don’t.care.

Wow.  I cannot tell you how passionate I used to be about politics.  I had my list of talk shows I listened to every day and would stream on the internet if I missed them.  I have a shelf full of books, signed by the authors, in my living room.  On top of my desk is a talking Ann Coulter doll.  I was on the lawn of the courthouse in Tallahassee, Florida, in 2000 with my “Sore Looserman” tee shirt.   It used to abhor me that people could name top rookie pics from 1976 but couldn’t name their state representatives.  But, as I type this, it occurs to me that I don’t even know the name of our governor.

In the last 60 or so years, politics has taken such an evil, downhill turn.  And on this downhill slope, it snowballed and snowballed until it’s this horrible, crusty, nasty cesspool of hate and maliciousness and cheating and lies.  Removing myself from politics by moving, then isolating myself away from it by turning off news sources, I can see it for what it is so much clearer now.  And I have absolutely NO desire to reacquaint myself with it.

So, election day just a few weeks away just really doesn’t mean much to me now.  Maybe that will change in the future.  Maybe the hate won’t be so voracious.  Maybe each party will get a real leader who isn’t just a mouthpiece for drivel.  Maybe, but not likely.