‘Round and Around we Go

A circular argument, or circulus in probando (Latin for “circle in proving”), also commonly called circular reasoning, is a formal logical fallacy in which the conclusion to be proved is assumed implicitly or explicitly in one or all of the premises.

Such an argument is fallacious, because it relies upon its own conclusion — C=”politicians are untrustworthy”– in order to support its central premise. Essentially, the argument assumes that its central point is already proven, and loops back to use this in support of itself.

Circular reasoning is related to, yet separate and distinct from, the informal logical fallacy known as begging the question (petitio principii, “assuming the initial point”). A circular argument is fallacious due to a flawed logical structure and not because of an unstated and assumed to be already proven hidden co-premise as is the case with begging the question.

Possibly the greatest hoax of the modern age is that of “Junk DNA” which follows the vestigial structure philosophy. This fraud died within a decade of it’s unnatural birth — crib death as far as theories go — yet it continues to be taught and pointed to as evidence of Darwinian evolution.

The term Junk DNA was introduced in 1972 by Susumu Ohno Ph.D, to describe the portions of a genome sequence for which no discernible function could be identified. According to a 1980 review in Nature by Leslie Orgel and Francis Crick, junk DNA has “little specificity and conveys little or no selective advantage to the organism”.

In short, the claim is that between 97% and 99 % percent of human DNA (depending upon which evolutionary biologist you asked) is “junk” DNA, that is that it is noncoding DNA and does not code for any proteins. Until the late 1990s, it was thought to serve no purpose whatsoever. Darwinists claim that it was just, therefore, leftover vestigial garbage collected along the evolutionary road traveled throughout the ages. Just junk, refuse, garbage, waste, that might have once served a purpose but is now just leftover “vestigial” evolutionary errata.

Naturally, this notion is being proved more and more wrong every minute. The truth utterly devastates this claim and makes a very strong argument toward the fact that all living things were designed.

From 1972 until about 1999, more than 98% percent of all DNA, was called “Junk DNA” by molecular biologists who were unable to ascribe any function to it. Again, an argument from incredulity or an argument from ignorance, depending on the context.

By the early 1990’s, it was observed that some of the “junk” DNA apparently served as a control factor in the genome. I don’t want to get too specific because it will likely bore you to tears, but allegorically speaking, certain parts of the “junk” appeared to serve as punctuation in the language of DNA, just as an apostrophe, quotation marks, commas, and a period are serving to punctuate this very sentence you are reading. For more information on this, I invite you to perform some research on eukaryotic genomes and how they consist of large amounts of transposable and interspersed repetitive elements (TIREs).

Further research revealed that there were highly specific instructions in the “junk” that acted as controls. In short, the controls might tell a chromosome: read this instruction set forward, now go to this particular gene for your next instructions, read this one backward, read only part of this one. In summary, a vastly, vastly complicated array of highly specific information for the creation of proteins or for things like cell division, creation of nuclei, or interaction with the histone layer.

Don’t worry. I will revert to English.

For example, it was assumed that retroviral sequences in human DNA represented leftover genes from infection of retroviruses. Instead, it turns out that these sequences actually block the infection of human cells with certain viruses that contains RNA as their genetic payload. The RNA of these viruses are translated into DNA, which inserts itself into an infected cell’s own DNA.

In a remarkable pilot study published by the ENCODE Project Consortium, hundreds of scientists analyzed the functionality of just 1% percent of the human genome. Much to their surprise, the study found that the majority of noncoding DNA in the human genome is transcribed into functional RNA. Even more surprising was the finding that these transcripts extensively overlap one another, including regions on the opposite “anti-sense” strand of DNA, suggesting that there exists some highly specific and very complicated interactions among neighboring regions of DNA.

Bad Mutation!  No Evolution for You!

Researchers now suspect that differences in many traits – not just in disease risk – may be due to changes in noncoding DNA, rather than mutations within genes. It is well known among microbiologists that mutations which change the shape and function of a protein are likely to have catastrophic effects. In fact, much more catastrophic than simple variations in noncoding DNA, which may have more subtle effects and so be more likely to be passed on to future generations.

It is significant to understand that neither ever add any new information. Just as shuffling a deck of 52 cards will only ever result in 52 cards, you don’t add new genes by shuffling the genes through any means. Mutation will often delete genes, just as you may accidentally drop a card or two onto the floor in a mad shuffle if you aren’t careful. Mutational changes to noncoding DNA can lead to differences such as single-letter changes peppered across the genome as well as structural changes to the entire genome, in which large chunks of DNA are deleted, duplicated or flipped. Rare deletions of this kind have previously been linked to autism, schizophrenia and obesity. Where is the evolutionary advantage in any of these conditions?

Darwinists use this data demonstrating the similarities in noncoding DNA between different species as evidence of a common ancestor. This is an example of circular reasoning in the extreme. 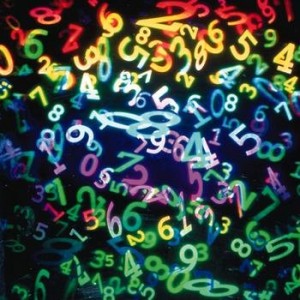 What they refuse to recognize or even acknowledge is this fact. The probability is less than one chance in 1022 of finding even ONE such sequence in 2.9 billion bases under even a very simple model of neutral Darwinian evolution with independent substitutions at each site. Now double that for every other species you compare and the odds quickly exceed anything resembling mathematical possibility.  Far from proving a common ancestor, the similarities on these scales much more evidence a common Designer.

Even more impressive is the fact that among numerous human individuals, there is almost no sequence variation in the noncoding DNA — only perhaps 6 out of over 100,000 bases. The highly unlikely existence of these identical sequences indicate that they must absolutely required for survival, since the natural mutation rate in humans would have been expected to produce at least 20 times more variation than what we observe.

So Darwinists simultaneously claim that the highly specified noncoding DNA is merely vestigial “junk” leftover DNA from evolution, and that because we share so much in common with other species that we all evolved from the same common ancestor — all in defiance of mathematical probability, their own feverishly defended evolutionary models, and simple common sense. And that, in a word, is a fraud of grand proportions when everyone knows better.

The truth is that randomness cannot explain the origin of life on this planet. Chaos cannot account for creation. Entropy cannot build.  The best materials in the world are useless without instructions and a maker.

The truth is that despite the tendency to explain things like genetic drift away as genes coming being under “evolutionary pressure” — the truth is that evolution is not sentient and cannot apply pressure. This goes back to Lamarkism and is nothing more than wishful thinking on the part of Darwinists.

The truth is that we were designed — created — by a Creator who is the most creative and intelligent Being in the known universe. And what’s more, He told us the story of how He did it, which account can be found in Genesis chapters 1 through 11.

Logical, valid, and scientifically sound.  I invite you to see for yourself.