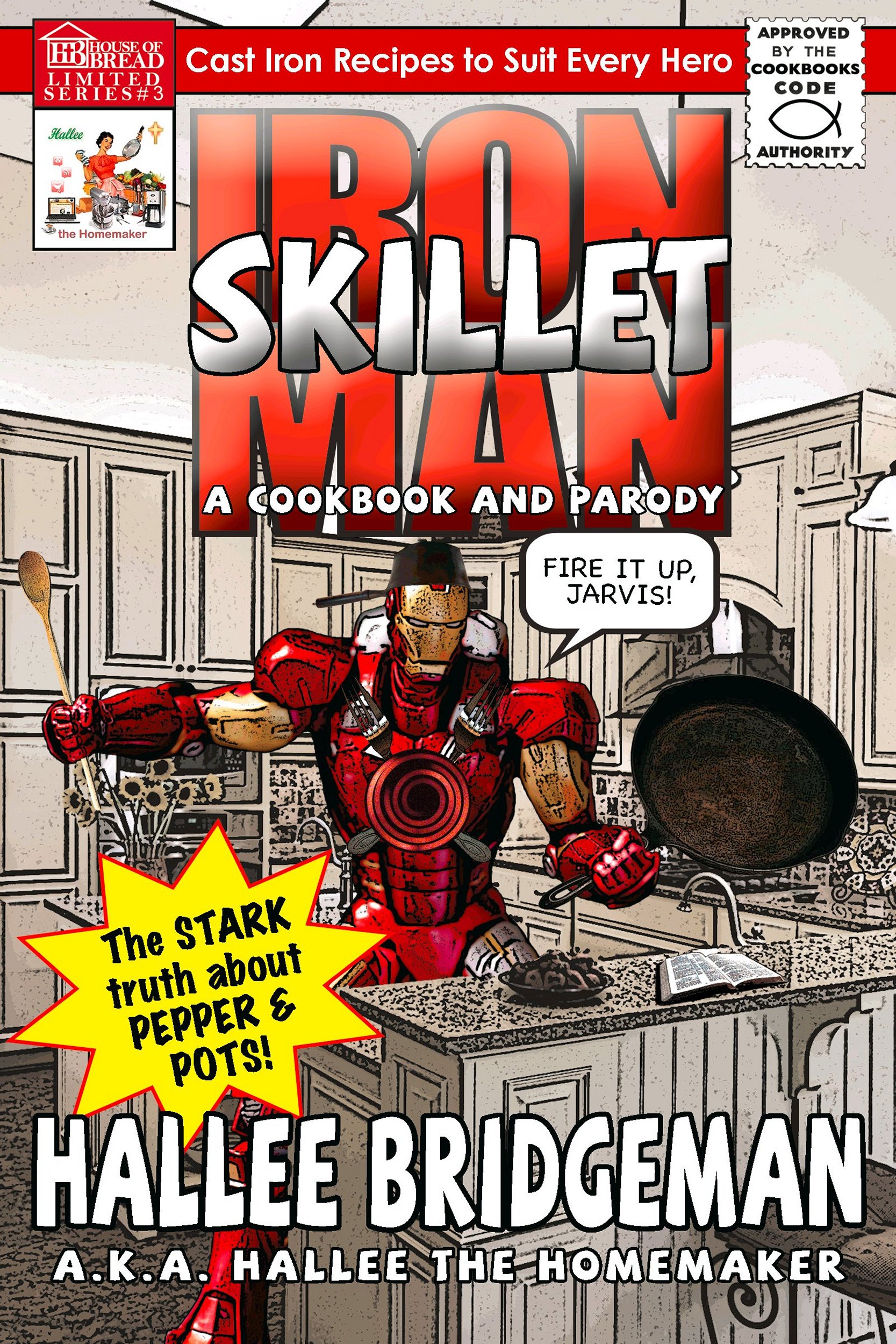 Iron Skillet Man; The Stark Truth About Pepper and Pots is NOW AVAILABLE!

Move over men of steel! Make room mutants, aliens, and chemically or radioactively enhanced rescuers! Prepare to assemble your spatulas and get your “Flame on!” while the heroic Hallee the Homemaker™ (whose secret identity is Christian author and blogger Hallee Bridgeman) swings into action and shows her mettle with her third title in the Hallee’s Galley parody cookbook series. 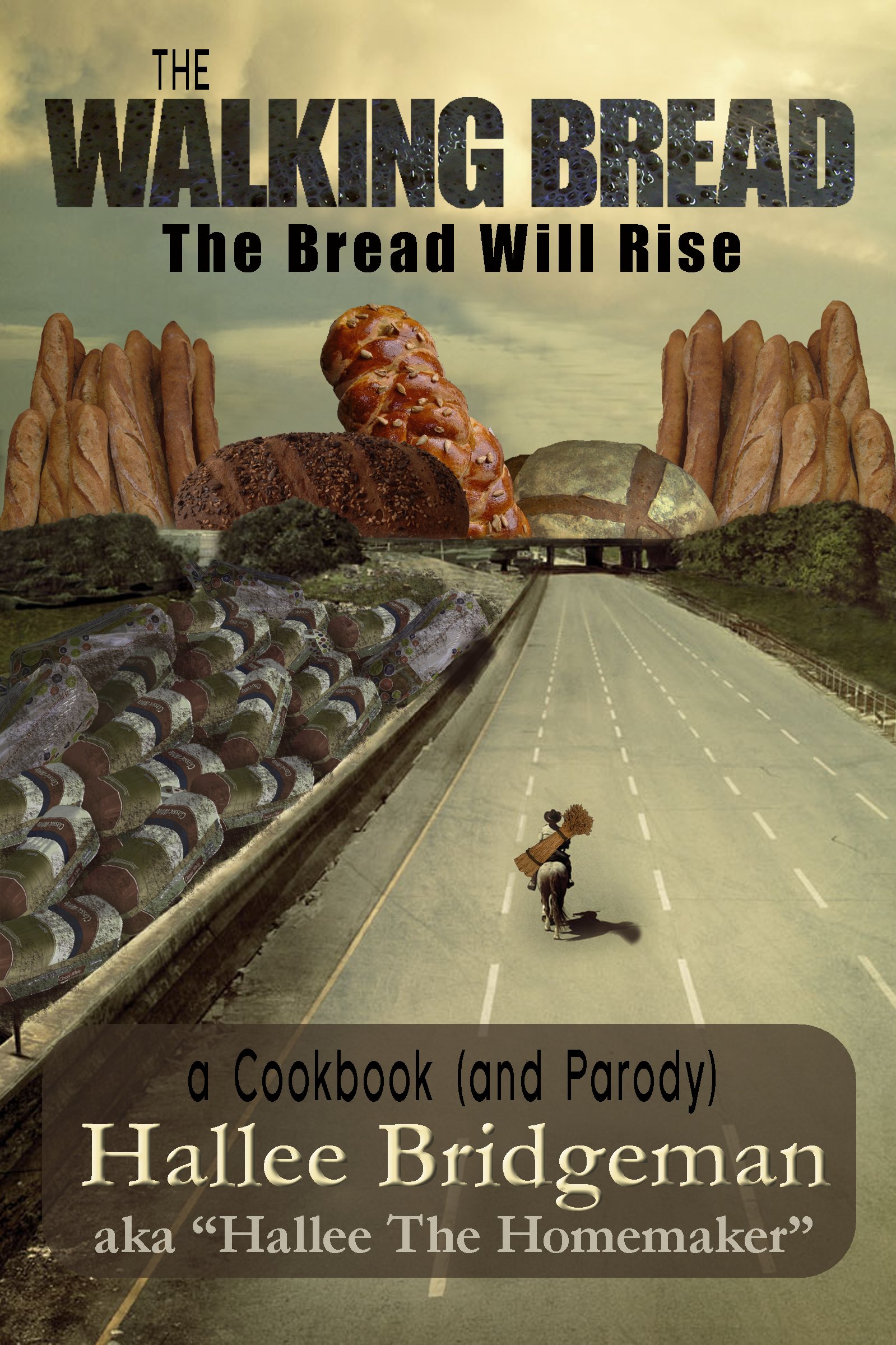 The Walking Bread; The Bread Will Rise! Is Now Available!

While confronting and redeeming a recent popular secular phenomenon, Hallee Bridgeman, A.K.A. “Hallee the Homemaker” finds every grain of truth in her second whole food, real food cookbook with in-depth analysis and amazing recipes of yeast breads, quick breads, sourdoughs, and breads using grains other than wheat. The Walking Bread is a cookbook wrapped in a parody surrounded by a comedy with a tongue firmly inserted into a cheek — but the recipes are “dead serious” and may leave readers searching for all the tasty bread crumbs.