When we were in Florida on Spring Break a couple of weeks ago, I was watching television. This is not something I do at home. We don’t have cable or one of those boxes that replaced antenas. I have an HD TiVo that can pick up PBS and CBS, which helps since the boy watch some PBS, but other than that I watch DVD’s. Consequently, it had been quite some time since I’d seen a commercial. So I was watching television and this commercial came on — something about, “Need inspiration for dinner?” That got my attention so I looked at the screen and watched a commercial for this: 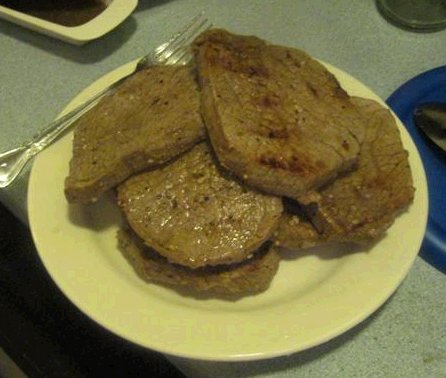 Scrumptious Steak with Mushrooms & Onion on the George Forman

This recipe is my “go to’ recipe for any time I grill steaks – whether it’s outside on a charcoal grill, inside on my cast iron grill pan, or on the George Forman.

Vanilla extract is expensive. Every month the prices just keep going up. I reckoned that it’s nothing more than vanilla beans and alcohol. Did some research and turned out I was right.