Let me say something here that I’ve probably danced around but never said.

I’m not a feminist. 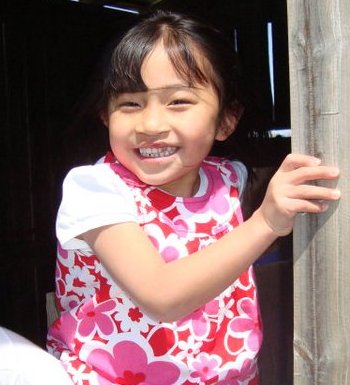 We believe, that as Christian parents, it’s our duty to teach our children to understand and defend the dignity and the worth of every human being. It’s core to the Christian culture, even though it isn’t always practiced due to the makeup of our culture by sinful man.

I enjoyed chapter seven of Nancy Leigh DeMoss’ Lies Women Believe: And the Truth that Sets them Free. Gregg and I are raising our children to be conformed to the Word rather than to the world, and we get a lot of confused reactions to that.

We ask ourselves, Who am I to be brilliant, gorgeous, talented, fabulous? Actually, who are you not to be?

I thought chapter 6 of Nancy Leigh DeMoss’ Lies Women Believe: And the Truth that Sets them Free, just kind of brushed on the issues about marriage and the lies that can trap and hurt women. It seemed to just skim the surface. I don’t know if the author was trying to stay non-controversial or if she just didn’t want to get bogged down in details that could each one make up their own book.

Women who are loving TOWARD men are always lovable BY men, no matter what those women look like over the course of the day to day fray.

The level of personal offense someone takes when presented with a truth claim does nothing whatsoever to invalidate the truth claim.

While Pastor Challies starts his article by pointing out the red herring Evans cooked up — that if wives slouch off on their appearance, husbands will cheat on them — that isn’t what he chooses to focus on in the main thrust. Challies makes the case that while YES appearance counts in marriage, he dispels the notion that becoming a slob absolves your spouse of any sin. Further, he draws the distinction between naturally growing old and living life with what he calls inward and outward appearance.

When a wife rejects or belittles her husband’s sexual needs, she very obviously HARMS his ability to avoid improper sexual impulses. But that isn’t entirely what either of these cited truth claims state. The truth claim in each of the above cases expands on that accepted fact by stating that when a wife ignores (a) her appearance and (b) her husband’s sexual needs, she is NOT HELPING him to avoid sexual temptation.